Jordi Fernandez gets his second NBA win as head coach 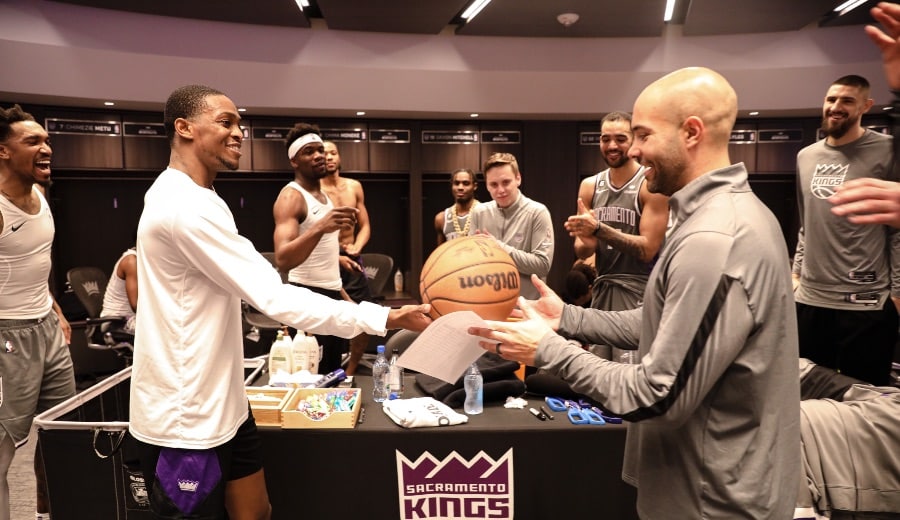 Overall, this season has been very special for the Sacramento Kings. For the rising young talent and the constant comparisons with the dark past of the franchise, one that they are looking to put behind them with great results so far. in which a collective success Jordi Fernandez is a vital piece, both as an assistant coach on a day-to-day basis and as head coach on exceptional occasions. That’s how his debut went, and that’s how he picked up his second win last night, directing from the bench.

After winning the game in which Mike Brown was sent off, the Spanish coach accumulated another two games under control due to the North American coach entering the COVID protocol. A fact that coincides with the Kings’ dual clash against Jordi Fernandez’s former team, Denver. The first match fell in favor of the Nuggets, but last night the tables were turned and the Catalan coach recorded his second win as head coach (126-127), directing the entire match for the first time.

Another day to remember that ended with a happy dressing room chat as usual.

The Kings earned their 18th win of the season and climbed into sixth place in the West, which qualifies them for a playoff berth. Three players stood out with particular talent: Mel Monk (33 points), De’Aaron Fox (31 points and 13 assists) and Domantas Sabonis (31 points, 10 rebounds and 5 assists).