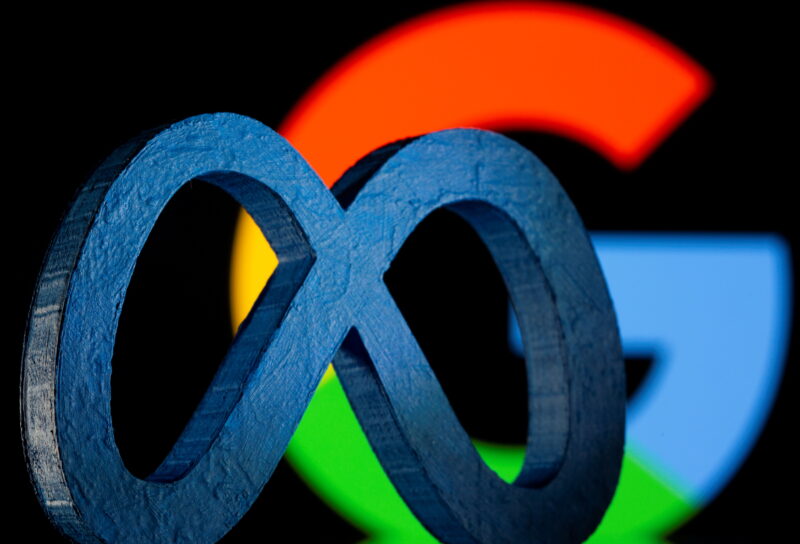 The US news industry is stepping up its efforts to persuade Washington to pass Australia-style legislation that would force Google and Meta to pay publishers for their content.

Ahead of a Senate debate on the Journalism Competition and Preservation Act (JCPA) this week, several regional publishers wrote letters explaining why new laws are “urgently needed” to solve America’s local news “crisis”.

With Canada and the UK edging towards similar legislation of their own, one publishing boss warned that the US will “fall behind many other democracies around the world” if it does not pass the JCPA.

News companies in the US and beyond have long argued that Google and Meta, the owner of Facebook, should pay them for the use of their content.

They argue that the tech companies – together known as the duopoly of the global advertising market – benefit significantly from journalism and should therefore shoulder some of the costs of newsgathering.

Last year, Australia became the first country to pass a news media bargaining code, which forced Google and Meta to strike licensing deals with publishers. If deals are not struck, the tech giants face the prospect of arbitration. The Australian code also exempts news publishers from competition laws by enabling them to collectively negotiate cash-for-content deals with platforms.

Canada’s government has already pledged to adopt Australia-style rules, while reports suggest the UK is planning to follow suit,

In its current nascent form, the JCPA is solely focused on allowing “publishers of online content to collectively negotiate with dominant online platforms regarding the terms on which content may be distributed”.

But the News Media Alliance (NMA), which represents journalism companies across the country, wants the legislation to be strengthened so that the tech platforms could be forced into arbitration if they cannot agree on deal values ​​with publishers.

This would effectively bring the JCPA into line with Australia’s news media bargaining code.

David Chavern, chief executive of the NMA, told Press Gazette: “There has been a basic bill that has been introduced both in the Senate and in the House. It’s very basic. It allows news publishers to collectively negotiate.

“There are ongoing discussions with both House and Senate staff about these expansions. As in: How would the negotiations take place? Who would be included? And how do you do dispute resolution?

“That hasn’t been finalized yet, but clearly one of the topics we’ve been discussing is arbitration, particularly arbitration for news publishers as a dispute resolution mechanism. And that is very informed by what’s happened in Australia.”

Chavern said sponsors of the bill are in the process of debating amendments and the finer details of the JCPA before it can be voted on by the Senate and House of Representatives.

Hal Singer, the managing director of Econ One Research, published an NMA-commissioned report last year that found Google and Meta under-compensate publishers for the use of their content.

Speaking as a witness before the Senate Subcommittee on Competition Policy, Antitrust, and Consumer Rights This week, he explained how the JCPA could work in practice.

“A targeted intervention, similar to the negotiation framework adopted in Australia, would solve the competition problem and mitigate the associated social harms by doing three things,” he said.

“First, it could permit a coalition of news publishers to form a joint negotiating entity to alleviate the power and balance. No news publisher would ever unilaterally shut down access to Google and Facebook. To do so would be suicidal.

“Second, the bill could compel the platforms to negotiate in good faith for the access rights.

“Third, if the good faith negotiation does not produce an agreement, the coalition of news publishers – but not broadcasters – could invoke arbitration rights.

“At that point, a panel of arbitrators would decide, using baseball-style arbitration, whose estimate of the value added to the platform by all the members of the coalition was closest to fair market value for accessing the content in the absence of the power imbalance.”

,The JCPA would give local publishers a fighting chance,

The merits of the JCPA were debated in a meeting of the Senate’s Subcommittee on Competition Policy, Antitrust, and Consumer Rights on Wednesday.

Ahead of the hearing, several large local publishers and journalism industry bodies wrote in support of the legislation to the committee’s chairwoman, Amy Klobuchar, a Democrat sponsor of the bill, and ranking member Mike Lee, a Republican who opposes the JCPA.

Chris Argentieri, president and chief operating officer of the Los Angeles Times and San Diego Union-Tribune, said: “From its inception, the United States has led the world in policies that support a liberal democracy and a free press. Without this type of legislation, we will fall behind many other democracies around the world. Australia, Canada and France have enacted or are considering similar legislation to address this very issue.”

Paul Tash, chief executive and chairman of the Tampa Bay Times, said his title has “made enormous strides into the digital age. We have 30,000 subscribers who read us only on their phones and computers.

“Even so, when it comes to ‘negotiating’ for the rights to our work, we are a very small David going up against enormous Goliaths.

“The JCPA would give local publishers a fighting chance, by letting us stand together on a more level footing with Google and Facebook.”

Michael Klingensmith, publisher and CEO of the Minneapolis Star Tribune, said the JCPA is “important and urgently needed to aid in the survival of local journalism and local news”.

“Local journalism is in crisis,” he added. “In Minnesota alone, with the rise of big tech over the past decades, 82 newspapers have closed and today eight counties have only one local news outlet.

“This trend is appalling and underlines the need for this legislation now. Other countries have recognized that this system requires a fair exchange for the significant value news organizations and local journalism contribute to those two gigantic companies. Local journalism in America needs congressional intervention and it needs it now.”

Speaking at her subcommittee’s hearing on Wednesday, Klobuchar said: “Repeated complaints to Google and Facebook from newspapers and broadcasters are simply ignored, because that’s what a monopolist does. They can ignore things. They can use their market dominance to elbow others out and maintain their control.

“That’s why we need to step in to level the playing field as so many other countries are doing.”

“The only way to fix this is by encouraging competition, and allowing it and promoting it, not eliminating it. And certainly not giving people a hall pass to engage in contact that would challenge, threaten, and undermine it.”

Groups including the Wikimedia Foundation and Public Knowledge, an organization that stands for “freedom of expression, an open Internet, and access to affordable communications tools and creative works”, have also raised concerns about the JCPA.

In a letter to Klobuchar and Lee, they said the JCPA “may actually hurt local publishers by entrenching existing power relationships between the largest platforms and largest publishers. News giants with the greatest leverage would dominate the negotiations and small outlets with diverse or dissenting voices would be unheard if not hurt.”