Juan Ballesteros (42) has over twenty years in sports journalismin both graphic and television media. He went through the writings of the Ole newspaper, where he began writing about Polideportivo and Ascenso; He was then in charge of the National Basketball League press, which shaped him to specialize in his great passion: journalism in basketball. He produced the programs “Lado Oberto” for TIC Sports, “De Liga” for TEC Sports and “Generation NBA” for Deportv, always close to the main national and world figures. For work – being one of the leaders of the journalism team – at the 2008 Beijing Olympics, London 2012 and the 2014 World Cup in Brazil, Martin Fierro won three.

His experience in the media has given him the opportunity to be a part of the coverage and broadcast of the most important sporting events of recent times, thanks to his work on public TV. Coverage of five Olympic Games, three World Cups (this will be part of the Qatar 2022 broadcast), three America’s Cups, five Pan American Games and the World Championships of most sports. 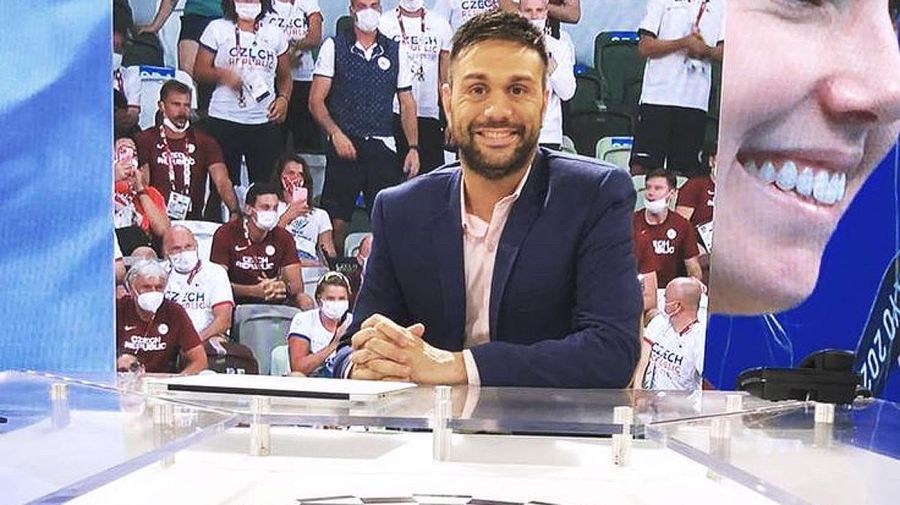 To his credit, he has interviews with Diego Maradona, Javier Macerano, Paul Pogba, Luka Modric, Tim Duncan, Tony Parker, Luis Scola, Martin Palermo, Franco Armani, Pablo Prigioni, Andres Nocioni, among others. “It comforts me to have them,” he says.

Fifty days before the World Cup, the journalist keeps in conversation with 442 that the Argentine national team arrives “With some really good qualifying rounds and celebrations in the Copa America, as well as a team that comes with great enthusiasm among its members. All the positive factors that have to transfer on the pitch now.”

As for the selection, how do you see it?

It comes with some really good qualifying rounds and celebrations in the Copa America, as well as a team that comes with great vibes among its members. All the positive factors that now have to move into the field. In my opinion, he is not one of the top candidates, but if Messi turns on his already existing positives, the Argentine will be very dangerous for any opponent.

What’s it like to be part of a journalism team covering and broadcasting a World Cup? What can you expect from Qatar?

The World Cup is something special because you feel all the energy of a country behind the team and, therefore, of the broadcast. This will be Messi’s last match and the team is on the way. There are many expectations, imagine. Fortunately in Qatar I will be part of the public television team broadcasting the channel’s matches, as I have done since 2010 in South Africa.

How was your start as a journalist?

Ever since I was ten years old, I have felt that my profession was already irreplaceable. After leaving the Deportia Journalism School, where I trained, I began my internship at Ole newspaper and had my first experiences there. It was an extraordinary apprenticeship that surrounded many of the best sports journalists in the country. Later, I worked in the National Basketball League as a press officer, which allowed me to experiment in institutional journalism. It was only in 2006 that I started on TVP and my career on television started. 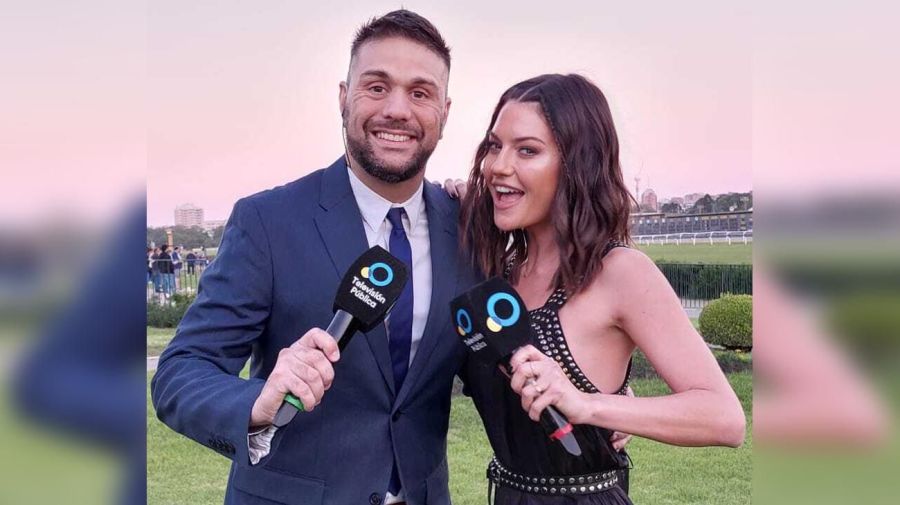 My father, Eduardo, and my mother, Lillian, have worked for a lifetime. Dad had an electrical business and my mom was dedicated to selling office products. I always understood the value of work and effort as I watched them work hard for long hours. Today they don’t take that much time to work and I have more time to watch on TV, hey 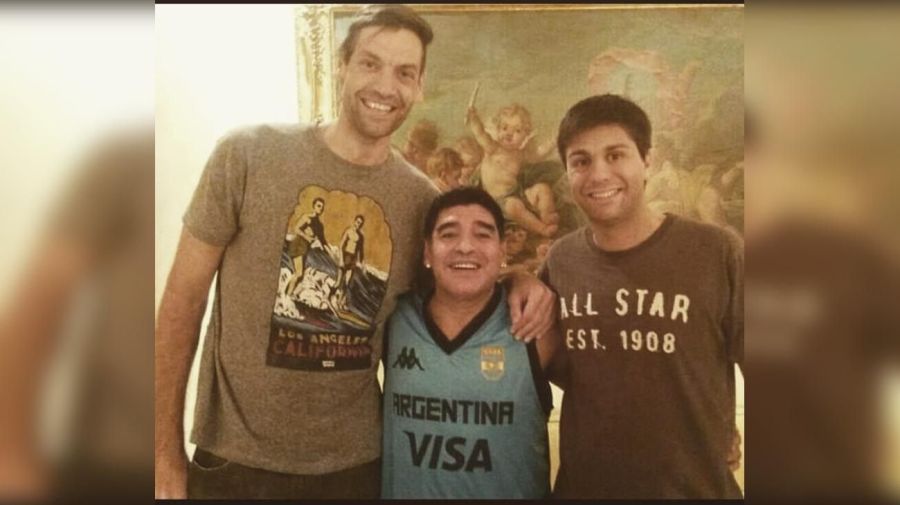 What things marked you in your career?

The interview with Lionel Messi after the painful classification of the first leg in Russia 2018 was unbelievable because of everything that arose around it. Thousands of people behind the scenes and an impressive influence. There I took the real dimension of what it meant to be Messi. The Olympic Games are something special, you feel an energy that is not seen in any other event. Having the best athletes on the planet together is electrifying. My cordial relationship with Emanuel Ginobili allowed me to conduct numerous interviews and learn from his ability to analyze a wide variety of subjects. The report, along with Diego Maradona, Javier Macerano, Paul Pogba, Luca Modric, Tim Duncan, Tony Parker, Luis Scola, Martin Palermo, Franco Armani, Pablo Prigioni, Andres Nocioni, gives me the comfort to have them. 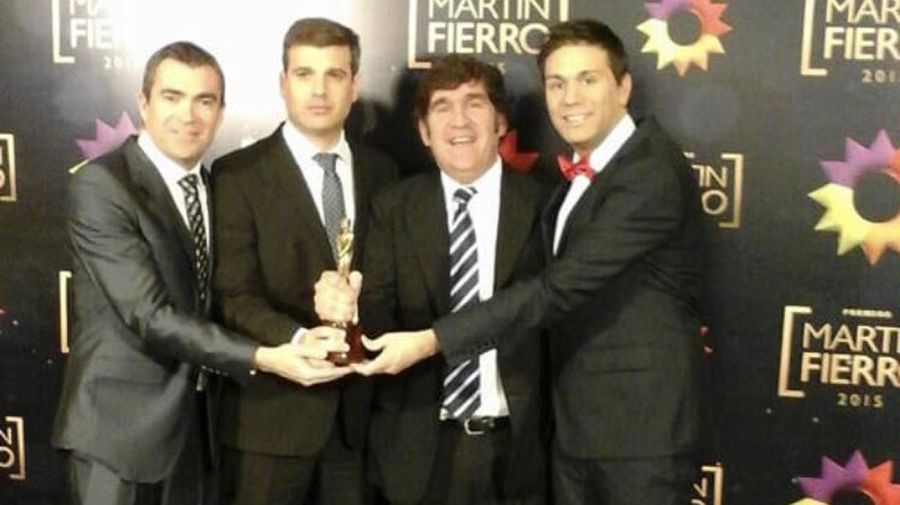 What references do you have in business?

Osvaldo Principe is, in my opinion, the perfection of journalism: a brilliant reporter, professionally honest, cultured and a fan of journalism. I have great admiration for him. In the Ole newsroom I met Andres Pando, a low-profile journalist but with great professional and human potential like Beto Tisinovich, the former boss of that newspaper. My current colleague at TVP Miguel Osovi is another benchmark for well-done journalism. As a driver, I like Toti Passman. There is also author Leila Guerreiro who fascinates me with every text she publishes. I would also like to add two producers who helped me a lot in my career: Hernán Minetti and Federico Russo, from whom I learned the tenacity not to miss any interviews.