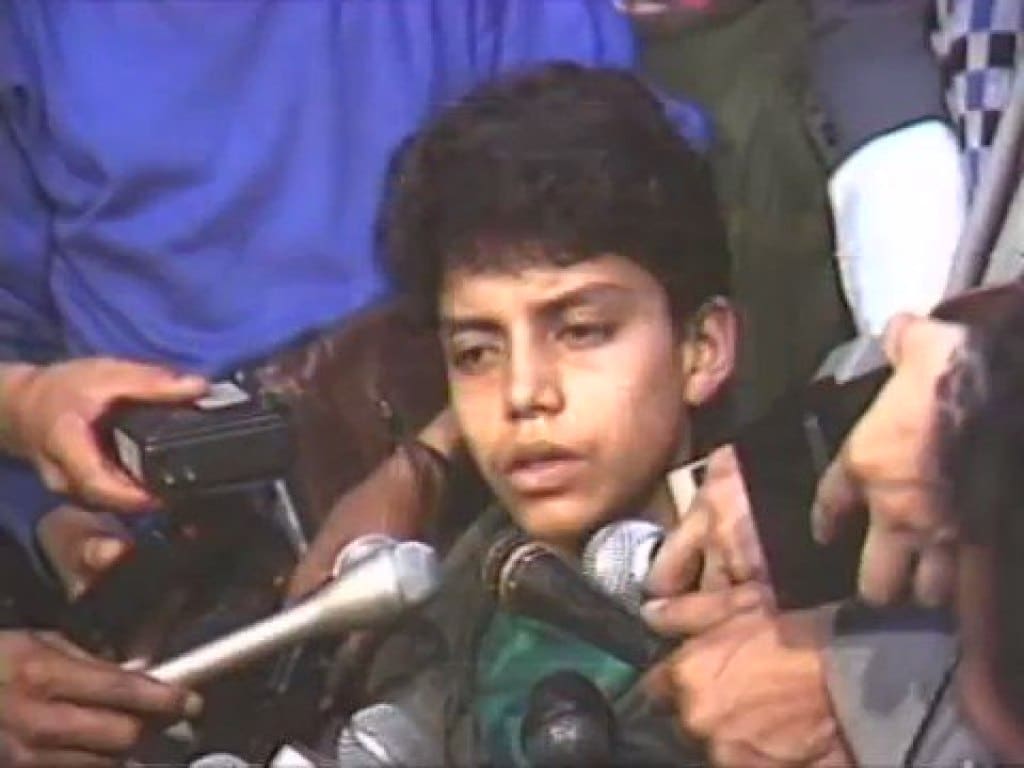 Born on February 28, 1976 in Shushufindi Canton of Sucumbios Province, Hermosa Suárez was adopted by Rafael Olivo Hermosa Fonseca and Zoila Amada Suárez Mejia, who moved her to live in a populated neighborhood north of Quito.

The father owned property and traveled several times a year, so he was left in the care of his mother who was suffering from deafness and rheumatism, so it was the other way round and finally the boy took care of his mother.

When he was 15, he became the leader of a gang made up of about ten youths his age and they all went to the video game store in the center of Quito, but they also went to bars and nightclubs. region.

Exactly on 22 November 1991, while leaving a dance hall, he took a taxi and en route Hermosa Suárez pulled out a 9-millimeter caliber pistol and shot the driver in the head, who died instantly.

One of his friends drove the car and dumped the body on a narrow road, where the police found his body the next day.

A week later, the untimely killer accompanied his gang to a barbershop, where he cut his hair and included a transvestite named Charlie, who invited them to continue drinking at his home.

There was an argument in the house that ended with the transvestite killed by this five-shot killer when he tried to ask for help.

In four months Hermosa Suárez compounded 23 crimes: eight taxi drivers, eleven homosexuals, a truck driver and his assistant, and two others, for which he was referred to as a “child of terror”.

All of those men were shot with 9-millimeter caliber pistols and they always happened during the weekend. This caused panic among taxi drivers and homosexuals who were traveling or going north of Quito.

Major Fausto Terran Bustilos led a squad made up of the Intervention and Rescue Group (GIR) of the Ecuadorian National Police and was in charge of investigating the killings.

That security force arrested a group of juvenile criminals in the city of Quito who tried to rob the place and with the information obtained from those thieves, it was possible to identify who was behind the murders.

It was thus that on January 9, 1992, they located where Hermosa Suárez lived and set up an operation that began at 3:00 in the morning on January 16.

The policemen were located outside the home of the alleged killer and entered through a vent, which they believed to lead to the room of the suspect, who was sleeping in his mother’s room.

The mistake of the soldiers alerted the criminal, who opened fire on the men in uniform, for which the firing started.

The initial killer threw a hand grenade at a group of police officers in the street, triggering an explosion that toppled the wall of the house over the two officers.

Hermosa Suárez’s mother died during the confrontation after being hit by 11 bullets, while the killer was arrested 15 minutes later, without a scratch, while trying to escape through the back window.

About 15 agents transferred the killer to García Moreno prison that morning, where they were shocked to learn that he was a minor.

“I want to clarify that my name is Juan Fernando Hermosa Suárez and I will be 16 on February 28,” said the prisoner, who assured that he did not intend to kill, as he remarked that he had killed the victims. was asked to remain silent. , that nothing will happen to them but by ignoring their lives,” said the captive.

He also admitted that on one occasion he was threatened with a 22-caliber revolver, and on another occasion a taxi driver tried to attack him with a wheel wrench, for which he had to hit them with his weapon.

He was sentenced to four years in prison, with Ecuadorian law giving the maximum sentence to a minor, and was sent to the Virgilio Guerrero Juvenile Rehabilitation Center.

In his first 16 months in prison, he managed to become a leader and stab his girlfriend, Yadira, with a pistol with which he killed a police officer who tried to stop him when he killed ten people in 1993. Along with the youth tried to run away with five youths. shot.

Hermosa Suárez fled to Bogota, Colombia, where she made a living selling stolen jewelry, but they were also looking for her in that country, so you don’t continue to commit crimes as easily as you used to in Ecuador could keep.

Soon he was found and, exhausted by hunger, he turned himself in, but was released in 1996 after serving his sentence. After his release, he went to live with his father in Nueva Loja, Sucumbios.

Police reported that five hooded men would be responsible for the crime and explained that they were able to identify Hermosa Suárez from the identification document kept in her wallet, as it was mutilated and showed signs of torture.

The killer was murdered with an ax in the back, bullets in the face and all over the body, and his hands were tied with strings.