Juarez at the forefront of neighborhood conflicts 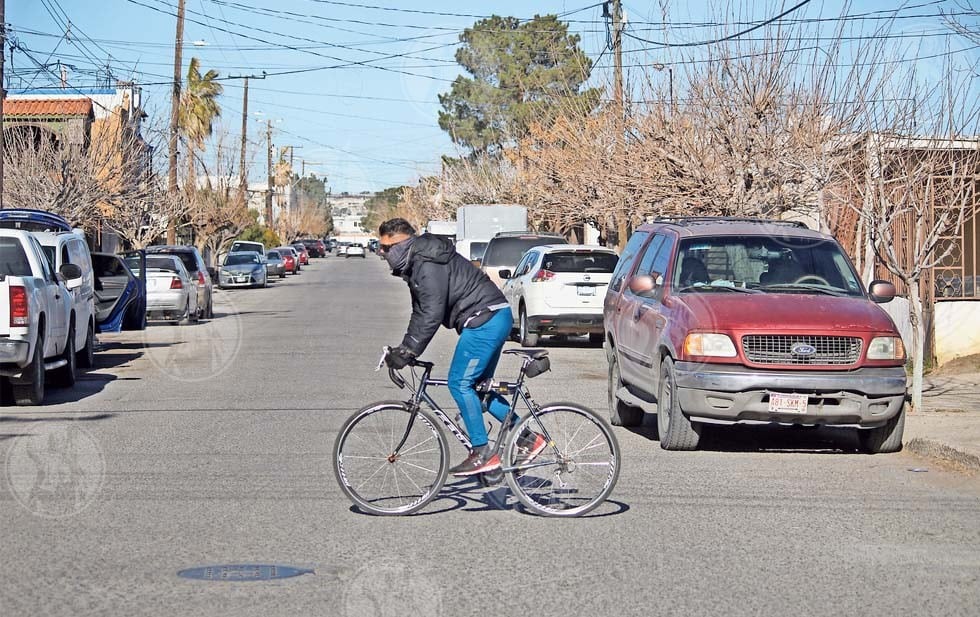 juarez cityAccording to data from the National Institute of Statistics and Geography (INEGI), Juárez has the highest percentage of neighborhood conflicts among the country’s six most populous neighborhoods. On this threshold, 83 out of every 100 people aged 18 and above “experienced at least one conflict or direct confrontation with neighbors resulting from coexistence problems” in the last quarter of 2022 (September to December). carried out”, while the rest of the municipalities had figures for this indicator between 66.6 and 80 percent, as shown by ENEGI’s national survey of urban public safety.

The 2020 Population and Housing Census indicates that the most populous municipalities are Tijuana, where the conflict indicator specifies that 80.1 percent were with neighbors; Iztapalapa, Mexico City, with a rate of 79 percent; Leon, with Guanajuato, 77.9; Puebla, Puebla, with 66.6 and Ecatepec, State of Mexico, with 69.6 percent.

Juárez ranks 6th among the most populous municipalities according to Inegi. According to the National Survey of Urban Public Safety the conflicts in question are diverse: for travel, for inheritance, for problems when buying, for misbehavior with the police, for fights on public transport, for gossip and for pets.

The noise also leads to conflicts, which have been a constant problem for Ezra, whose real name has been withheld for security reasons, with his neighbor for over a year already.

Despite complaining to the 911 emergency number, the affected woman says, “She’s a very combative person, you can’t even see her because she attacks you.” Or too late or none.

At the same time, he said he had a problem with the same neighbor, “for using a parking space that isn’t his, it’s public, and he doesn’t cover his garage, but he’s already threatened me.” and I can’ do nothing against it.”

According to Claudia Areola, coordinator of Red de Vecinos de Juárez, the most common conflicts her team runs into are usually related to parking lots, paying fees for controlled-access subdivisions (which include guards, security system, etc. have to be paid). security, electricity from the guardhouse and even paying for the maintenance of parks inside the campus), and the inconvenience caused by pets.

“You have to live by the law. If you live well, you are doing what you are supposed to do as a good neighbor” Claudia Areola, Coordinator of the Juarez Neighborhood Network

it is possible to condemn

The INEGI database on the National Survey of Urban Public Safety shows that the most common conflicts in Juarez are caused by noisy, obstructing garages and pets, with 35.23, 25 and 22.73 percent respectively. These are figures well above the national average, indicating that in terms of noise, it is generally a problem for 15.7 per cent of those who had a conflict, and parking problems were experienced by 12.8 per cent of the complainants in the survey. is done.

All are conflicts that can be resolved and denounced if no agreement is reached. The municipal government, remembering Arriola, has worked intensively with the campaign and talks about it.

For example, regarding noise from neighbors, they have spread that it can be reported to 911 so that the city police can come to call attention to neighbors who engage in violent activities. After that, you can call the Department of Ecology at 7370136 to give the report number given in 911 and thus fix the noisy person according to the municipal data.

However, legal recourse and censure before authorities can be avoided through negotiation, Arriola remarked, and through respect. “You have to live according to the law. If you live well, you are doing what you have to do as a good neighbor”, he explained.

Mediating direct conflicts between neighbors can also avoid the legal route. According to the Inegi survey, half of the people in Juárez who have conflicts in the neighborhood manage to resolve them through dialogue or negotiation.

However, on the other hand, the rate of insult or indecency is higher at 21.88 and 20.31 per cent respectively. For 15.63 of the surveyed population, there is no way to solve problems.

In only 1.56 percent of cases, the attempted settlement resulted in property damage to the home or car of the person confronting his counterpart, and physical violence in 4.69 percent.

Ezra didn’t try to solve the problem because he didn’t want retribution. He assures that this neighbor is the only person with whom he has a dispute, so it will be clear who condemns him.

Claudia Areola said that all these conflicts are usually a crime. Therefore, it first recommends mediation with the help of the Neighborhood Conflict Department of the Municipal Public Security Secretariat.

“It’s not a legal solution, but it’s before they reach the legal, because they are the crimes they’re committing,” he said.

The other type of people with whom citizens had conflicts in the last quarter of 2022 were officers in 14.06 per cent cases, and against establishments, 9.38 per cent times, the National Public Safety Survey Urban indicates.