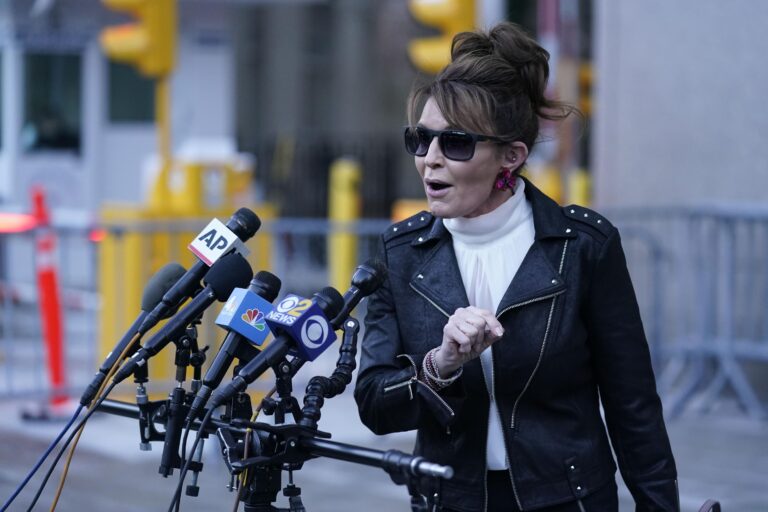 NEW YORK ( Associated Press) — The judge presiding over the libel lawsuit brought by former vice presidential candidate Sarah Palin against The New York Times said Wednesday that jurors knew before delivering their verdict that he’d already decided to rule against Palin but they said it didn’t affect the outcome.

US District Judge Jed Rakoff said in a written order that several jurors told a law clerk after deciding against Palin on Tuesday that they had received news flashes on their phones about Rakoff’s Monday announcement that he’d toss out the lawsuit regardless of the verdict.

“The jurors repeatedly assured the Court’s law clerk that these notifications had not affected them in any way or played any role whatever in their deliberations,” Rakoff wrote.

The judge invited lawyers to speak up if they wanted to challenge the verdict. Besides describing the assurances by jurors that his findings didn’t affect their verdict, Rakoff also noted that no lawyers objected to his plan when he told them Monday morning that he’d decide and announce his findings on the case as a matter of law later that day.

He said at the time that he’d let jurors continue deliberating because he expected the case to be appealed and wanted the appeals court to have his ruling as well as the conclusion reached by the jury.

As Rakoff explained to jurors after the verdict was announced, the judge makes decisions based on aspects of the relevant laws as to whether Palin had proven her claims against The Timeswhile the jury decides the case based on the evidence it hears and views as the trial proceeds.

Palin claimed in her 2017 lawsuit that the newspaper libeled her with an editorial about gun control published after a Republican congressman was wounded that same year when a man with a history of anti-GOP activity fired on a Congressional baseball team practice in Washington.

In the editorialThe Times wrote that Palin’s political action committee had contributed to an atmosphere of violence by circulating a map of electoral districts that put 20 Democrats under stylized crosshairs before a Democratic congresswoman was severely wounded by gunfire in 2011.

The Times acknowledged that the editorial wrongly described both the map and any link to the shooting, but it said it quickly corrected the errors, which it described as an “honest mistake” never meant to harm Palin.

In announcing Monday he’d rule against Palin, Rakoff said the former Alaska governor failed to prove the newspaper acted with malice, which is required in libel lawsuits involving public figures. He also said he was “hardly surprised” Palin sued after “very unfortunate editorializing on the part of The Times.”