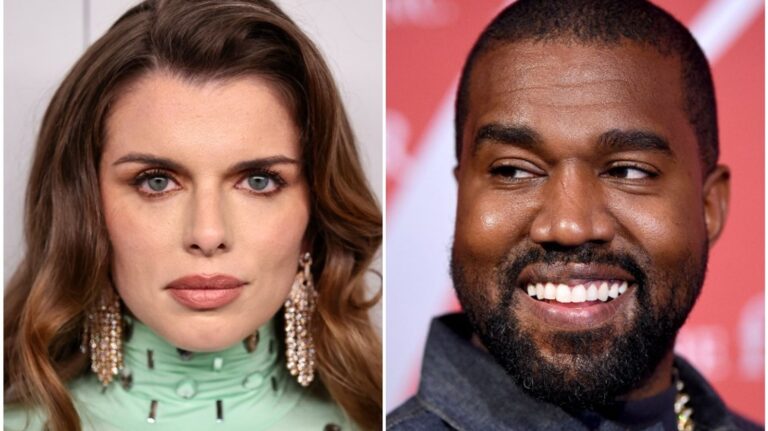 Julia Fox has gone public about her relationship with Kanye West after the paparazzi spotted the pair together in New York.

The “Uncut Gems” star opened up about her seemingly whirlwind romance with West—who changed her name to “Ye” last fall—in a first-person essay for Interview magazine. The article was accompanied by a series of steamy photos shot by Kevin Leva.

“I met you in Miami on New Year’s Eve and it was an instant connection,” Fox wrote. “His energy is great fun to be around. He made me and my friends laugh, dance and smile all night long.”

The actor said he and West “decided to keep the energy going” by flying to New York to catch a performance of Broadway’s “Slave Play”, followed by a night out at Carbone, an Italian eatery in Manhattan’s West Village neighborhood. The food was in favor of Jennifer Lopez, Madonna. and other stars.

But the “real Cinderella moment,” Fox explained, happened after dinner when West surprised her with “a full hotel suite full of clothes.”

“It was every girl’s dream come true,” she wrote. “I don’t know how he did it, or how he got it all in time. But I was so surprised. Like, who talks like this on a second date? Or a date!”

Describing the early days of the relationship as “so organic”, she added, “I don’t know where things are going, but if this is any indication of the future I love the ride.”

Fox, who was born in Italy, split from Peter Artemive in 2020. Last week, she allegedly accused her ex of being a “dead beat alcohol drug addict dad” who “left me with a 5-month-old baby and a dog and a house and all the bills” in a series of Instagram stories. In.

Although the latter date was not mentioned in Fox’s essay, she and West reportedly dined together at Miami’s Makoto Bal Harbor over the weekend.

“They’ve both just moved out of their old relationship, and they’ve helped each other a lot,” a source told Page Six of the New York Post. “They’re kind souls, and it’s nice to see.”