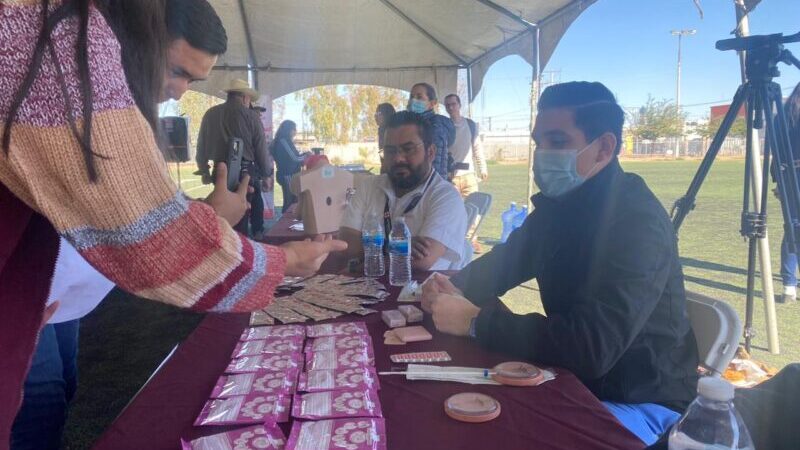 mexicali, December 26, 2022., in order to stop sexually transmitted infection (STI) In young people and adolescents, the Mexicali Health Service Jurisdiction (jssm) invites the population of this age group to contact Friendly Services by the Ministry of Health,

In this regard the Head of JSSM, Laura Andrea López Cruz, indicated that STIs are latent, which is why he widely recommended the use of condoms as protection against said diseases; Also reiterating for young people to go to their locality health units to seek guidance and medical information on how to lead a responsible sexuality.

The judicial chief stressed that access to condoms is extremely simple, as there are female and male condoms, which are given to users at health centers free of charge; Apart from trained personnel to know the right way of its use.

She pointed out that the female condom is still unknown to some women, so learning about this contraceptive method as a way to prevent STIs is extremely important; Explained it is a transparent, soft and resistant sheath made of latex, nitrile or polyurethane, with two plastic rings (one at each end) and lubricant.

Among the benefits of using it, he noted, is that it can be put in up to 8 hours before intercourse, if you wish, or any time before intercourse, with no need to go for a consultation or have a prescription to obtain it. And you can use it to prevent sexually transmitted infections during menstruation or during pregnancy.

The judicial chief invited the youth to use double protection, that is, the man uses a condom and the woman uses a hormonal method, or a long-acting reversible contraceptive (ARAP)As it increases protection and prevents unplanned pregnancy, contracting sexually transmitted infections, such as HIV, chlamydia, gonorrhea, herpes, syphilis and human papillomavirus which can cause genital warts and is associated with certain types of cancer .

López Cruz indicated that these infections affect both men and women and can also be transmitted to the product during pregnancy, causing serious health problems for the baby, hence the importance of being well informed, he added. concluded.