“Justice will be done”: AMLO announces the murder of a tamale seller and asks del Mazo to visit relatives AMLO promised, “The case will be reviewed and if necessary and requested by the family, Alfredo del Mazo will receive them.”

President Andrés Manuel López Obrador promised Justice to the family of George Claudio Mendozaa tamarind seller the killing in Cuautitlán Izcalli by a motorist who was driving in drunk mode already Quick,

When asked about the issue at a morning conference, the Mexican President assured that the government of Alfredo del Mazo would resolve the matter and allowed a PRI member to meet with the victim’s family to inquire about their concerns about the investigation. Said for

“We have great confidence in Alfredo del Mazo, the governor of the State of Mexico. You are probably already looking at or reviewing this issue. Alfredo is sensitive, he knows that injustice should not happen and I support him”, AMLO said at the National Palace.

They released the driver who struck and killed a tamale seller in Cuautitlán Itzcalli.

Thus impunity in the State of Mexico. pic.twitter.com/zmN5gLdoS0

about the fact, Alfredo del Mazo promised to give him Support and legal assistance to the family of George Claudio and assured that he would ask the Mexico State Prosecutor’s Office to re-review the case and explain why they released the killer Ken Omar,

,Glad if we can help with financial matters, We are going to ask the prosecutor’s office to review the case and see why this release was granted,” he said.

The governor of the State of Mexico was harshly questioned about the matter at the morning conference; However, he limited himself to answering that the state prosecutor’s office would thoroughly review the case.

– “Governor, is a life in Mexico worth 230 thousand pesos?” asked a reporter.

“The matter needs to be reviewed in depth, to see why the Public Ministry has determined and I will ask the prosecutor of the State of Mexico that we can review this matter in depth to inform him what may happen next And certainly, this situation does not deserve that this resolution has been set,” he replied.

Finally he said he would talk to the prosecutor today Jose Luis Cervantes Martinez To give information about the case. 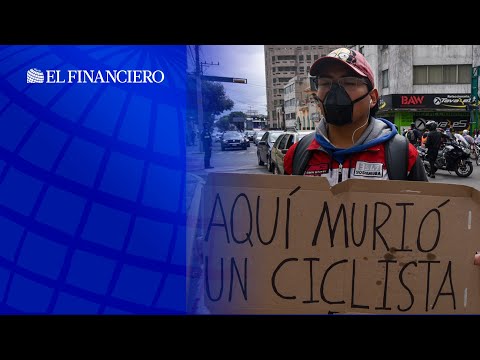