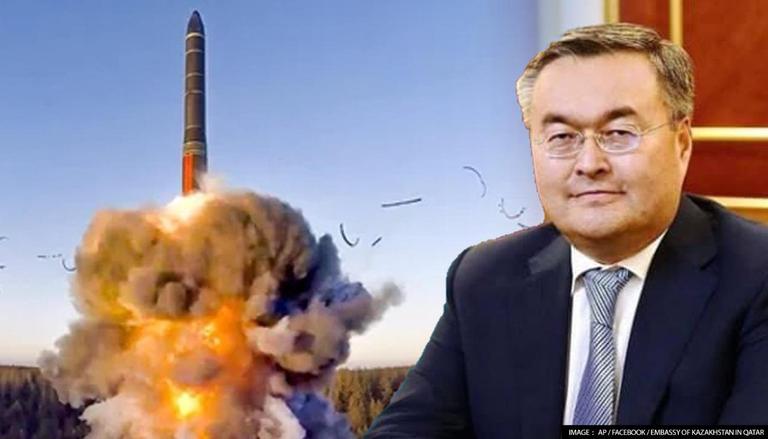 Citing the current situation in Ukraine, Kazakh Foreign Minister Mukhtar Tyuberdi appealed to all nuclear-armed countries to eliminate their lethal weapons by 2045. Taking to the Telegram messaging app, the minister said that the risk of Russia using nuclear weapons is too high. and urged the Kremlin to abandon the idea of ​​using a deadly weapon against its neighboring nation. Notably, the Kazakhstan minister’s statement comes ahead of the first meeting of the States Parties to the Treaty on the Prohibition of Nuclear Weapons (TPNW). The conference is scheduled for today on June 20 in Vienna.

“The world is now in crisis, the risk of using nuclear weapons is enormous, and what is happening in Ukraine and mutual threats are driving the ban and elimination of nuclear weapons,” Tuberdi said. He said the current situation in the already war-torn country has prompted many countries to appeal to Moscow to consider before taking any action against Ukraine. The Kazakh minister urged Russian premier Vladimir Putin to think about humanity’s collective vulnerability if he fires such a destructive weapon on the battlefield.

“The current military conflict on the territory of Ukraine, talking about the withdrawal of nuclear weapons and the mutual threats to the use of nuclear weapons has made us, more than ever, the collective vulnerability of humanity and the urgent need to ban and end these deadly Thought about the need. Weapons,” the minister said. In addition, Tuberdi called on all countries that have nuclear weapons to draw up a roadmap to eliminate nuclear weapons by the United Nations Centenary- by 2045. Citing figures presented by UN Secretary-General Antonio Guterres, he said that more than 13,000 nuclear weapons are now scattered around the world, and the threat of their use has become “more real than in the darkest days of the Cold War”. .

Amid speculation that Russia might use nuclear weapons against neighboring Ukraine, Russia’s first deputy permanent representative to the United Nations, Dmitry Polansky, dismissed the possibility, saying the state’s existence would be in danger. If so, Moscow will use them. During a meeting of the UN Disarmament Commission, Polanski dismissed all allegations and speculation that Russia encouraged the use of nuclear weapons against Ukraine, according to a report by the news agency Sputnik, Polanski. Earlier on February 28, Moscow raised a global alarm after Russian President Vladimir Putin put the country’s strategic nuclear forces on high alert. Responding to Putin’s command of nuclear weapons, Kremlin spokesman Dmitry Peskov had earlier said that the country has a concept of domestic security which states that Moscow’s position may resort to its nuclear weapons.

Three fishing boats catch fire off the coast of Panama