‘Kids play free?’ They do in much of Tennessee thanks to Scott Stallings, who is raising awareness at Valspar

PALM HARBOR, Fla. – For the second straight year, the Valspar Championship is allowing players to get creative with their name on their caddie bibs. Some are playful such as “Kick me” or “24karat” and others are simply promoting their social media handle or, in the case of Lanto Griffin, trying to make sure his name is pronounced correctly – “It’s Lawn-Toe.”

Then there is Scott Stallings, who saw an opportunity to bring awareness to a cause near and dear to his heart. “Kids Play Free” adorns the bib of his caddie, John Yarbrough, this week. The Scott Stallings Kids Play Free Initiative is a program that Stallings started in his home state of Tennessee with the support of the Tennessee Golf Foundation.

Several years ago, Dick Horton, who retired in 2018 after spending 45 years with the Tennessee Golf Association, asked Stallings how he was going to pay it forward to the junior golfers coming behind him. After much debate, they agreed that time, cost, and accessibility are the three primary barriers keeping more young people from playing.

“Our program is designed to eliminate all three at once,” Stallings said.

The mission is simple: Provide Tennessee’s youth with unrestricted, free access to the game of golf at multiple facilities, 365 days a year.

“All you have to do is physically show up,” Stallings said.

After a soft-opening of the program in 2015 during which 100 free rounds were used, Stallings said the program began in earnest in 2017 at one course. It’s grown beyond that — all kids under the age of 17 can play any of the metro courses in Memphis at Beverly and Concord Park Golf Courses in Knoxville — and more than 10,000 rounds will be played this year. More than 20,000 rounds in all have been played by kids ages 3-17.

In 2015 with @tngolf, I set out to end the “I can’t play golf because it’s expensive” excuse by creating the KPF. The mission is simple: Provide Knoxville’s youth with unrestricted, free access to the game of golf 365 days a year. I invite you to enroll at https://t.co/JGOWtO3OST pic.twitter.com/KOvEEnXSoZ

Most of the supporting courses are typically owned by municipalities, which means it’s necessary to raise money to underwrite the free rounds and pay the municipalities.

“Scott donates a lot of the money himself and he helps us raise the funds that affect these programs as it spreads across our state,” said Whit Turnbow, president of the Tennessee Golf Foundation.

Read Also:  Once a hideous slave pen, now a museum about slavery and freedom

The program is funded by private donations and fundraisers. Next week, he’s set to host a fundraising whiskey dinner. Stallings also has involved all of his sponsors in this important cause. 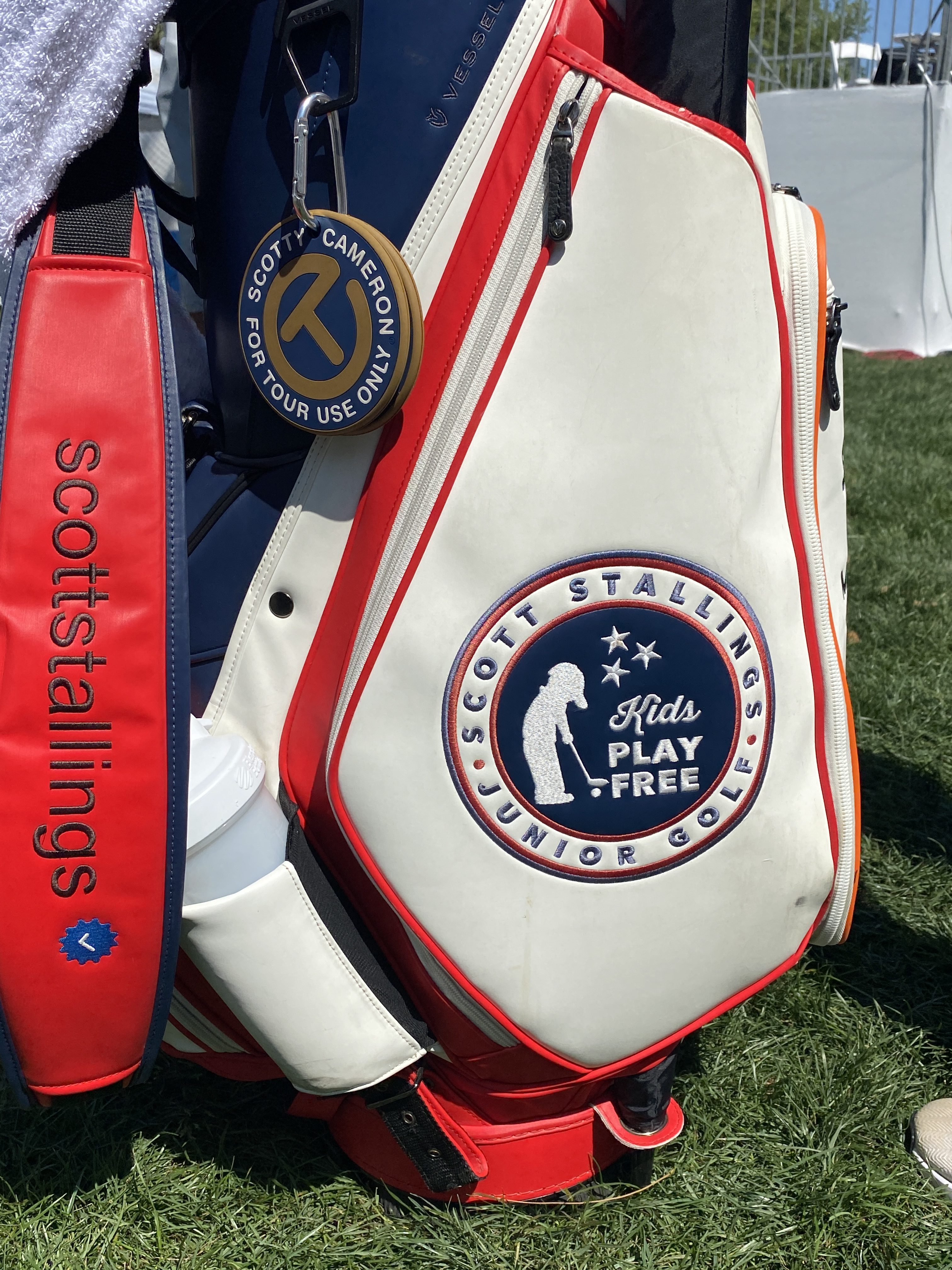 Scott Stallings always has Kids Play Free on the side of his golf bag. (Adam Schupak/Golfweek)

If Stallings had his way he would have Kids Play Free on the back of his caddie bib every week.

“Absolutely, who cares who I am,” he said. “Golf’s given me more than I deserve, and I’ve got an opportunity to make it better than it was when I got here. If we’re truly going to be ambassadors for the game and try to make the game better, we have to use our opportunities to influence the game and let people know we are trying to grow the game in any way, shape, or form. If putting that on the back of my bib brings awareness to our program in Tennessee so be it.”

With rounds of 65-66 through 36 holes, Stallings is tied for third with defending champion Sam Burns and should get plenty of TV time for his caddie bib. Turnbow already reached out to Yarbrough with one request.

“Whatever you do, don’t turn in that bib,” Turnbow said. “We’re going to put it in our Tennessee Hall of Fame.” 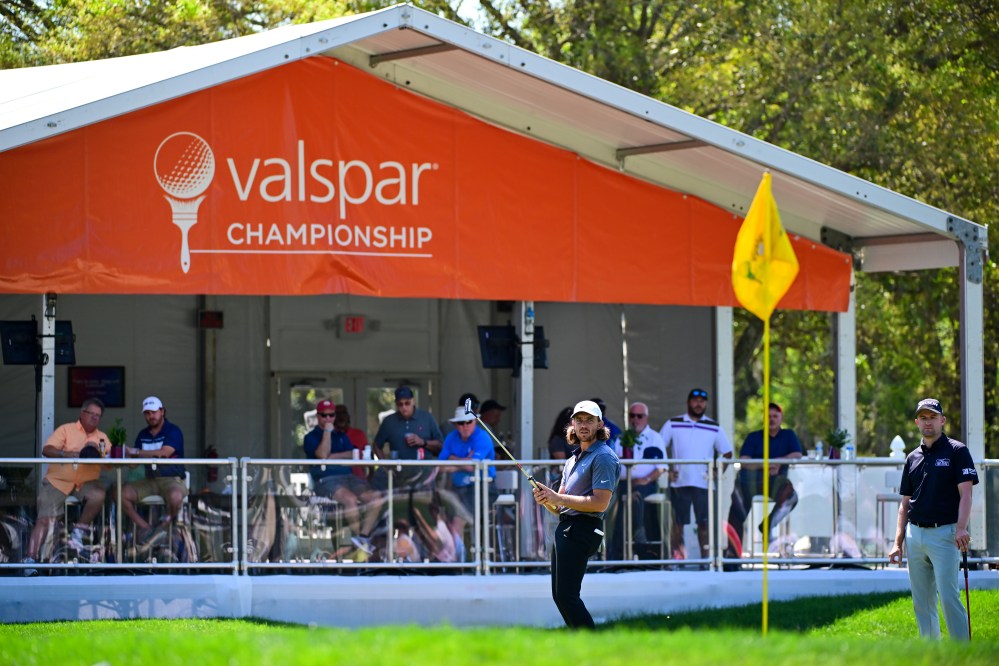