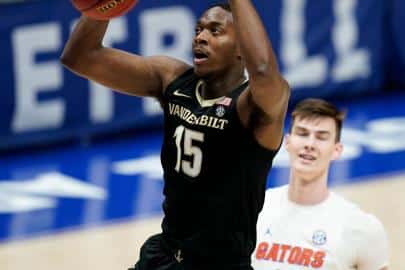 Oviedo will be the third professional experience for Brown, who coached at Vanderbilt University and Florida International, after passing through the Australian Second Division and most recently the Kosovar League with Trepka.

In eleven games played in the aforementioned league, the interior player, who can alternate center and power forward positions, averaged 4.9 points while adding 4.4 rebounds in eleven minutes of play.

For Alimerca OCB’s general director, Hector Galán, Brown’s inclusion means “adding a different profile to that position of five because of the physique and the conditions. It’s not an obvious five, but when playing the two inside position it gives us Gives other options, which is something we’ve been looking for since the start of the preseason to complete the inside game.

“As always, I want him to adapt quickly and give us those options in the team to stay competitive,” he added.

Alimarca Oviedo Baloncesto and player Aleksandar Andrejevic have finalized the contract that binds them to date.

On behalf of the club we would like to thank Alexander for his work and commitment during the time he has been with us and we wish him the very best in his future personal and professional projects.