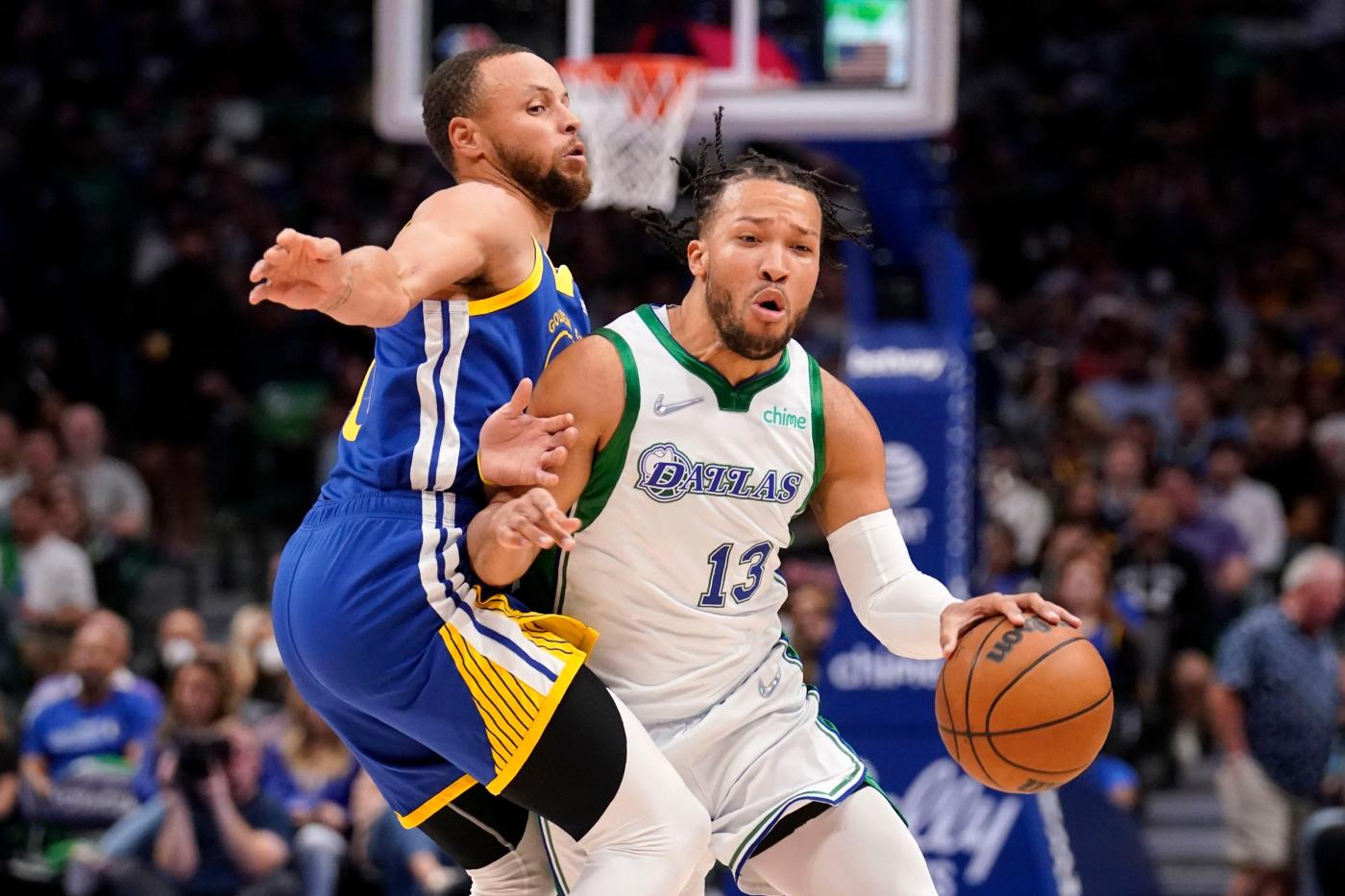 Spencer Dinwiddie’s emergence with the Mavericks presents an interesting question as it relates to the Knicks and their point guard dilemma: will Mark Cuban now allow himself to get outbid for Jalen Brunson?

The Knicks’ strong interest in Brunson is well-known in NBA circles, but the Mavericks, pushing toward contention with Luka Doncic running the show, resisted trading their starting point guard despite discussions, according to a league source.

The Mavericks instead dealt Kristaps Porzingis to the Wizards for a package that included Dinwiddie, who is earning $18 million next season as another guard and ballhandler. Since that trade, the Mavericks are 5-1 with Dinwiddie’s role steadily increasing, as head coach Jason Kidd has helped right the ship.

The new mix hasn’t drastically cut into Brunson’s minutes yet, but there’s been a slight decrease (for instance, he played less than 30 minutes Thursday for just the second time in the last 20 games, with Dinwiddie subbing out Brunson for the final 6 minutes).

In the bigger picture, Brunson, 25, will become an unrestricted free agent after the season. Cuban said the Mavericks will “do all we can” to retain Brunson, but that was before the Dinwiddie trade — and before Cuban committed a $52 million extension to Dorian Finney-Smith. The Mavericks can still re-sign Brunson using Bird Rights, but they’d be deep in the luxury tax while disproportionately spending on a backcourt that already includes Doncic (earning $35.7 million next season), Dinwiddie ($18 million) and Tim Hardaway Jr. ($19.6 million).

The Knicks, as constructed, are also capped out but have enough flexibility with short contracts and future draft picks to create space via trades. Four players earning at least $9 million per year (Derrick Rose, Alec Burks, Kemba Walker, Nerlens Noel) can become expiring deals next season. If signing Brunson outright is impossible, the Knicks could also acquire him in a sign-and-trade with the Mavericks.

Brunson, who is averaging 16 points this season while shooting over 50%, is reportedly looking for a deal in the range of four years, $80 million. It’s similar to the deal given to Brunson’s comparison, Toronto’s Fred VanVleet, who signed for four years, $85 million.

The Knicks mistakenly passed on seriously pursuing VanVleet during the 2020 free agency, and, two years later, they’re still searching for a solution at point guard. The hole at the position was opened further by the failed gamble on Walker and injuries to Rose, who remains out following a procedure to his ankle area.

The Knicks have most often used Burks, a natural wing, as the starting point guard. Heading into Friday, the team ranked 27th in points per game, 27th in effective field goal percentage, 26th in offensive efficiency and last in assists.

“That’s the best we have,” Tom Thibodeau said when asked about the sustainability of using Burks at point guard. “So that’s what we’re doing, and they’re capable.”

New York’s connection to Brunson goes beyond the position. His father, Rick, is a former Knick and the first client of Leon Rose, who was a longtime agent before becoming Knicks president. Rick also served as Thibodeau’s assistant in Chicago and Minnesota.

Of course, Thibodeau’s future is on shaky ground with the Knicks plummeting to the fringe of the playoff picture. But whether or not Thibodeau sticks around, the Knicks would be smart, given their current predicament, to capitalize on the availability of one of the top point guards in free agency.