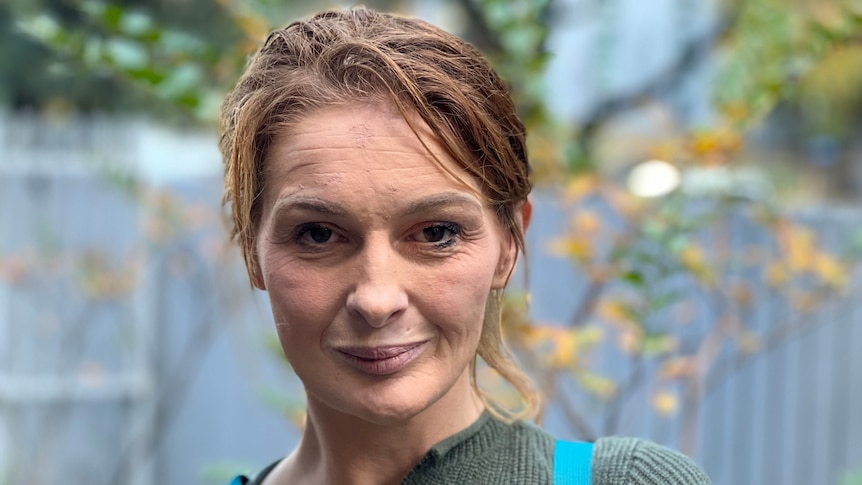 Crouched in her cell so she could speak through a metal grate in the bottom of the door, Kylie Bastin tried to calm her friend Veronica Nelson.

The family of Veronica Nelson have granted permission to use her image.

“She was screaming like she had a sharp, stabbing pain in her stomach and no one come down to help her,” Ms Bastin told a coronial inquest this week.

Ms Bastin would have gone to support her, but the Dame Phyllis Frost women’s prison was in lockdown overnight, so none of the women could leave their cells.

Read Also:  The government is giving free rations for the next two months, there is no ration card, so make it like sitting at home.

Earlier that day, she’d helped a frail, alarmingly underweight Veronica down the Yarra Unit corridor to her new cell.

Her friend was withdrawing from heroin, so Ms Bastin grabbed some cordial from her own cell to give her — she knows firsthand that sugar helps ease the painful process.

She told the inquest her efforts weren’t welcomed by the “arrogant” guards who had escorted Veronica into her cell.

“They tried to say I wasn’t allowed to, and I was like, well, she needs it,” she said.

The Gunditjmara, Dja Dja Wurrung, Wiradjuri and Yorta Yorta woman died alone in her cell in the early hours of January 2, suffering from a rare medical condition that affects the intestine and heroin withdrawal.

An inquest into her death has heard there were multiple missed opportunities to discover her critical illness and potentially save her life.

It has also shone a bright light behind the doors of Victoria’s maximum-security women’s prison, where a prison supervisor believes women haven’t been able to access appropriate healthcare for years.

The inquest has heard the prison holds roughly between 350 and 580 women, and as many as 90 per cent of them are withdrawing from drugs when they arrive.

In Ms Bastin’s experience, the support they receive is poor.

“They treat us as junkies,” she told the inquest.

She said women were given a generic withdrawal pack, regardless of their specific drug addiction history.

If you or anyone you know needs help:

Despite the Royal Commission into Aboriginal Deaths in Custody recommending more than three decades ago that prisoners have access to the same standard of healthcare as the general community, Ms Bastin said getting your hands on something as basic as Panadol takes “takes hours, if they come “.

When you’re sick in the prison, Ms Bastin said women needed to fill in a form, before sometimes waiting three days to see a doctor.

“You can’t see a doctor straight away — it’s ridiculous.”

Ms Bastin remembers Veronica as a highly respected woman whose deep Aboriginal spirituality was a source of guidance for many.

“If people were down, she was helpful… [she was] always wanting to help people and be there for people,” she said.

In heartbreaking clarity, that same gentle nature has been broadcast to a packed courtroom of lawyers this month, as Veronica used “miss” and “thank you” over intercom calls where she asked for help with worsening vomiting, cramps and pain.

During Friday’s coronial hearing, prison officer Tracey Brown, who was on night shift in the prison unit where Veronica died, agreed she failed Veronica when she didn’t check her cell after she became unresponsive on her final intercom call.

The night nurse Atheana George, who spent hours watching a movie while Veronica was dying in her cell, told the inquest she didn’t know why she hadn’t checked Veronica’s patient notes before she went down to give her medication early on the morning she died.

Ms George said when she briefly assessed Veronica through a flap in her cell door, she was alert and calm and polite and able to walk to the door and hold out a cramped hand to receive some pills.

From this, Ms George judged a full nursing assessment wasn’t required — a decision she admitted was wrong and a missed opportunity to save Veronica’s life.

Ms Bastin has been left angry by the way Veronica was treated in her final days at the prison.

“They just sent her through to Yarra [unit of the prison] where they just let her die,” she said.

December 30, 2019: Veronica is arrested, interviewed and taken to the Melbourne Custody Center where she is remanded overnight.

December 31, 2019: Veronica represents herself in a hearing where bail is denied. She is taken to the Dame Phyllis Frost Center that afternoon.

She is medically assessed by a doctor and nurse, before undergoing a mental health assessment by a psychiatric nurse.

Overnight, she makes multiple calls to report cramping and vomiting and request a drink.

January 1, 2020: Veronica makes more calls to report her symptoms. She is examined by a doctor and nurse and given water-soluble electrolytes, but continues vomiting.

She is transferred from the medical unit to the main part of the prison. As night falls, Veronica’s calls for help escalate to screams.

January 2, 2020: Veronica makes her final calls for help around 4am, then the calls stop. Veronica’s body is discovered at 7:50am.

Prison supervisor Leanne Reid reached for the same word when she was invited to reflect on the way more junior prison officers had responded to Veronica’s calls for help during her first 24 hours at the prison’s medical unit.

Veronica had told the overnight officer she’d thrown up in her cell, but no effort appeared to have been made to open the cell and check on Veronica, who was told the vomit would be cleaned in the morning.

The next day, she was told “not an emergency, stop asking” when she repeatedly called from the medical unit — which is reserved for new arrivals and unwell prisoners — to see the doctor.

Ms Reid, who has worked at Dame Phyllis for 23 years, told the inquest in all that time, she had been frustrated as a prison officer by the poor healthcare on offer.

“I don’t think that the care is of a high standard,” she said.

She said unwell women would sometimes wait hours to be assessed, and days to get medication.

She said she hadn’t formally lodged complaints due to fear of retribution, but she encouraged the women at the prison to complain to external agencies about their treatment.

Coroner Simon McGregor still has a fortnight of evidence ahead of him, as health and legal experts offer their insights into the state systems that imprisoned Veronica and then, having decided to strip her of her freedom to look after her own health, failed to save her life.

But the evidence is painting a picture of Victoria as a place where female prisoners suffering cramping, vomiting and possible traumatic flashbacks as they withdraw from drugs are not taken to a hospital, but kept in cells where access to healthcare is restricted.

When asked about the inquest’s revelations, Premier Daniel Andrews offered his condolences to Veronica’s family but refused to comment in detail.

“I have been following it, yes, but it’s not appropriate for me to run a commentary on a process that isn’t yet complete,” he said.

“There’ll be an appropriate time for us to respond to the coroner’s findings, and we will do that.”

While some of those before the inquest have cited more rigorous procedures introduced since Veronica’s death, Ms Bastin is concerned that “nothing’s really changed”.

“We’re criminal to them, so they don’t care much about us.”