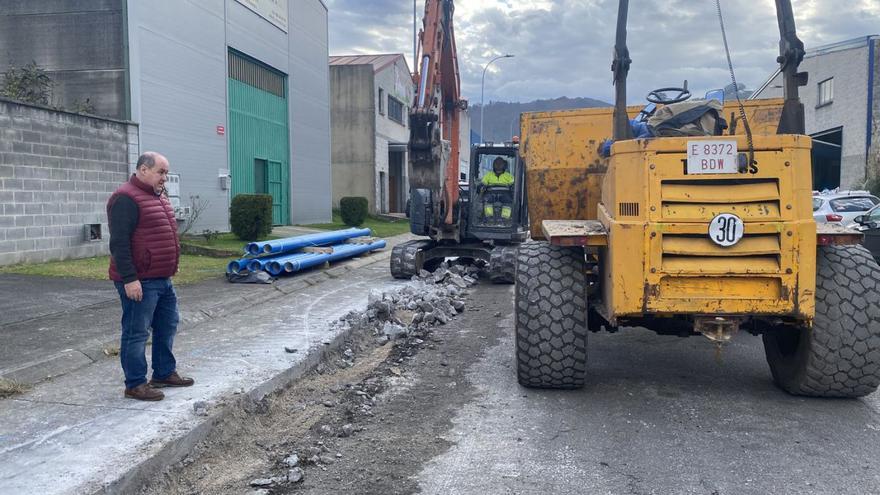 Next year in 2023, the La Florida industrial estate in Sotronadio will have new fire protection elements thanks to works that have just started and have an estimated budget of 600,000 euros. The project is funded by the Ministry of Industry, Employment and Economic Promotion, and has an execution period of 9 months.

“We are satisfied with the start of this work, which will mean a significant improvement in the service of prevention and action against imaginary fires for companies located in the industrial sector. It is an action that guarantees safety and adopts regulations “, explained José Ángel Álvarez, mayor of San Martín del Rey Aurelio.

There is currently no perfect network of outdoor hydrants, due to the existence of a significant amount of enclosed industries and the resulting danger of horizontal spread in the event of a potential fire. In this way, the project has begun to be carried out, which consists in the installation of a network of hydrants in accordance with the current regulations, so that a hydrant will be placed every forty meters to guarantee optimal coverage against a hypothetical. fire.

In addition, the action also includes the installation of a water storage tank against fire and a pressure group to feed the system. The project also shows that, taking advantage of the opening of trenches for water supply, telecommunication pipelines will be executed in favor of the future installation of fiber optics by telephone and network operators to improve connections to established companies . Polygon.

In addition, accessibility will be improved, as works include the placement of tactile footpaths, which facilitate orientation for blind people, and the installation of new footpaths.

The origins of this project go back to problems recorded when obtaining authorization for industrial facilities, due to the lack of a fire protection system that met the requirements.

The new network of hydrants that will be built in the industrial estate will be specialized for the supply of water against fires, and in no case will it be a drinking water network. In fact, it will be independent of the general network, so that if repairs are to be made the supply is guaranteed. The hydrants for use by the Fire Brigade shall be of the pavement type with a mouth and shall have a red cover for easy identification. Ships fitted with fire hydrants will also be connected to the new hydrant network.