Labor is ‘harking back’ to Keating’s Asia approach, experts say. But much has changed since the 90s 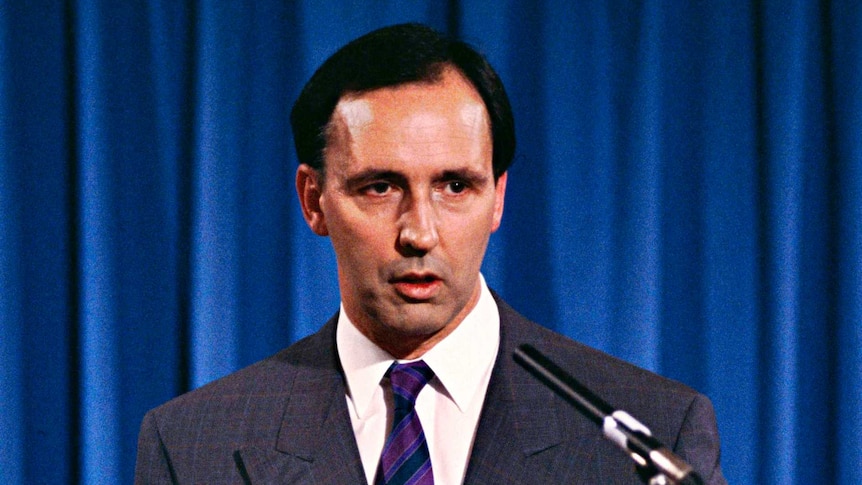 It seems Australia’s relationship with Asia — particularly China — will be a hot topic in the upcoming federal election.

Labor and the Coalition have very different perspectives on foreign policy, a panel of experts told ABC RN’s Saturday Extra.

But we are now seeing “heated debate” on the topic.

And he said: “Both sides of politics are harking back to different historical eras.”

For example, Labor Leader Anthony Albanese said in a recent Press Club speech that Australia should capitalize on our “privilege of proximity” to Asia.

On the other hand, he said Scott Morrison and the Liberal Party’s “threat-based” approach to international affairs recalls the 1930s — when the world was preparing for war.

But the Saturday Extra panel agreed that, no matter who wins the election, Australia could learn a lot from its neighbors in how to conduct itself on the international stage.

‘It was all upside’

During the years of the Keating government, many parts of the world were experiencing a post-Cold War era “high”, Lemahieu said.

With the dissolution of the Soviet Union in 1991, conflicts between global powers no longer defined international relations.

Some argued that Western liberal democracy was the end-point of human ideological evolution, an argument set out by American political scientist Francis Fukuyama in his influential 1992 book The End of History and the Last Man.

Then in 1993, the European Union came into being, providing a concrete example of transnational economic integration.

It was in this environment that, in 1994, Keating made his speech to the Asia-Australia Institute where he tied Australia’s future prosperity to its relations with Asia.

“If we do not succeed in the Asia-Pacific, we succeed nowhere,” Keating said.

He added that Australia had “nothing to fear” from China’s growing influence and that “no country is more important to us” than Indonesia.

Michael Wesley, University of Melbourne’s Deputy Vice-Chancellor International, said when Keating was Prime Minister, “it was all upside for Australia to engage with Asia”.

“Binding ourselves to Asia would make us richer, but it would also reduce the causes of conflict and insecurity,” Professor Wesley said of the period.

But that is “not quite the reality we’re confronted with today”, Lemahieu said.

“There does need to be an adjustment, I think, to that doctrine.”

A deepening rift between China and Australia has seen the superpower exercise “coercive economic diplomacy”, placing tariffs on Australian goods.

Add to this the supply chain disruptions due to the COVID-19 pandemic and economic integration with Asia is no longer seen as an “unmitigated positive”, Professor Wesley said.

If Labor is harking back to the post-Cold War era in its attitude to international relations, Lemaheiu said, the Coalition is recalling the years leading up to World War II.

In contrast to Labor’s optimism about Asia, the Coalition’s approach is “a much more pessimistic view of a deteriorating geopolitical environment for Australia and the potential of war with China”.

Lemaheiu said the government is “fixated” on China.

He said Australia must accept that “Asia is larger than China”.

He added that, as a nation, we have to “walk and chew gum at the same time” by engaging more with other countries in the region.

“There are other opportunities — it is not just about war and peace.”

Lemaheiu said the biggest challenge for Australia right now is our relationship with middle powers, particularly in South-East Asia.

“We are increasingly going down the track of balancing quite proactively against China in military and strategic terms and associating ourselves with bigger powers… like the United States, Japan and India,” he said.

This, he said, creates tension with Indonesia and other South-East Asian countries who are more likely to “hedge” as a way of managing their relations with the US and China.

Australian Financial Review’s correspondent for the region Emma Connors said Australia could learn from the way these countries manage their relations with the two superpowers.

“In some ways they’re in the same position as we are … they do a lot of business with both [the US and China] and rely upon them both for security support,” she said.

But rather than hedging our bets, Connors said, Australia tends to “come out blundering, all sides firing”.

Instead Australia could be more restrained. She pointed to comments made last month by former Singaporean foreign minister George Yeo.

“He was talking about how the Singaporeans are very careful in what they do diplomatically,” she said.

“There’s this definite feeling up here [in South-East Asia] that Australia is not very good at diplomacy.”

Lemahieu said Japan is an example of a country who does diplomacy very well.

“Who they speak with determines their messaging,” he said, adding that Australia could learn from the Japanese approach.

“We don’t do subtleties all too well.”

While Albanese’s Press Club speech suggests Labor is thinking about “recrafting a narrative” on Australia’s relationship with Asia, Lemahieu said, neither party is “addressing it head on”.

But he said Australia is not alone in the challenges it faces in relation to its neighbours.

“The strategic environment has changed, Asia is a lot more fractured.”

“We are so close to this region and it is growing so quickly,” she said.

The real foreign policy challenge for whoever wins the next federal election will be working out a new way of engaging with Asia, Professor Wesley said.

“How do we maximize our proximity while minimizing the risks that might come from that?”

RN in your inbox

Get more stories that go beyond the news cycle with our weekly newsletter.

Australia will stop PM from having secret powers

Australia after the election: what are the Social Democrats Up to Down Under?