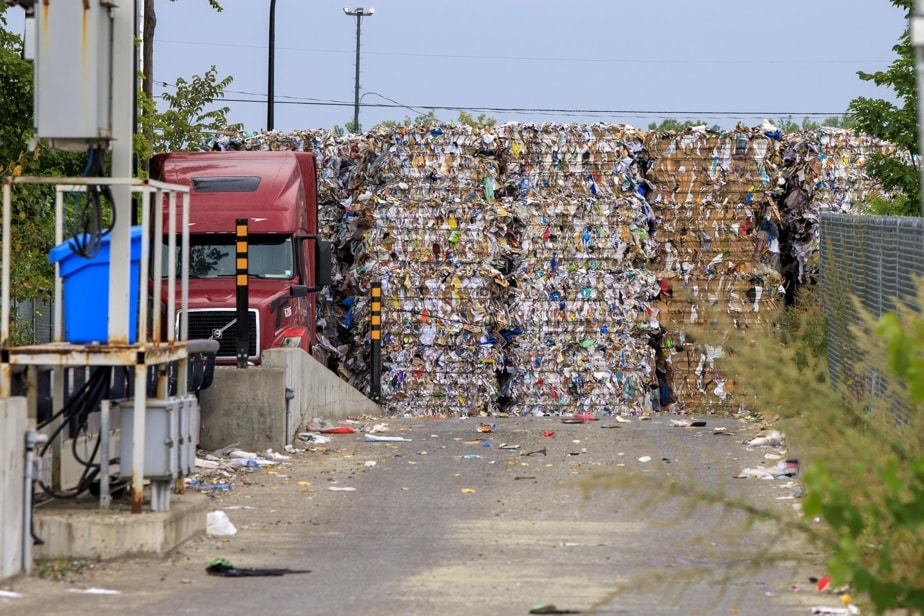 The VIA company, which may take charge of the Lachine recycling center, said Thursday it was looking forward to better sorting the Montrealers’ green bin.

The nonprofit’s big boss said he sees a transition of “a few weeks to a few months” to take over the sorting center, which once got the green light from downtown Montreal.

“Our philosophy is to rely on the quality of the sorting of recyclable materials,” said Jean-Sébastien Daigle in a telephone interview. “We tell ourselves that by having super good quality, we will be able to sell our stuff, rain or shine. It brings stability. ,

The installation has been at a breaking point for several weeks now, as its current operator – Recova – has been unable to dispose of the bales of recyclable materials piling up on its land. The quality of these bales is very low, which affects the sales of the company in the domestic market. In addition, Ricova claims to be the victim of overzealousness on the part of Canadian customs officials, who allegedly block its exports.

The situation is so dire that Ricova threatened to stop her activities at the Lachin Sorting Center on 6 September. Such a decision would have completely disrupted the recycling collection in the metropolis.

City informed Ricova of their desire to terminate his contract this week.

“We should always invest”

Society VIA, an employment integration organization for people with disabilities, won the contract to operate the Lachin Sorting Center in 2020. However, it was defeated by Ricova, which took over the bankruptcy of the previous operator.

She was recently approached by the City of Montreal to show her interest in reactivating the dormant contract, which is much more expensive to the public exchequer than Ricova.

We have expressed our interest for the city. I think on the city side, there are still phases. There are decisions that have to be made. We are waiting on that side. First of all we are going to visit and take stock of the situation.

Jean-Sebastian Daigle, CEO of VIA Company

Mr Daigle says he is aware that Ricova is pointing to the quality of the machinery installed at the Lachin Sorting Center to explain the significant contamination of his paper bales.

VIA’s Bigg Boss confirmed that it is ready to solve the equipment problems that may emerge. “It is certain and certain that we should always invest. We invest in our four centers every year. […] In Montreal, the investment will have to be more or less significant, depending on the quality of the sorties that come out. ,

As for the forty employees currently working in Lachine, Mr. Daigle said he was yet to know the exact status of their employment. “Our philosophy, of course, is to have employees in advance, not [supprimer de postes] However, he said.