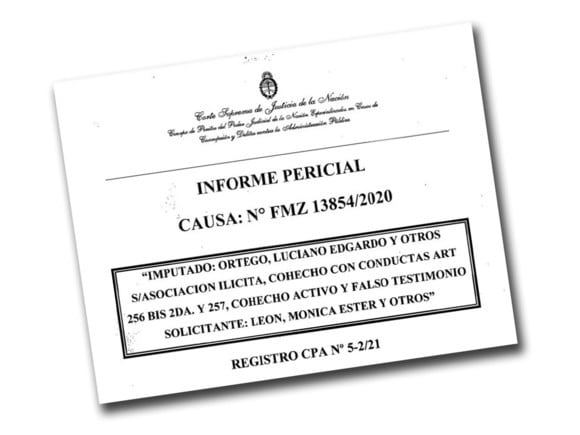 Two paragraphs and a recurring call for attention. Thus you can summarize the 548 pages that are part of the accounting expertise carried out in the framework of the investigation against Federal Judge Walter Bento, who was charged and prosecuted for being suspected of leading a gang , which was devoted to taking bribes in exchange for commercial. Favor..

Beyond the length of the report, what expert witnesses from Walter René Chiquiar, a member of a body specializing in crimes of corruption and crimes against public administration, clarify that he was unable to obtain the information he needed to make a claim about financial status. . and the property of the Magistrate. The reason, according to the accountant, is that Neither the accused nor his defense provided complete documents To make a conclusive analysis. In these cases, from the judicial point of view, it is taken as lack of cooperation on the part of the accused.

As a result of taking bribe as per investigation, Both Bento and his wife, Marta Boizza, were also charged with By illegal enrichment, added to the family structure her two childrenNahuel and Luciano, accused of Money laundering, That is to say: they were part of a mechanism to “fraud” money coming from other crimes and introduce it to the formal market through various maneuvers, such as the purchase of real estate, vehicles and investments in trusts.

“It is recorded that the estimates of the use and consumption of funds in this study are limited, due to not being able to ascertain at the date of issue of this report, the integrity of the assets forming the legacy…”, the report Reads and refers to all members of the bento-boiza family.

In addition, it describes Discrepancies arising out of comparison of affidavits presented in the Judicial Council. 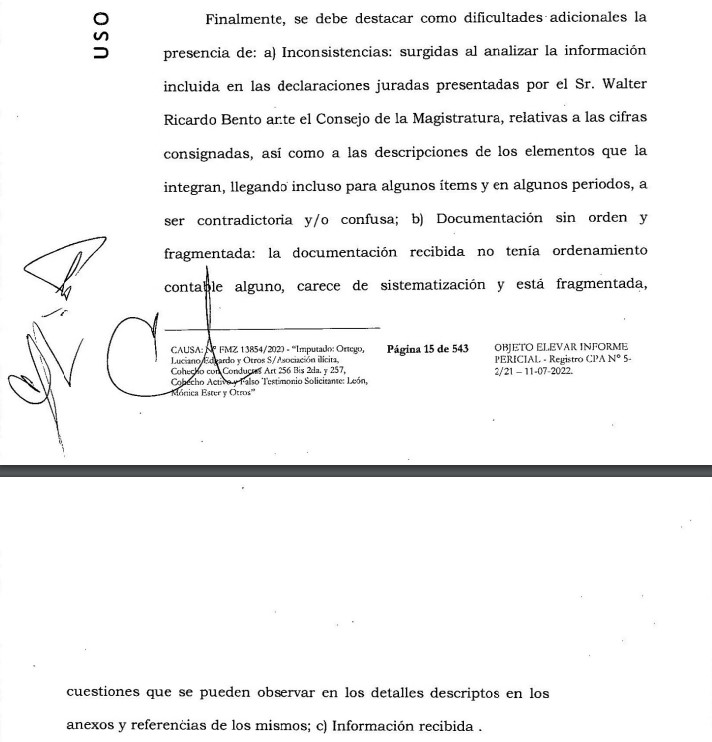 One of the comments that appears in the specialization relates to Pay tickets abroad of family members. Although this is something that was already leaked during the investigation, but it has been confirmed. Air tickets paid by credit card Released in the United States, despite the fact that the judge denied having accounts outside the country.

Knowing the ownership of those American Express and Visa cards relies on a report that was required from the United States by prosecutors led by Dante Vega and Federal Judge Eduardo Puigdangolas. Whatever the outcome, everything points to determining where the money for the purchase of tickets came from. There is a question Bento is unable to answer.

What Happens in the Judicial Council

Although the rift in the judiciary’s council a few days ago, it was known to know who will be in charge of the investigation Against federal judges with open summaries, there is a general consensus that two cases in particular Pass the indictment commission from the disciplinary commission directed by María Ines Pilati Vergara (FdT), led by Pablo Tonelli (JxC). one of the judges Federico Villena (who recently had media exposure for being in charge of the investigation of a Venezuela-Iranian plane); The second belongs to Walter Bento,

According to sources in the body evaluating the conduct of federal magistrates, there is no difference in the criteria in these two cases.

War of the Russian invasion: Australia delivers “bushmaster” to Ukraine