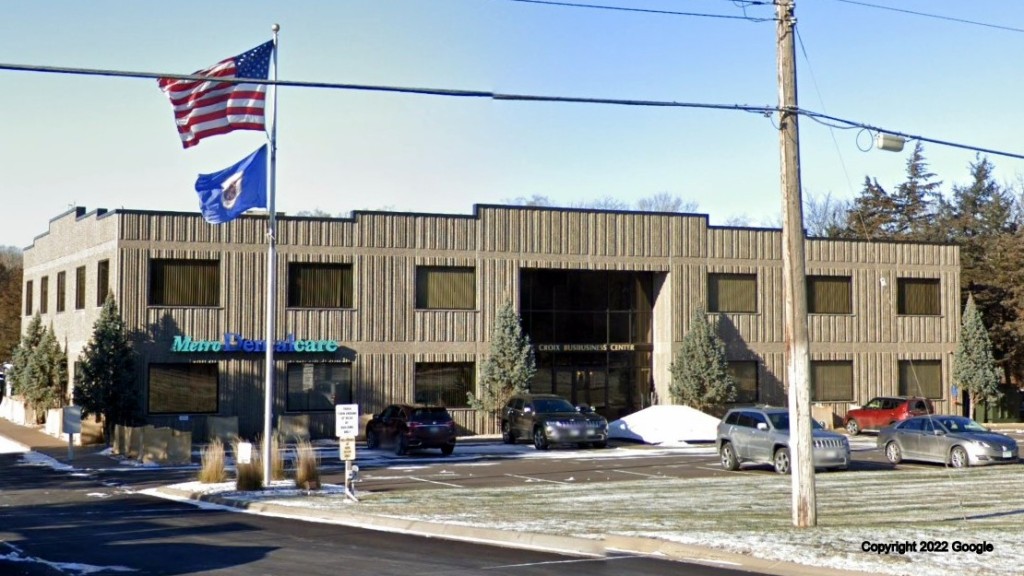 Croix Business Center in Lakeland is opposing plans to expand the center, saying it would dramatically change the use of the property.

Owner Jackie Aldridge has applied for a modified conditional-use permit for the property to allow three additional tenants and to allow internal division of the building’s warehouse space. She also intends to add a new portable loading dock on the west side of the existing warehouse space and overnight parking for tenant service trucks in an enclosed fenced area.

Lakeland City Council is expected to vote on the revised CUP application at its meeting on Tuesday night.

Residents who live near the business center in the city’s Elmwood neighborhood have raised several concerns about the plans since they were last considered by Lakeland City Council. Among them: increased large truck traffic, increased diesel noise and pollution, and increased on-site operations.

One of the most outspoken critics has been Julie Throne, wife of Lakeland City Council member Mike Throne; The couple live directly behind St. Croix Business Center.

“It’s just not compatible with the neighborhood, especially with the homeowners being so close,” said Julie Throne. “There’s no buffer. It’ll back right into our backyard. All of our homes are split-level, and the main floor is topped by a 6-foot fence, so we can see clearly into the property, and the headlights are on at night.” Shine in our windows.

One of the biggest concerns is potential diesel exhaust from moving trucks, she said.

“They say they will shut down the trucks and not let them idle, but with diesel trucks in the winter, do you really think that’s going to happen? I don’t think so.”

A former tenant of the building, Anchor Away Boat Storage, recently moved to Afton; Julie Throne said the boat-storage business was a good neighbor because “there was no activity from late fall to early spring as the boats are stored for the winter.”

Premium Moving and Storage, on the other hand, will operate year-round, and they have publicly stated they want to grow the business, she said.

Aldridge, who lives in Naples, Fla., said she has no plans to expand the business center’s footprint or scope of use.

“But we need to adapt to attract new tenants and meet the needs of our existing tenants,” she said. “The costs keep going up. This year alone my property tax was increased by 26 percent, and I need to stay financially viable if we’re going to keep the business center open.

Aldridge’s attorney, Jim Gasperini, said he expects Lakeland City Council to approve his application. “It’s not a significant change in usage at all,” he said. “What they’re proposing is allowed under the city’s current zoning ordinances.”

He added that Aldridge has made “considerable concessions to all neighbors and adjacent properties”, including an extensive buffer zone on the west side of the property.

The new dock of the trading center will be oriented north-south “so no light will shine on the western neighbours,” he said. He said that the truck parking would also be towards the east.

Aldridge said operating hours would continue from 7 a.m. to 7 p.m., seven days a week, as well as 24-hour administrative use.

Mayor Joe Payment said the council encouraged Eldridge and surrounding residents to “attempt to meet and arrive at mutually acceptable terms that would allow for a change in the use of the property. I think this is the best resolution.” I’m still hopeful that they might be able to do that.”

Throne said efforts to reach a solution have not been successful. She said many residents of the Elmwood neighborhood have lived in their homes for more than 30 years and have invested in them, “relying on the business center to operate it for the past 20 years.”

The road is a narrow corridor with three roundabouts, one of which is located by Afton-Lakeland Elementary School, and there is heavy use of bike/pedestrian paths on both sides of the road, she said.

“If that happens, we will have 26-foot diesel trucks crossing the bike/pedestrian path on the west side of County Road 18 to enter/exit St. Croix Business Center,” she said. “This type of business proposed by definition is a ‘truck depot’, which must be in an industrial park – not adjacent to a residential neighborhood.”

The city zoning firm Swanson/Haskamp, ​​which originally handled the revised CUP application, is no longer under contract with the city; The zoning is being done on an interim basis by Rum River Construction Consultants, a company under contract to conduct building inspections at Lakeland.

Nearby neighbors, who call themselves the Concerned Elmwood Residents Group, expect the council to reject the application. Twenty-four years ago, members of the group helped foil plans for a proposed 4,000-square-foot convenience store, gas station, car wash and auto-repair shop for the property.

“We love that the business is central,” Throne said. “It’s a beautiful building, and it’s an asset to the city. But there are just too many changes and inconsistencies in this new proposal. We think it does nothing to enhance the community. Rather, it diminishes it.” This type of business takes place in an industrial park – not adjacent to residential homes. A new business proposal should be compatible with adjacent properties and have minimal impact.