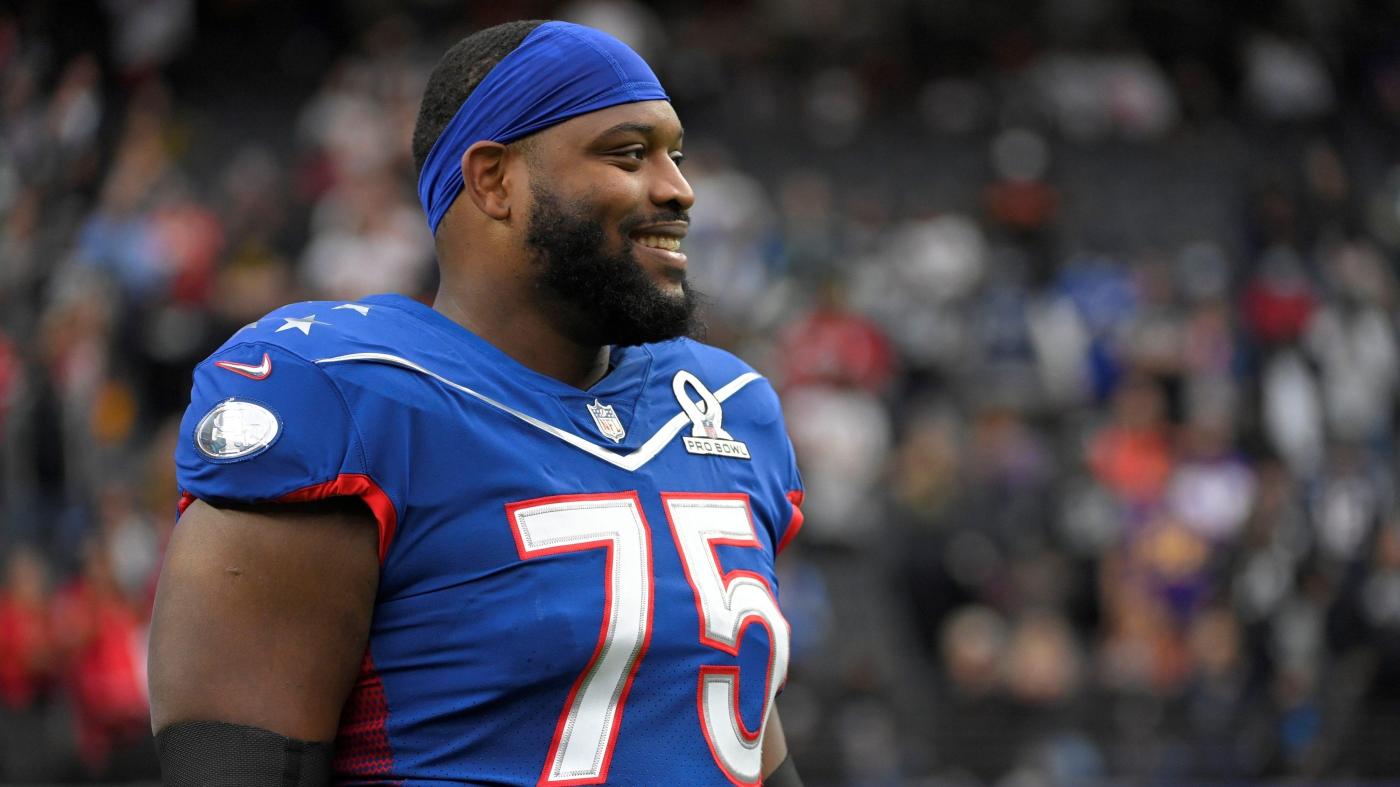 The Jets snagged a Pro Bowl offensive lineman and retained their All-Pro returner.

Gang Green signed former San Francisco guard Laken Tomlinson on Monday, a source confirmed to the Daily News. ESPN was first to report the news. The 30-year-old agreed to a three-year deal worth $40 million, per multiple reports, The Jets then re-signed Braxton Berrios to a two-year, $12 million deal with seven million guaranteed.

Berrios produced in a contract year last season, with 46 catches for 431 yards with four total offensive touchdowns and a kick return TD against the Jaguars. He earned first team honors as a kick returner by finishing with the third most kickoff return yards (852) and had the highest average per return in the NFL (30.4 yards, minimum 20 returns). This helped him cash in during free agency.

He showed he could produce in a larger role when the Jets lost Jamison Crowder, Corey Davis and Elijah Moore for periods of time. In Berrios’ last game against the Buccaneers, he finished with eight catches for 65 yards with a receiving and rushing touchdown.

This a major upgrade from what the Jets dealt with at right guard in 2021. Greg Van Roten struggled tremendously in run and pass blocking, which occasionally led to negative plays and killing drives. Van Roten allowed 33 pressures, sixth most in the NFL for a guard.

The Jets benched Van Roten for Laurent Duvernay-Tardif, whom they traded for midseason. Duvernay-Tardif was solid, but the Jets felt they needed to upgrade.

Tomlinson is also familiar with the Jets offensive system since he played in San Francisco since 2017 when he was traded by the Detroit Lions after being drafted in the first round in 2015.