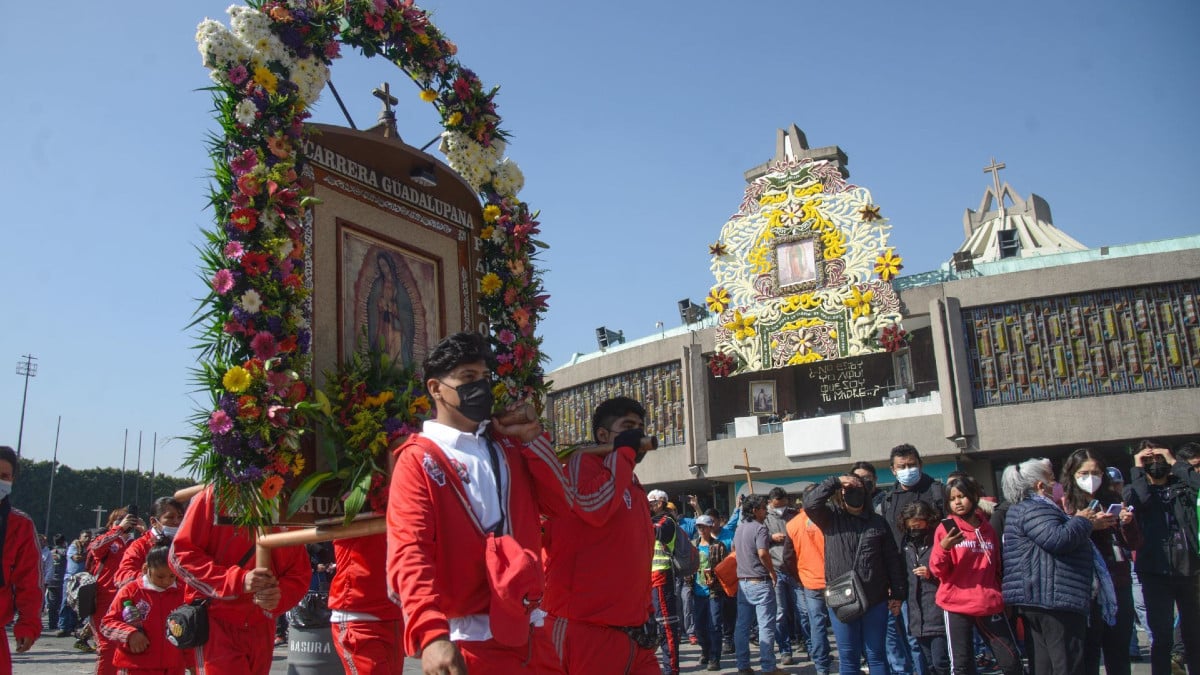 a few hours away from the anniversary of Apparition of the Virgin of Guadalupe in TepeyacThousands of pilgrims from various states of Mexico continue to flock to the Basilica of Guadalupe, while the government of Mexico City maintains a security operative,

Marty Batres, secretary of the government of the capital of the republic, said that This Saturday, 11 December is an important day in the citySince after 2 years the pilgrimage can be done properly and millions of parishioners will flock to the Basilica of Guadalupe.

“This is an important day, and 2 years later That the pilgrimage could not be performed properly, millions of people will arrive at the Basilica of Guadalupe on 12 December in the framework of the celebration of the Virgin of Guadalupe. It is a very important moment for Mexico City, it is a religious pilgrimage, the most religious celebration in the whole of the American continent and therefore the largest concentration of people that takes place in Mexico City annually.

He added that the various government sectors of Mexico City, and Gustavo A. Madero Mayor’s OfficeThe basilicas are located in the area for the purpose that everything runs smoothly.

Similarly, the National Guard maintains a security operation in the vicinity of the Basilica of Guadalupe to support the pilgrims who arrive for the December 12 celebration.

a member of Federal agency supports with vehicles and ambulances With specialized personnel to attend and provide assistance in case of any emergency inside and outside the campus.

Recommendations for visiting the Cathedral of Guadalupe

for this 2022 Comprehensive Risk Management and Civil Protection Secretariat (SGIRPC)Listed a series of recommendations for those traveling to the Virgin of Guadalupe.

statistics. In Mexico, the Basilica of Guadalupe is the most visited Marian shrine by citizens and foreigners from across the country. every year, just before the pandemic it was viewed by 18 million peopleBeing the second most visited religious site in the world, only surpassed by St. Peter’s Basilica in Rome.