Leda shows a chat where Claudio X agrees to meet with “Alito” to form an alliance. 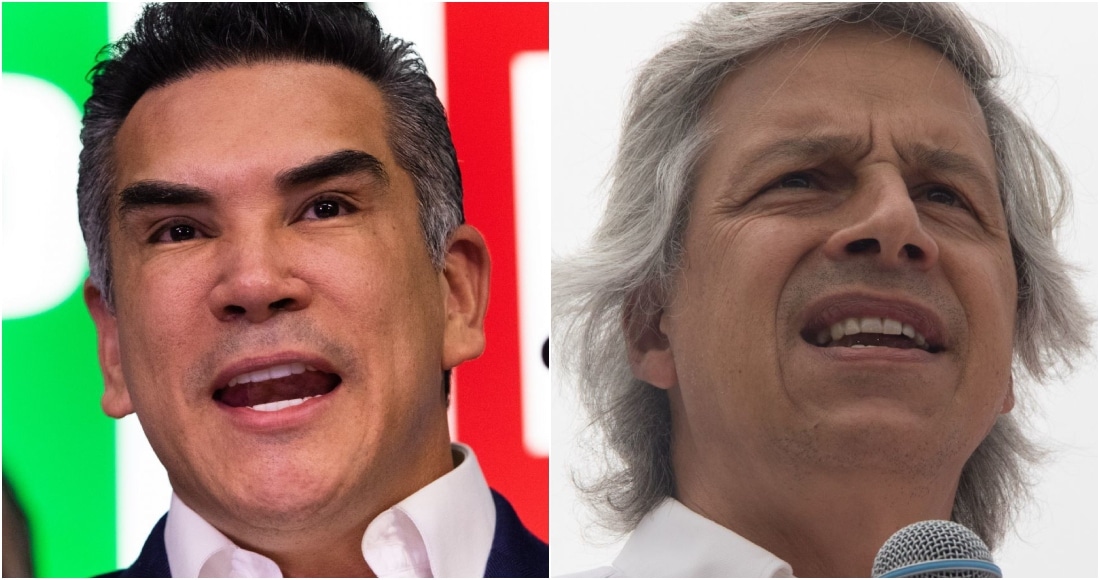 In the briefing released tonight by Governor Leda Sansores, we read how Claudio X. González organized the leaders of the PAN and PRI parties to form a political alliance.

Businessman Claudio X. González Guajardo is the one who brought together all the opposition parties except the Movimiento Ciudadano to form Va Por México. that alliance, made in Las Lomas Mansion in Mexico City, did not survive. then he threw another “United” or “[email protected]or “unidex”whom he calls “citizen” but who is basically Group of PAN politicians, PRD members and some businessmenLike Gustavo de Hoyos.

Just last November 13, he led a march in defense of the National Electoral Institute (INE), a mobilization Senator Ricardo Monreal was described as “cherished”. and assured that he respected all present.

In the talk released tonight by Governor Leyda Sansores, it is read how Claudio X González organizes the leaders of the PAN, PRI and PRD parties to form a political coalition.

“It is not ‘Alito’ who is organizing, it is Claudio, he sets the time, he changes the house,” the governor said in his program “Martes del Jaguar”, chatting about the meetings before the formation of the VA. said after the broadcast. Por Mexico.

The formation of Va por México was announced on December 22, 2020, although its official registration with the National Electoral Institute (INE) was done a day after the election scheduled for June 6, 2021.

Below is the full conversation that was broadcast on the program “Martes del Jaguar” between “Alito”, as the PRI leader is known, and businessman Claudio X Gonzalez:

Claudio: I’ve already spoken to Riccardo. On Tuesdays I see Santiago (Creel). I emphasize Alito, I keep going. Shortly I will send you a document for your review. Let me know when you’re in Mexico City so we can see each other, hug.

Alito: Yes, exactly right. After a while I will call you from one phone so that you can give me another phone and I can make an important comment. tight hug. If you can see it, I’ll tell you about it in a while, okay?

What is Mr. Claudio X. González doing to organize the presidents of the parties? Entering the place, time and date of meetings… Don’t get into what you don’t know. It has already been revealed who was the sponsor of the march in favor of INE. pic.twitter.com/eB8EOn1C5u

Claudio: At your command. Alito, how do you see the 22nd for the first meeting of the table? We can do it on the terrace where we talked, at 10 in the morning. If you can, I’d start looking for others. to hug.

Alito: I immediately see how I am and I warn you to build, well, you should always have intelligence strategies, look what happened today.

Claudio: All right, Alito. I hope you will let me know if the 22nd has pulled along with you to quote others. Alito, can you be there morning of the 22nd? I need to know how to summon others.

Alito: Yeah, that sounds fine to me, the point is you have to take care of that and let me know if they’re going to send a representative, send some people because I don’t want to come and someone sent a representative and they couldn’t And we have to go to the presidents.

Claudio: The invitation, if you have any objection, would be to the chairmen of each party’s working groups and a permanent representative. The appointment will be at Monte Blanco 925, where we last met at 10 o’clock. I’ll keep you posted on confirmation of other presidents.

Alito: Right. Excellent. You have to be very careful not to miss information.

Claudio: Alito, the meeting will be at 5 instead of 10 in the morning. I’m liking it? Mark confirmed.

Claudio: Who’s with you? The idea is that the president of each party and a representative of their faith will be there for follow-up.

Alito: Yes, I have one, perfect.

Alito: Look how smart Pan is. to hug. universal “MC rejects offer of tie-up with PAN for 2021”. Clemente Castañeda thanked Marco Cortés for the invitation. See what answer they give to the poor President of PAN. Do you see why PRI should come back?

Claudio: Hug, Alito. I hope the table contributes to reaching minimum agreements that serve the greater good. we will see.

Alito: You know I’m ready and willing and you have to sort things out with these guys.

Claudio: Dear Alito, just a quick reminder of our meeting tomorrow at 5:00 p.m. Same place. One hand and have a nice week. Is anyone coming with you?

Claudio: Alito, does anyone go to the meeting with you? To prepare your place.

Claudio: Please, give me her first name so I can take her place.

Claude: Thank you. We welcome you here with pleasure.

Alito: Finally, Marco Cortes and me, take a few minutes. to hug. when others leave.

Alito: My dear friend, I’m wondering if I can have coffee with you and Jorge Buendia and Javier Marquez next week, to meet the four of us. and later with Pepe Baker and Olvera.

Claudio: I eat with him to start work and I’ll let you know. That and this goes without saying, but we must all take care that the work of the support group is for the benefit of all the members of the table. Help me take care of it.