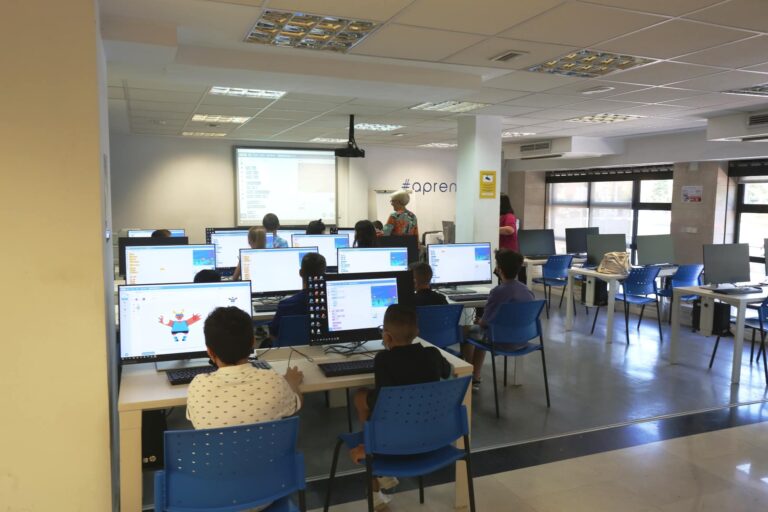 Leganes City Council has launched the second edition of the ‘Days Without School in Telecentre’ programme, A free initiative aimed at boys and girls between the ages of 7 and 12 The aim of which is to bring them closer to the tech sector during their holidays in a dynamic and playful manner.

Activity will be on days September 1, 2, 5 and 6Days of September in which children in primary education still do not have classes, as academic activities for the 22-23 academic year will begin on September 7.

Interested people can register at any telecentre by Friday, August 26, as explained by the Consistry in a press release or through the city council’s website. Spaces for this activity are limited and will be allotted in the order of registration. Once the limit of places is exhausted, the remaining inscriptions will go to the waiting list.

Also at the Julian Besteiro Telecentre

Citizen Participation Delegation has organized this new edition after Good welcome to the first experience held during the last days of June and the beginning of July of this year.

On occasion, a third municipal facility is added to the project, because in addition to La Fortuna and San Nacacio Telecentre, the program will be taught at the Julian Besteiro Telecentre. The activity schedule will be from 10 am to 1 pm.,

With the program, boys and girls aged 7 to 12 will see that technology can be a source of entertainment, but it is also a very useful tool that facilitates learning. They will do so with a program suited to their age, with dynamic, participatory and practical classes led by special monitors. they will work Augmented reality, robotics, visual programming languages ​​or building robots,

In these sessions given in telecentres, they work on 4 fundamental aspects such as ‘Augmented Reality’ (through a technological device they view a real-world environment that combines virtual elements to create ‘mixed reality’ in real time). combined with), ‘Kraftwerk Robotics’ where they build objects with their own hands from a variety of materials; ‘Scratch’ (Visual programming language focused on fostering creativity and logical thinking.

Children create a game or story with background, characters and texts and harmony between ‘robotics/robot construction suitcase and mouse’ (helps foster innovation, autonomy and logical thinking).