Libya’s Bashagha says it supports the removal of foreign fighters 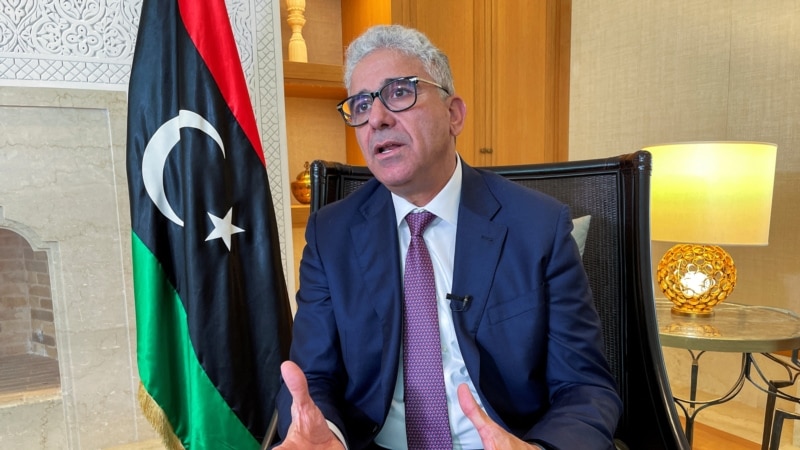 Libya’s parliament-appointed prime minister, Fathi Bashagha, said on Wednesday his government supported the removal of all foreign forces and mercenaries from Libya, led by a committee set up to protect a ceasefire after the 2014-2020 conflict.

In an interview with Reuters in London, where Bashagha is trying to get support for his government to take over in Tripoli, the leader said he is a “big supporter” of the 5 + 5 committee that agreed to suspend foreign fighters must be.

The 59-year-old said his government in the eastern city of Sirte had begun its work despite Abdulhamid al-Dbeibah, who was appointed prime minister last year by a UN-backed process, rejecting his move, which led to ‘ led to a standstill.

Since April, groups in the east have forcibly closed many Libyan oil facilities to demand that Bashagha take power in the capital, blocking much of Libya’s oil production and putting new pressure on world energy prices.

Asked about the presence of Russian private military contractor Wagner Group in Libya, Bashagha said the group is in Libya, but he stands by the 5 + 5 ceasefire committee, which includes five officers from each side of the 2014-20 conflict. include, which must be every foreign force out of the country.

The role of the Wagner group in Africa has been highlighted since Russia’s invasion of Ukraine in February, with fears that it could further destabilize the region.

Wagner was brought to Libya to support eastern commander Khalifa Haftar, who was backed by Russia, the United Arab Emirates and Egypt in a 2019 offensive against the internationally recognized government in Tripoli.

That assault was reversed when Turkey brought its own forces into the conflict in support of the Tripoli government.

Although Bashagha was interior minister in that Tripoli government, and played a role in the orchestration of the fight against Haftar, he is now supported by the same parliament that sided with Haftar in the last war.

Both Wagner and Turkey have established military bases in Libya and remain there despite a clause in the 2020 ceasefire demanding that all foreign forces leave.

Ankara and West Libyan factions say the Turkish presence should be released because it was brought in by an agreement with the internationally recognized government.