Like Ovelar, Pele or Weh: when footballers spoke or stepped into politics 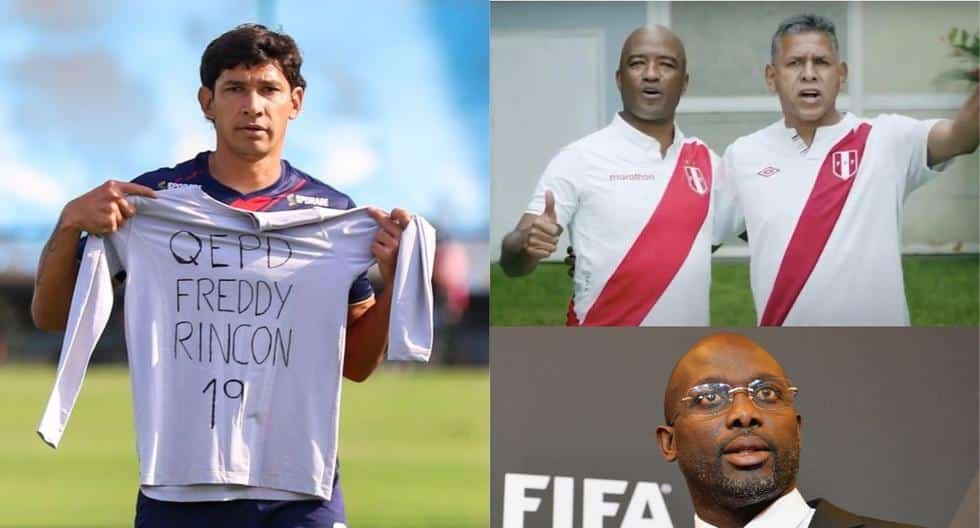 Football and politics are not polar opposites. They are not like water and oil. Indeed, footballers are sometimes required to take a political stand and be opinion leaders. And on other occasions, they are the players they choose to be. last case Roberto OvelarParaguayan striker with four appearances in Peruvian football.

Read also: Eternal Promise: Why do the people of Alianza Lima love Benavente so much?

‘Buffalo’ arrived in Peru in 2008 to play for San Martín. In 2009, after a brief stint at Cruz Azul in Mexico, he signed for Alianza Lima until 2011. He performed again in Chile the following year. In 2021, after playing three Colombian teams and one from his country, he set foot again on Peruvian soil to defend the municipal colours. And next year he will play in his country for General Caballero.

Ovelar earned the love of the Peruvian fanbase and also a love for the country that welcomed him with open arms every time he returned. Despite not being nationalized, he felt another son of this motherland. And he never hesitates to show his feelings through his official Twitter account. Or, as in this case, in clarifying his political position.

“Some channels in Peru say that the protestors are terrorists from Sendero Luminoso. Stop lying and say you are farmers, natives and mountaineers who have been robbed of democracy.”the attacker tweeted. Loud and clear, like when he goes in for a brawl with an opponent defender in the footy.

Owler’s tweet didn’t go unnoticed. There were ‘likes’, retweets, comments. and one of the respondents was a journalist Eddie FleishmanWho attacked the footballer without mentioning him or something like that.

“You don’t know what happened here and you don’t understand what the rule of law is. It doesn’t differentiate between protesting and destroying public and private property and attacking our law enforcement. You better read And come out of your gross ignorance. More respect for Peruvian legality, fake “the TV presenter wrote citing the player’s tweet.

Roberto didn’t stop with his arms outstretched and went out in front once more. “Farsante Fujimori INC and those who wash. He shocked a president of poor origin and voted for by the poorest. They are afraid of one constituent (the assembly) and are afraid that Peru will be governed by a poor man like the majority. They like someone they can control.”he tweeted.

It is not the first time that a football player is talking about politics in Peru. The ‘Put on Your Shirt’ campaign recently went viral in which players from Peruvian team This was related to the second round of general elections which were in dispute right pedro castillo (the current former president was sentenced to pre-trial detention for staging a coup) and keiko fujimori (Furza popular leader who is being investigated for various crimes).

The political gesture of the players did not go well. He spoke of democracy and asked not to vote for communism in the principle presented by Castillo. None of those selected asked to vote for any candidate. But the speech quickly drew interpretation that sparked an endless debate on social networks.

they were in the same line valdir saenz why Jose Luis Carranza, the eighties idols of Peruvian football. Both participated in a campaign whose purpose was the same as that of the elected: to persuade the public not to elect an alleged communist regime.

As noted, this is not the first time that football and politics have been mixed. There have even been footballers in history who abandoned the shorts and chimps to wear suits and get into politics. Below we review a few cases.

Interview: “I hope to return to Barcelona one day for what it is”

George Weah: The only Ballon d’Or winner of African descent won the 2017 presidential election in his country Liberia. After retiring in 2003, he founded his own party, the Congress for Democratic Change (CDC), and contested Liberia’s 2005 election, the country’s first democratic elections in decades. He lost to him in the second round, and although he denounced electoral fraud, he accepted his defeat.

Bebeto: The Brazilian star, winner of the 1994 World Cup and who played for Deportivo de La Coruña and Sevilla in Spain, was elected in 2010 as a deputy for Rio de Janeiro state within the Partido Democrático Trabalhista (PDT). In 2014, his work focused on sports, health and education earned him re-election.

Romario: Another legendary Brazilian goalscorer who, after prolonging his career, and like his teammate Bebeto, began his political career in 2010, being elected General Deputy for the Brazilian Socialist Party (PSB). In 2014 he was even more ambitious, becoming a senator for eight years in the state of Rio de Janeiro. In 2018, he has already announced that he will run for the city’s gubernatorial election.

Andrey Shevchenko: The best Ukrainian footballer in history left football in 2012 to pursue politics. He began his career by participating in the 2012 elections as a deputy of the Ukraine Forward party. However, the party only received 1.7% of the vote, forcing it out of parliament.

Kakha Kaladze: The Georgian became a key player for a decade at Milan, winning two Champions League titles in the 2000s. His country’s greatest historical reference in football, a few months after he retired in 2012, he led the list of the Georgian Dream party and won the election, being appointed deputy prime minister and on the ministerial portfolio of regional development and infrastructure. is occupying. In the same year 2017, he became the mayor of Tbilisi, the capital of Georgia.

skin: For many, the best player in football history also had a platform in Brazilian politics. In 1994 he was Minister of Sports under the mandate of President Fernando Henrique Cardoso until 1998. Thanks to him, the “Pele Law” was promulgated, which established that when a player’s contract with his club expires, he must renew it with it, or the club must release him. Furthermore, it forced clubs to act as legitimate companies, which had to show audited annual balance sheets.