Royal Enfield is set to launch its new Bullet Hunter 350. It is expected to launch this month. At the same time, according to some reports, it will go on sale in July. To the company it will be the cheapest bike in its segment. This time the picture of this bullet has come to the fore. Looking at the pictures, it seems that the company has given this retro design. Its fuel tank seems to be quite similar to the Bajaj Kawasaki caliber. Its design looks a little lighter than the Royal Enfield Classic 350’s. However, due to the low price, this two-wheeler can make its mark in the market.

It will be powerful to look at and will also have features that make riding fun. The company has been testing the Royal Enfield Hunter for a long time. Looking at the new clear image of the bike you can imagine how powerful it will be. This can be a great option, especially for those who can’t afford the expensive Royal Enfield. In that case, if you are planning to buy a new powerful bike, put brakes on it for now.

Read more- If a traffic constable removes your car key or air, do so immediately; Know the rules of your work

Built on the brand new J platform
The Hunter 350 is built on the brand new J platform, just like the Meteor 350 and the new Classic 350. It will get the same 349cc single cylinder air-cooled engine as the Classic and Meteor. This engine can generate 20.2bhp of power and 27Nm of torque. The Hunter 350 is rumored to be launched with a 6-speed gearbox. Its exhaust sound will be a bit sporty, so that the rider gets the feeling of a sporty bike on this roadstar bike too. It can also provide on tripper. 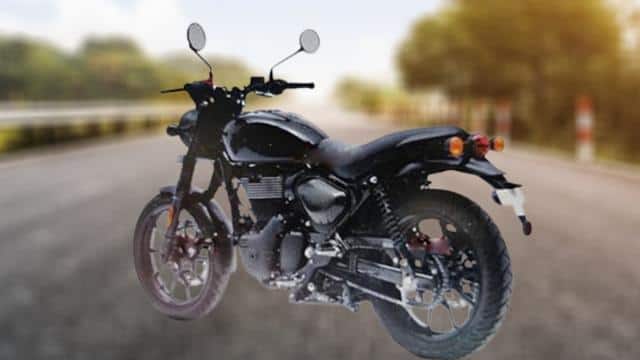 Dual channel ABS for safety
Speaking of the look and features of the Hunter 350, this retro naked bike will feature circular headlamps with round fuel tank, small exhaust and round shaped taillamp and turn indicator, and rear view mirror. This Royal Enfield bike has dual rear shock absorber and front telescopic front suspension. Safety features such as dual channel ABS can also be seen, including front and rear disc brakes. The Hunter 350 will be offered in a single seat as well as both wire spoke and alloy wheels options.

Also read – 4 Mahindra Scorpio N interior pictures that will make your heart glad to see; Make up your mind to buy

The estimated cost is Rs 1.30 lakh
The Royal Enfield Hunter 350 is expected to be the company’s most affordable bike. However, so far no information has been known about its price. Because it is a new product of the company, so that there is not much competition, so that its price can be kept low. According to media reports, its starting price will be around Rs 1.30 lakh to Rs 1.40 lakh.