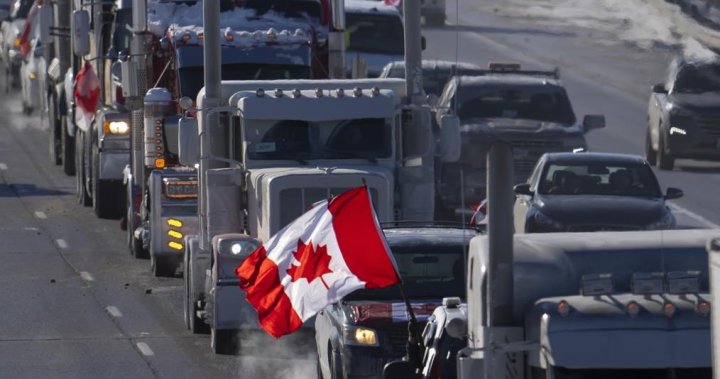 A convoy of protesters, mostly truckers, have vowed not to stop their demonstration against COVID-19 vaccine mandates and other public health measures until all their demands are met.

In the meantime, Ottawa and several other cities across Canada are working to try to ensure that escalating protests remain peaceful over the weekend.

Police in Ottawa have said they are expecting as many as 400 more trucks and up to 2,000 people on foot to arrive this weekend to join the protest that has been rebranded by critics, including a lot of frustrated downtown residents, as an occupation.

Read Also:  There are 6 confirmed cases of XE in Canada. Here's what we know about the hybrid COVID strain

Weekend protests in solidarity with the Ottawa event are being organized near provincial legislatures in Toronto, Quebec City, Winnipeg, Regina, and Victoria, as well as the Coutts, Alta., border crossing.

Police forces in those cities say they have learned lessons from Ottawa’s predicament and have developed strategies designed to protect key infrastructures, such as vital traffic corridors and hospitals, and also prevent possible violence.

Those strategies have involved significantly boosting the presence of police officers at protest sites, blocking off key access routes and stepping up enforcement of traffic regulations and bylaws regarding excessive noise and other applicable issues.

— with files from The Canadian Press