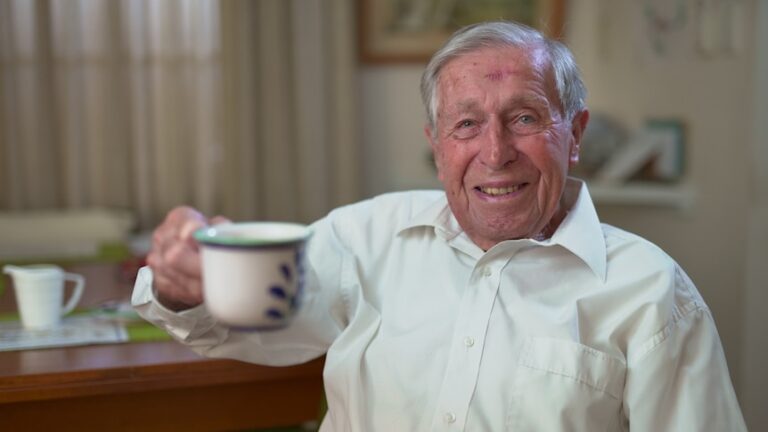 In his 100th year, Reg Swanborough will take to the streets of Adelaide today for the Anzac Day march.

Mr. Swanborough will go solo as one of the last surviving World War II veterans and the last member of the Arctic Convoy Veterans Association.

“And, to the best of my knowledge, me and two others survived that lot,” he said.

He was just 15 when he was admitted at the end of the Great Depression, a time when there was little work or food.

“War is not a good thing. Anyone who glorifies war is a fool,” said Mr. Swanborough.

He worked in communications, sending signals to other ships using Morse code and flags.

“Each flag had a meaning [and] You hoisted them in sequence,” he said.

“I was great, but that was a long time ago.”

Like Mr. Swanborough, Ron Bridgman will be the last World War II warrior from his unit participating in the Anzac Day March in the city today.

“The whole unit is gone but me. I’m the last man,” he told David Bevan of ABC Radio Adelaide.

“Last year, there were two of us, but they passed away during the year, so now it’s only me,” he said.

“So it’s also a little surprising.

“I’m a little older than when I started.”

Mr. Bridgman enlisted on September 16, 1941, shortly before his 20th birthday and just before the bombing of Pearl Harbor.

“It was only a few weeks after that they were bombing Darwin,” Bridgman said.

He described being in Darwin at the time as “a bit surprising” and “very hot”.

“When the bombs started falling, they were falling everywhere … everything was so helpless,” he said.

“No modern weapons, lack of ammunition, untrained. We went to war peacefully all at once.”

Mr Bridgman, who served in Darwin, New Guinea and Bougainvillea, was discharged in 1946 and said his experience “completely changed” him.

The 100-year-old has taken part in the Anzac Day March for years and said she especially enjoyed seeing the reaction to waving when children approached.

“In those days, there were a thousand of us, now there is one – and that is me,” he said.

The Adelaide Anzac Day March will begin at 9:30 a.m. at the corner of North Terrace and Gawler Place, before heading to King William Road.