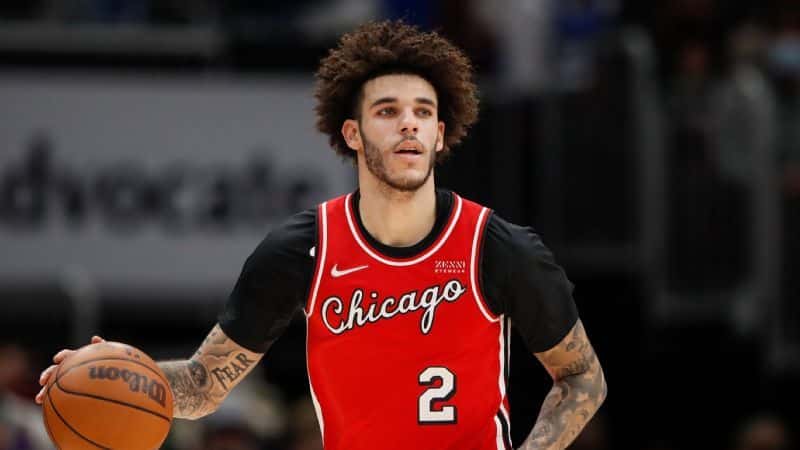 CHICAGO — Just before the one-year anniversary of his last NBA game, Chicago Bulls guard Lonzo Ball posted a video to his Instagram account in which he leaps up to dunk the ball at the rim, a sign of small improvement. Recently experienced in the recovery of his left knee.

“Those are things I probably couldn’t do six weeks ago,” Bulls coach Billy Donovan said before Friday’s game against the Thunder. “As much as these are small steps, it’s still progress that he continues to make.”

However, Donovan downplayed expectations about Ball’s progress, noting that the point guard, who hasn’t played a game since January 14, 2021, still experiences knee discomfort during basketball activities.

Donovan said, “Is there pain? Yes, there’s still some discomfort there.” “But not at the level of six weeks ago.

“I’m trying not to say what Lonzo’s pain is. But the question is: Is he in pain? Yes. Is it the same pain he was dealing with six weeks ago? No. How much better is it? ?It’s good enough so he can get on the treadmill and run a little bit and he can jump up and dunk the ball.”

Ball told reporters at a team charity event last month that he is seeing some improvement in his surgically repaired knee, his most encouraging signs of progress after a pair of arthroscopic knee surgeries last January and one in September. before the start of training camp.

Even though Ball’s knee began to improve rapidly, he hasn’t played basketball in over a year. Donovan said Ball would need “a significant ramp-up period” to build up his stamina and conditioning before he is ready to return to the court.

“There’s definitely going to be a period of time before they let him play again where they’re comfortable that he can handle the NBA schedule.”

The Bulls entered Friday’s game at 19–23 and tied for 10th in the Eastern Conference. Donovan did not think that the uncertain status of Ball’s injury would affect the team’s actions at the upcoming February 9 trade deadline, but he reiterated the need for the team to return.

Chicago was without All-Star DeMar DeRozan for the second straight game on Friday as he recovers from a quadriceps injury. DeRozan took some shooting drills early in the day and while Donovan said the team did not think his injury was serious, they wanted to err on the side of caution. The Bulls are also missing forward Javonte Green, who will be reevaluated in two weeks after undergoing knee surgery earlier this week.

There is still no timeline for Ball’s return and the Bulls are working “without any guarantees” that Ball will play this season, sources told ESPN’s Adrian Wojnarowski last month. The 25-year-old Ball appeared in 35 games in his first season in Chicago, averaging 13 points, five rebounds and five assists while shooting 43% from 3 to go along with a distinctive defense.

Since his departure the Bulls have struggled to replicate their production, going 38–46 overall since Ball’s last game.

“He’s a big part of our team,” LaVine said Friday morning. “He does a lot offensively and defensively and I think his impact shows. It’s hard to replace someone on your team, but a guy like that, you know you’re not going to replace him.”

“He’s just working. Injuries suck and I think he’s taking it harder than anybody because it’s his career, his game. He’s the one who has to work every day. The work he’s doing In that he has to remain balanced and confident.” It will come back eventually, but there’s no point in rushing it right now. Just make sure he’s feeling good.”