Lopez Obrador missed “opportunity of the century” at summit with US and Canada: Anaya 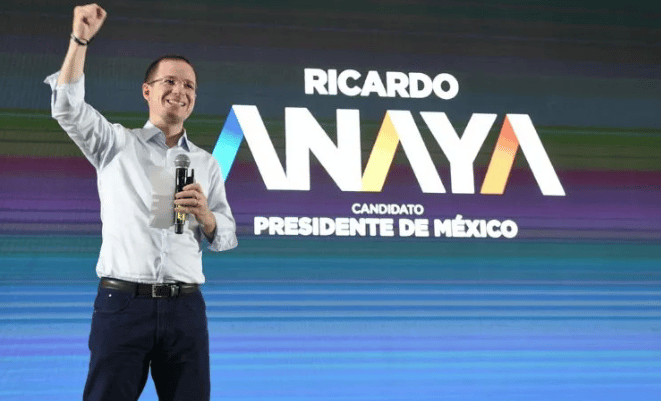 Former presidential candidate, Ricardo Anaya, criticized President Andrés Manuel López Obrador, whom he reprimanded for missing the “opportunity of the century” at the summit between Mexico, the United States and Canada.

Through a new video, he said the results were not as expected because “sadly, we have a president with old ideas, who doesn’t understand the world.”

Ricardo Anaya explained that conditions were favorable for negotiations that would clearly benefit Mexico. He explained that, 30 years after signing the FTA, our country “along with China, is the one that sells most to the United States,” which remains the world’s largest economy.

Furthermore, “due to rising tensions between the United States and China, it is imperative for Americans to move their factories out of China” and fill the millions of vacant jobs. “There are 10 million jobs available in the United States right now, and only 5 million people who are looking for work,” he said.

“It means Americans need us more than ever. And there is an urgent need for better-paying jobs. In other words, not only that there is work, but that it is well paid.” López Obrador That’s what the U.S. should have focused on. One, to bring North American companies to Mexico so there are good paying jobs. Second, many more work visas for Mexicans who want to go to work on the other side, with papers And with the possibility of returning,” he said.

Instead, Anaya maintained, Biden “needed” the Mexican president to land at his new airport: “And to top it off, he talks about crap and a half and even ​That doesn’t let President Biden or Prime Minister Trudeau speak””.

What needs to be understood, said Anaya, is that “no matter what social policy is important, there is no better way to help people than with a well-paid job. When a person gets a well-paid job, That person is out of a job.” Poverty puts that person in the middle class. That person and his family live better”.

The PAN member assured that the fundamental problem that prevents Mexico from benefiting from this situation is that “it is convenient for López Obrador that the people are crushed.”

“And they acknowledged it when they declared that it is safe to help the poor, because they already know you have their support when you need to defend the Fourth Change. It’s not a personal matter.” Well, it’s a matter of political strategy,” he recalled.

For this reason, the PAN member insisted, López Obrador’s political strategy is that the poor are the people and they support him.

“That’s his mindset. López Obrador is classist and racist himself, because he doesn’t understand that poverty is a condition that can be overcome, not an immovable class. It seems he believes that the poor are a There is a caste or a class that you have to give it a little, so that it never becomes anything else, because then they are aspirational,” he insisted.

Finally, Ricardo made a call to look to the future: “No more mediocrity. Let’s dare to think about what Mexico is capable of. There are many of us who want a successful, victorious Mexico.” , In which people love. Invest. , Good paying jobs, Clean energy, Efficient health system, Quality education. This is the Mexico possible. It is time for us to work together with our vision on that good future for all of us, Especially for those who have less.”