Lots of vehicles seized by NYPD set on fire in Brooklyn 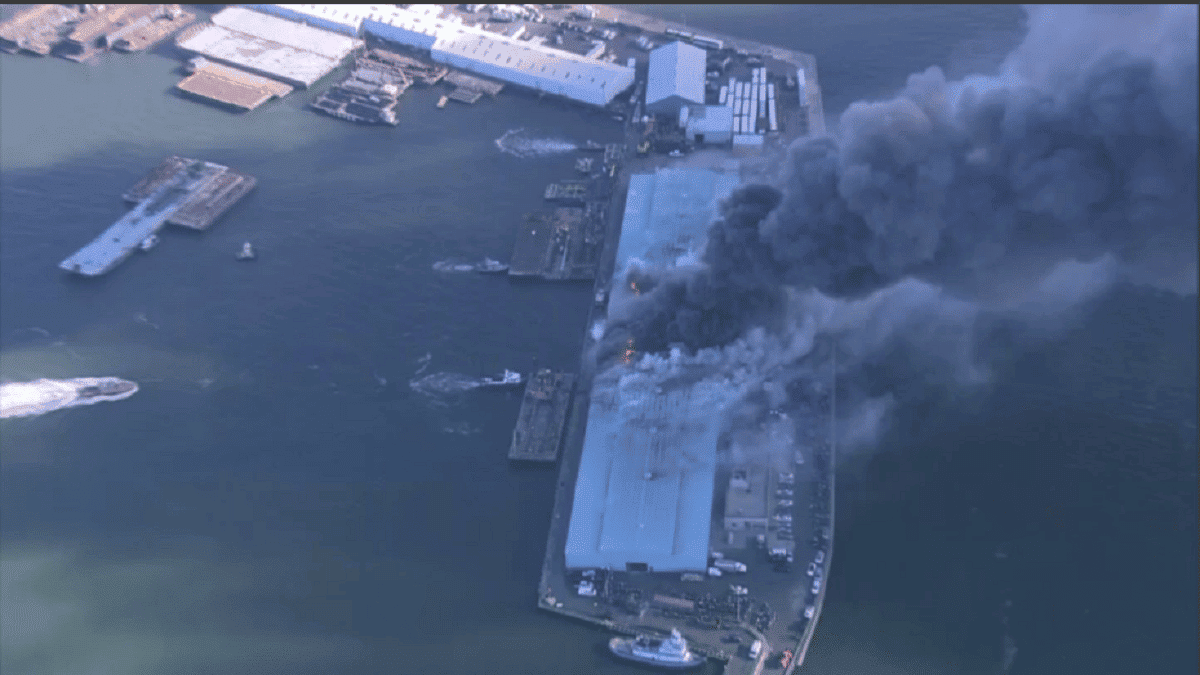 Firefighters were informed about the incident at around 10:37 am and several units rushed to the spot. Erie Basin Auto Pound in red hook, in a huge warehouse Columbia Street. The fire escalated to a three-alarm fire in approximately 30 minutes.

So far, according to what the fire chief told our sister Chen nbc 4 Two firefighters were treated at the scene for minor injuries. Our Telemundo 47 helicopter is in the area and a large cloud of black smoke can be seen right next to the water.

On the other hand, it was unclear how many vehicles were in the lot at the time of the fire, but dozens of cars, trucks and motorcycles appeared to be parked along with ATVs in the dock area.

It appears that the FDNY is using boats as part of their firefighting effort. The city’s Office of Emergency Management advised people in the area to close their windows to limit exposure to the smoke. Traffic delays are expected.

A row of ATVs were seen outside in flames. This impound lot is the same one where New York Police Commissioner Keechant Sewell and Mayor Eric Adams destroyed illegal motorcycles as part of a crackdown this summer.

The Erie Basin is one of several lots that the NYPD uses to store vehicles that have been impounded for reasons other than parking violations. The city says these can include the arrest of the owner of the vehicle, purposes of the investigation, or legal reasons.

The cause of the accident is unknown.

This is a developing story.