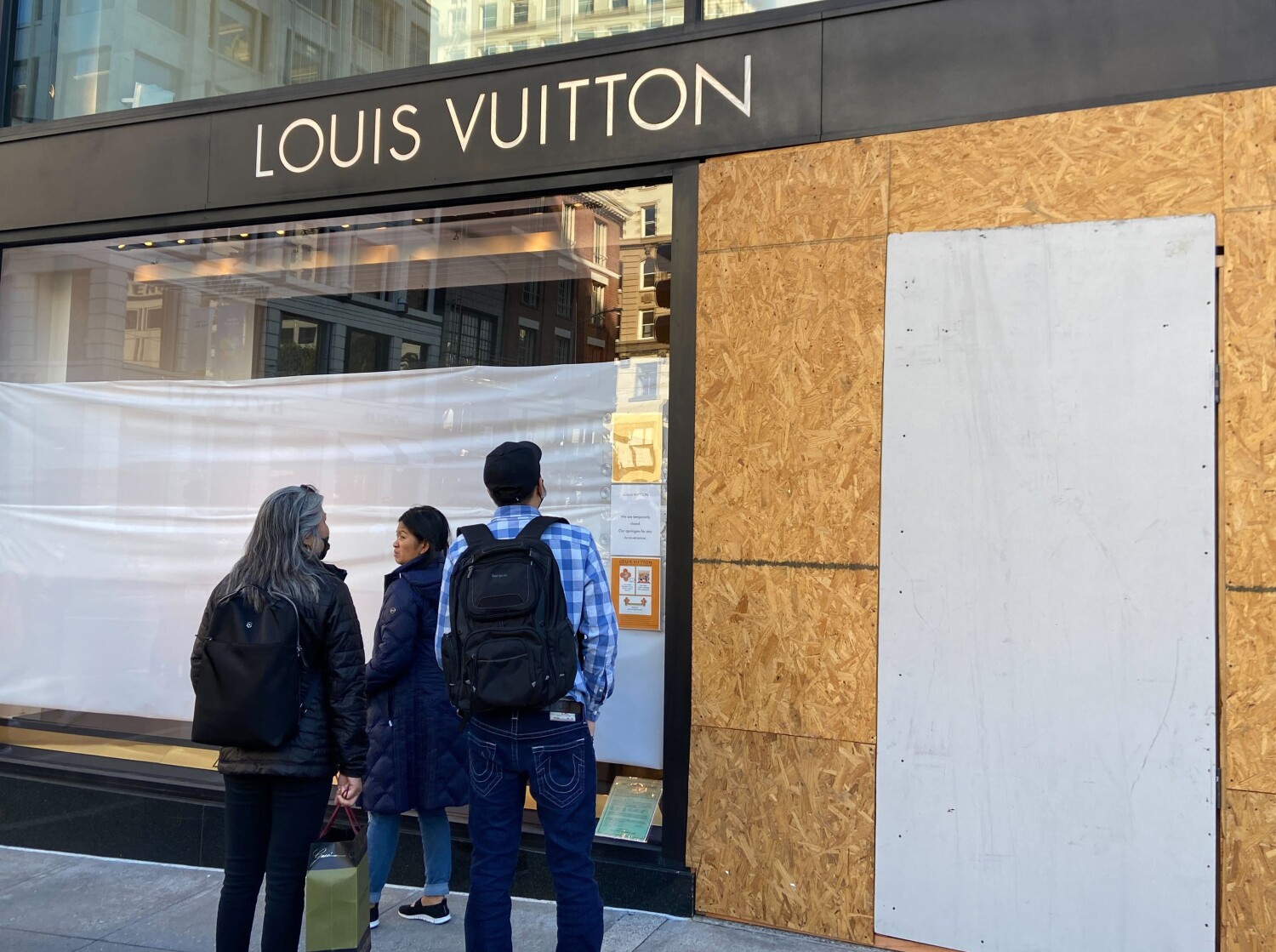 Officers reacted to reports of burglary attempts at a store at block 200 on Rodeo Drive and another at block 9600 on Wilshire Boulevard at around 12:30 pm, according to Captain Max Soobin of the Beverly Hills Police Department.

Witnesses said it was a Louis Vuitton store and Saks Fifth Avenue.

Soobin said that several suspects were seen driving around in several vehicles and that they “went down to the ground and used a sledgehammer to try to punch through the front windows.”

According to him, no records were made in either case.

The incidents follow a series of robberies in the Bay Area, including targeted Friday and Saturday thefts of several high-end stores including Louis Vuitton, Burberry, Bloomingdale’s and Nordstrom.

Soobin did not confirm whether Beverly Hills officials are considering the incidents. Beverly Hills police and armed private security have increased the number of patrols in the area, he said.

“It used to be the safest city in the West, but now it is not,” on-site buyer Salvano Fino told CBS-TV. “Anyone can come and just take it, and it becomes very easy for them.”

Representatives for Louis Vuitton and Saks Fifth Avenue did not immediately respond to requests for comment. Calls to both stores went unanswered Monday morning.