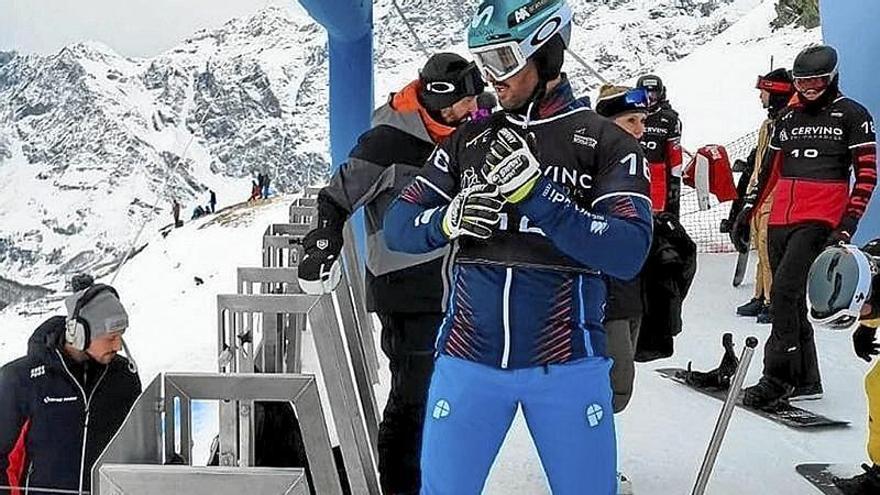 Donostia – Lucas Aguibar was able to prepare for Friday’s race and finished fourth in the second World Cup race held at the Italian station of Cervinia this weekend. In the first race of the week, the man from San Sebastian crashed in the quarterfinals and finished 28th in the general classification. Yesterday he managed to reach the Grand Final and repeat the fourth place he achieved at the start of the competition in Les Deux Alpes.

Aguibar “was very happy to be one of the best once again. On Friday, due to bad luck, I crashed and could not fight to go to the next round. As in previous rounds the attempt to attack below was quiet. In the final, just before the big jump, the German – Martin Norell – turned to close me and I was there, he touched me with his board and I couldn’t help it, I went flying.

The man from San Sebastian edged past Lone Bozolo in the quarter-finals, and was second again to the Frenchman in the quarter-finals and semi-finals. Bozolo capped off his impressive performance by winning the Grand Final, ahead of Noerl, Swiss Kalle Koblet and Aguiber himself.

The 2021 world champion is placed sixth in the general classification with 129 points after a contentious first three rounds of the World Cup. Martin Noeral leads the list with a total of 240 points. Bozolo is second with 177 and Jakub Dusek is third with 139.

Álvaro Romero, for his part, was eliminated in the round of 16. The man from San Sebastián was third in his series, overtaken by Coblet and Adam Lambert, 17th in the Italian season and 30th in the World Cup general classification.

The competition’s next two tests were scheduled in the Austrian resort of Montefon next week but have been canceled and the World Cup will resume in Cortina d’Ampezzo (Italy) on January 28. There will be a new test in Canada in February before the World Championships in Georgia in March.- Ng