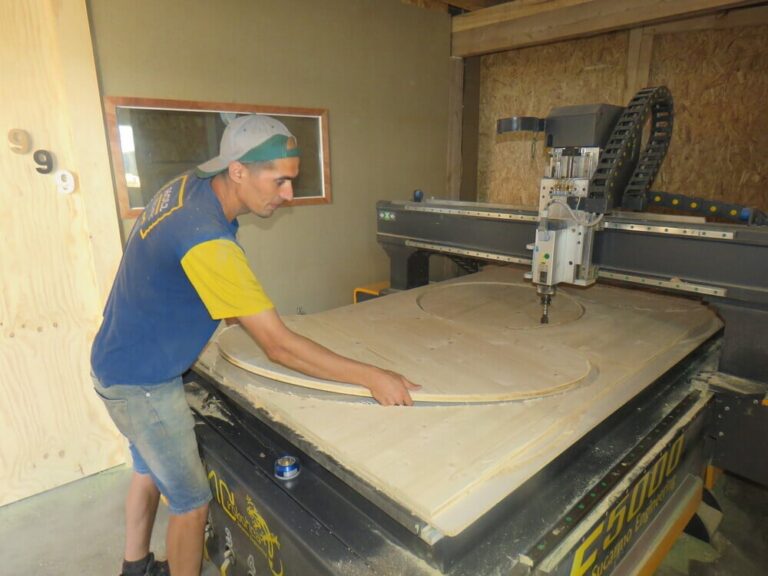 80 years ago, a family settled in Miranda built a sawmill that has become a symbol of the city for decades. Madrasa Suseta has traditionally cooperated with large constructions and, after some time, opened for private commission. To fix this issue and create a more diverse product, they acquired a new digital sawing machine in 2021 and a laser machine in 2022. Now they are seeing the fruits of their investment and they assure that this has allowed them to offer their services to more and more clients.

“There is a CNC milling machine, but we also have a laser machine for jobs that require high precision. It is new to small things, but simple,” summarizes the unit’s manager, Arturo Susetta. According to him , the tool with the biggest impact on his day-to-day has been the large digital cutter, although he admits that the 20,000 euros he paid may have “cost to amortize”. However, for now he has no regrets. And he believes “this is the future, this is an investment”.

Thanks to their new router, they can cut wood with a level of “detail” previously unimaginable. Of course, “at first we thought it was easier to use,” Suseta explains. Going by his words, they quickly understood that they had to hire a specialist. And he did. The person in charge of using this tool, Dani, believes that “it’s not that difficult”, although at the same time he says “you have to learn how to use a computer” and work with wood. At the end of the day, some programming knowledge is required, something that he accumulated in previous work stages when he was dealing with aluminum related firms.

Also, in addition to enlisting a new employee, Suseta says he was forced to design “a new work area.” “We’ve built another room to separate the computers and we’re already moving everything,” says the company manager. To do this, they have created several partitions that allow connecting rooms through doors without dust and sawdust affecting technical equipment. Notably, the owner of Miranda’s company argues that he now has the ability to “more precisely cut, mill letters, draw drawings, and create trophies.” In addition, Suseta said that the most recent machinery has allowed him to streamline his work relating to large orders. For example, the device can be programmed to “make the boards flatter and make sanding easier”.

Customization. The history of Madrasa Suseta is based on the experience of a business that is constantly changing. As the current manager recalls, it all started as a typical sawmill “for construction and homes”, but with the crisis of 2008 they re-established themselves. Since then, they serve “individuals” and have formed a client portfolio that covers the entire area “within 60 km”. Overall, this latest investment only represents another step in his career. “We can’t continue like 80 years ago, we have to evolve,” he says.