Magic’s Wendell Carter Jr. looking to prove he can ‘hang with the best of them’ 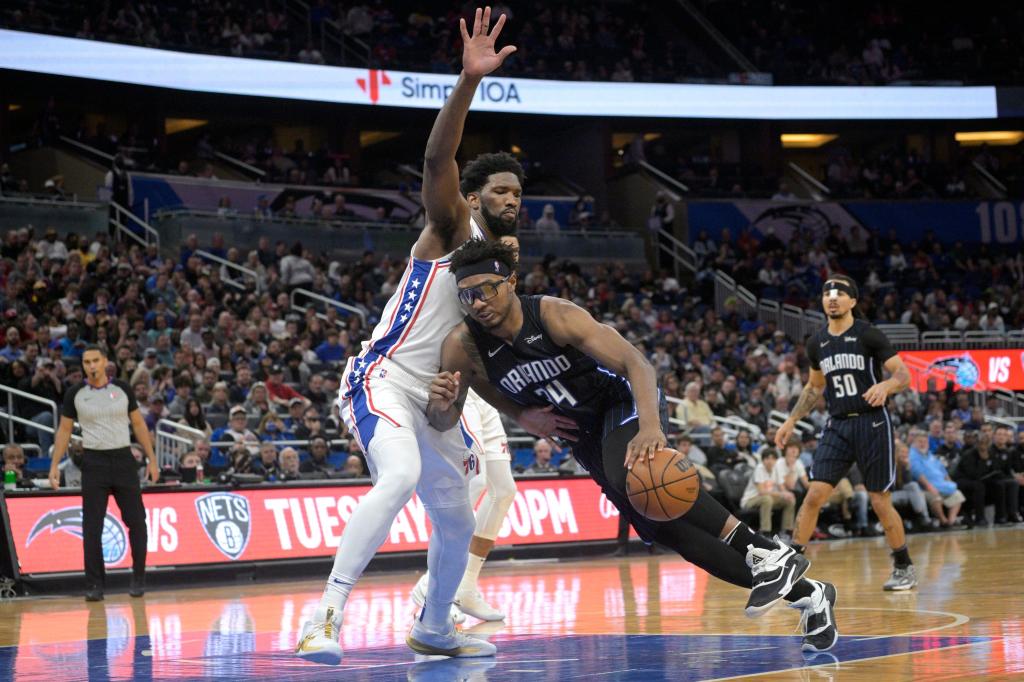 Wendell Carter Jr. hasn’t been hesitant to admit that the opportunity to match up against the league’s top big men motivates him.

“I want to be able to prove I’m one of the elite bigs in this league,” Carter said after having 25 points, 12 rebounds and 4 assists in a loss to Nikola Jokic’s Denver Nuggets last month. “It’s not something that happens overnight. The next step for me is being more consistent. I love playing this game against some of the best players in the world.”

Sunday’s home loss to the Philadelphia 76ers was another example of Carter stepping up when matched up with an elite big man.

Embiid went 6 of 19 (31.5%) when Carter defended him while recording 2 turnovers and being blocked by Carter twice, according to tracking data on the league’s official website.

Carter committed only one shooting foul against Embiid, who leads the league in free throw attempts per game at 12. Carter did what Magic coach Jamahl Mosley asked of him leading into Sunday: Get to your spots early and keep your hands high.

“He’s done that all year in being able to take on these challenges,” Mosley said. “Not just with the bigs — he’s taking on the challenge when he knows he’s going to have to switch on an elite guard. Playing against these star bigs, he’s taken those challenges on and done very well.”

Carter admitted that guarding Embiid is “tough” while acknowledging “the one way you slow that down is by making him work on the other end.”

Carter finished with a team-high 23 points to go with 12 rebounds and 3 blocks. Carter went 7 of 13 from the field when Embiid guarded him and stayed aggressive despite Embiid’s size advantage.

Carter’s consistent offensive aggressiveness has been part of his year-long growth. He’s been the Magic’s leading scorer (17.2 points in 24 games) since the beginning of 2022.

On Monday, Carter was nominated for the Eastern Conference Player of the Week (March 7 through March 13) after averaging 19 points (52.5% shooting), 10.5 rebounds and 3 assists in Orlando’s four games last week.

“I see myself as a really good player and a person who can hang with the best of them,” Carter said. “I try to do that any time. Any time I’m going against these high-caliber bigs, I see it as an opportunity to prove myself.”

The Magic will continue their six-game homestand with a matchup against the Brooklyn Nets (35-33) Tuesday.