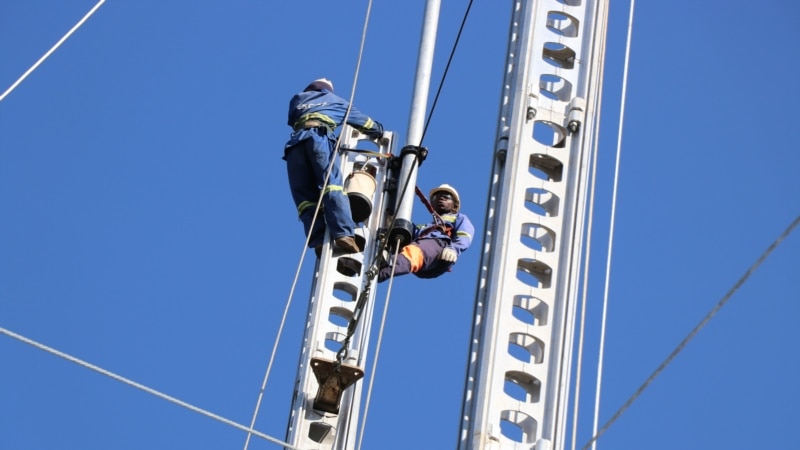 Malawi, one of Africa’s poorest countries, lost 30% of its electricity generation in January when Tropical Storm Enna destroyed its main power station. The new project is expected to generate 50 MW of electricity for the country upon completion.

The Mozambique-Malawi Regional Interconnector Project was launched by the President of Malawi, Lazarus Chakwera, during his visit to Maputo.

Chakwera said the project was historic as it would establish a reliable electricity connection not only between the two countries but also between the Southern Africa Development Community, or SADC, a regional economic organization consisting of 16 member states.

The power line has the potential to increase business opportunities, he said, and will also create more than 1,000 jobs for Malawi and Mozambique.

Innocent Chitosi, spokesman for the Electricity Supply Corporation of Malawi, or ESCOM, said the project would help the corporation meet Malawi’s growing demand for electricity.

“Estimated demand is hovering around 550” [megawatts],” Chitosi said. “It varies over time, but we are able to produce about 350 MW on a steady basis, so you can see the difference. But you also know that if we have a better source of electricity, maybe the demand can go up.

The $154 million interconnector project is being funded by the World Bank, the European Bank and the German state-owned bank KfW.

When the transmission line is finished, Malawi hopes to buy about 50 megawatts of electricity from Mozambique – about 12 percent of the country’s needs.

Chitosi, however, said the country could buy more megawatts if needed.

“Basically, there will never be a time when we’ll say, ‘That’s enough,'” Chitosi said. “You know the President’s vision is to have 1,000 MW by 2025. So, we have now negotiated an additional 60 MW, making it 110. And we have Mozambique’s side to request for more power supplies. There’s a place for it.”

But economic experts believe that the project will not be economically viable until Malawi becomes more industrialized.

Tchereni said that Malawi should eliminate all means of electricity generation such as solar and wind power at its disposal before it can start buying electricity from Mozambique.

Chitosi, however, said the project is one of many Malawis to reduce power shortages.

In 2015, Malawi’s government liberalized the power sector, which was monopolized by the state-run ESCOM Power Transmission and Distribution Company, and allowed independent electricity suppliers to operate.

The target date for completion of the new power line is October 2023.