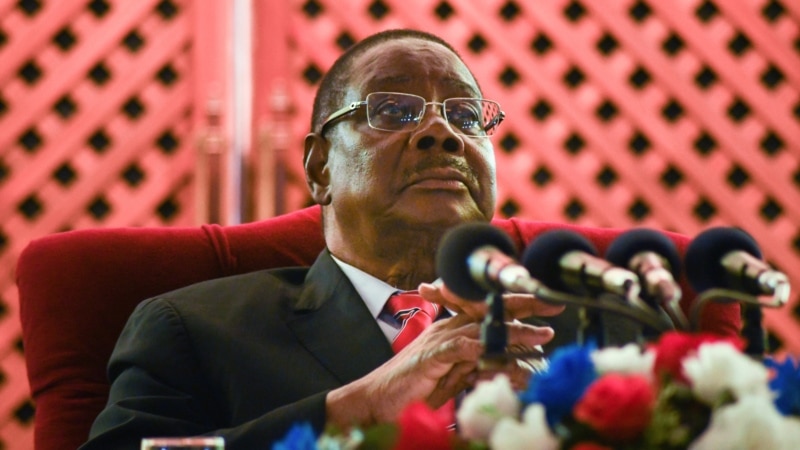 Malawi’s government has ordered police to investigate former president Peter Mutharika and an assistant in connection with the 2018 murder of a 24-year-old albino man. Days earlier, Malawi’s High Court had sentenced 12 people, including a Catholic priest and a police officer, for taking part in the murder. Some of the culprits mentioned the former president as an accomplice, who dismissed Mutharika as a prank to defame his image.

The director of public prosecutions, Steve Kayuni, said the order was in response to a court ruling questioning why no investigation had been conducted into the alleged involvement of former president Peter Mutharika and his former assistant, Hetherwick Ntaba, in the murder of MacDonald Masambuka does not support. an albino.

Kayuni said Mutharika and Ntaba could be charged with harming a person with a disability, withdrawing human tissue and transacting into human tissue.

During the trial, a former police officer, Chikondi Chileka, and another man, Alfred Yohane, claimed on several occasions that Mutharika and his assistant were behind the plot to assassinate Masambuka.

Their testimony forced Judge Zione Ntaba, presiding Supreme Court, to withdraw herself from the case in May 2019. Former presidential assistant Hetherwick Ntaba is her paternal uncle.

Ntaba, a former chair of the National Task Force on People with Albinism, told VOA on Thursday that the findings of the investigation, which the government launched in 2019, could not prove the allegations.

“At the same time, a president’s commission of inquiry was set up to look into these allegations and other issues concerning the killings of people with albinism. “They came out with their findings, they did not confirm these allegations,” Ntaba said. “In any case, the current DPP [director of public prosecutions] is aware that there is such a commission of inquiry report. He also needs to look at it. He should know what the report says. “

Ntaba said he had long been prepared to contest the allegations in court.

“As soon as I heard my name and the former president’s name in court, I went to him. [director of public prosecutions] in response to the accusations by these people he is talking about now, ”Ntaba said. “I said, ‘I want to go to court and respond to this,’ and his response was, ‘Do not worry, there is no evidence.’

In a statement on Wednesday, former President Mutharika also rejected the allegations as false, malicious and vicious propaganda aimed at tarnishing his image.

Mutharika has asked the government to disclose the findings of the Commission of Inquiry it set up in 2019 to investigate causes of attacks on people with albinism dating back to 2014.

Young Muhamba, president of the Association of People with Albinism in Malawi, said investigations into all those mentioned in Masambuka’s death would help uncover the albino bone market, which remains unknown.

“It is important that all aspects of that particular case be investigated,” Muhamba said. “All those people who were allegedly involved should be thoroughly investigated so that the process of exposing the market should be in a positive way.”

Masambuka disappeared from his village on March 9, 2018.
Less than a month later, his limb body was found buried in the garden of a house where one of the attackers lived, in the Machinga district in southern Malawi.

The former police officer, Chikondi Chileka, was with Alfred Johane among 12 people who were in jail in connection with the Masambuka’s death. Chileka was sentenced to 30 years in prison, while John received a life sentence.

Others include a medical practitioner and an herbalist.