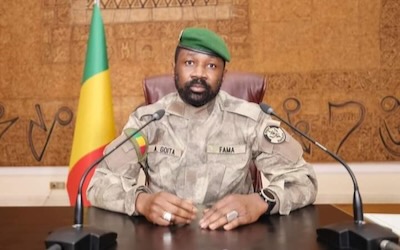 On October 8, 2021, in an interview given to RIA-Novosti, the Prime Minister of Mali, Choguel Maiga, accused the French secret services of devoting themselves to training terrorists that the French military had been fighting in that African country. had claimed. I

On January 11, 2022, Mali condemned the violation of its airspace by the French military in that country – the so-called Barkhane mission. French General Laurent Michonne then replied that the French Army had only exercised the privileges included in the Franco-Mallian Agreement signed by the French Armed Forces in Mali during Operation Serval. After this, the transitional Malian government canceled all agreements and the French army began to retreat from Mali. I

On 3 July, the Economic Community of West African States (ECOWAS) ended all sanctions it had adopted against Mali since 9 January. I

On 6 July, Mali’s transitional government sent a detailed schedule of political reforms to the United Nations Security Council until the election of the republic’s new president, scheduled for February 2024.

On 6 August, the Russian Federation handed over a large batch of aircraft and helicopters to the Malian army. I

On 16 August, Colonel Asimi Goita, the chairman of Mali’s transitional government, asked the United Nations Security Council to convene a special meeting on France’s support for the jihadists. I

In a request sent to the Security Council, Colonel Goita clarified that he has evidence that proves France’s double game. I