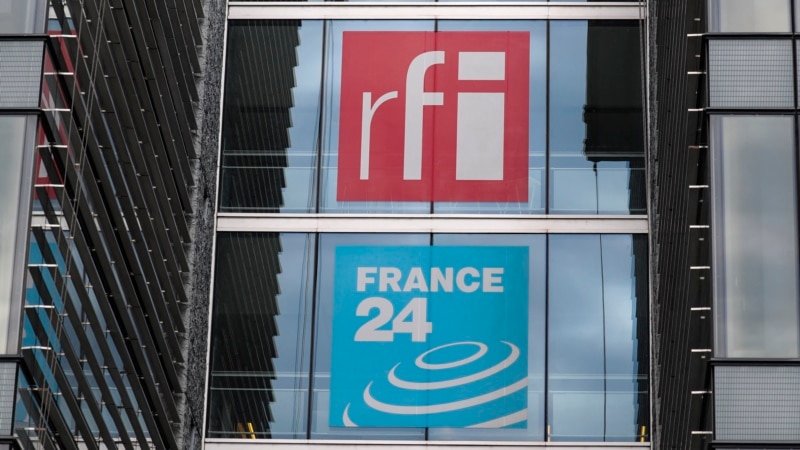 The Malian government says it will suspend broadcasts of Radio France Internationale and France 24 television in the country. The announcement followed reports by French media and a rights group that the Malian army has committed human rights abuses in recent months.

Mali’s military government issued a statement Thursday that it will “initiate proceedings” to “suspend, until further notice” RFI and France 24 broadcasts in Mali.

The government aimed at the destabilizing are false and are part of a “strategy at destabilizing the transition, demoralizing the Malian people, and discrediting the valiant armed forces.”

Human Rights Watch published a report on Tuesday that included alleged witness accounts of executions and other abuses committed by Malian soldiers and, separately, by Islamist extremists.

The report also includes interviews with those who visited the site of a mass grave near Diabaly, Mali. The grave contained the bodies of several victims who were burned with their hands tied behind their backs, videos of which have been circulating on social media in recent weeks.

Locals have accused the army of committing the executions, and say the victims are ethnic Fulani men who were unfairly targeted.

Mali’s army denied claims that they were responsible for executions that occurred near Diabaly.

Mali’s military government, which took power in a 2021 coup, in February suspended the accreditation process for foreign journalists.

Regarding the threatened suspensions, France Médias Monde, the parent company of RFI and France 24, issued a press release Thursday stating that it will “investigate all avenues of appeal to ensure that such a decision is not implemented.”