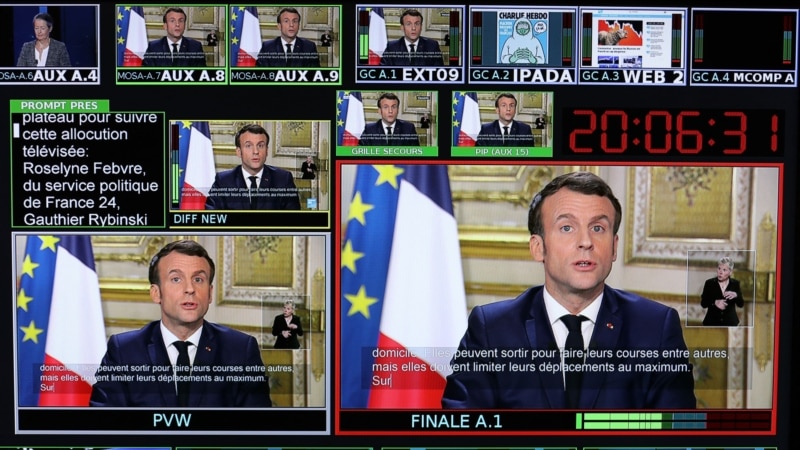 Authorities in Mali have taken Radio France Internationale and France 24 television off the, accusing the media outlets of broadcasting false air against the Malian army.

The Committee to Protect Journalists (CPJ) says the suspension, which followed months of rising tensions between Mali and France, has serious implications for foreign and Malian journalists alike.

RFI and France 24 went off the air Thursday evening in Mali, on orders from Mail’s military government.

In a press release, the government said the outlets broadcast false about the Malian army that were aimed at “destabilizing” the government.

Earlier this week, RFI aired a report on alleged executions of civilians and other alleged human rights abuses committed by Mali’s army.

VOA also reported on the allegations, speaking to a man in central Mali who witnessed several acquaintances taken away by the army and never seen again.

CPJ in February reported on the suspension of the accreditation process for foreign journalists in Mali, which has not been reinstated.

Angela Quintal, CPJ Africa Program director, speaking from New York, said that the suspension of RFI and France 24 is “censorship, pure and simple.”

“What CPJ has asked and what we will call for, obviously, is that the Malian authorities should really halt their efforts to control journalism in the country, because that’s what it’s all about. And that they should reverse the suspension of RFI and France 24 immediately,” Quintal said.

He referenced both the European Union’s decision to suspend Russian media and the Malian government’s suspension of French broadcasts in saying that there is a worldwide “worrying turn” away from democracy and free expression.

He said that in his view there was a possibility to find the ways and means by which to respond to certain criticisms or allegations in the media. Suspension, he thinks, is an extreme measure.

Read Also:  US diplomat apologizes to thousands of Afghans stuck in UAE

Corinne Dufka, Sahel director at Human Rights Watch, which published its own report this week on alleged abuses committed by Mali’s army, speaking from Washington, said the suspension of the French broadcasts sends a message about human rights reporting and investigating.

“We are concerned that it will lead to self-censorship within the Malian press, as well as a dampening of the national human rights community to fulfill their important mandate of investigating abuses by all sides,” Dufka said.

Dante says this is the first time to his knowledge that foreign media have been suspended in Mali.

France Medias Monde, the parent company of RFI and France 24, says the two media outlets are followed by a third of Mali’s population each week.