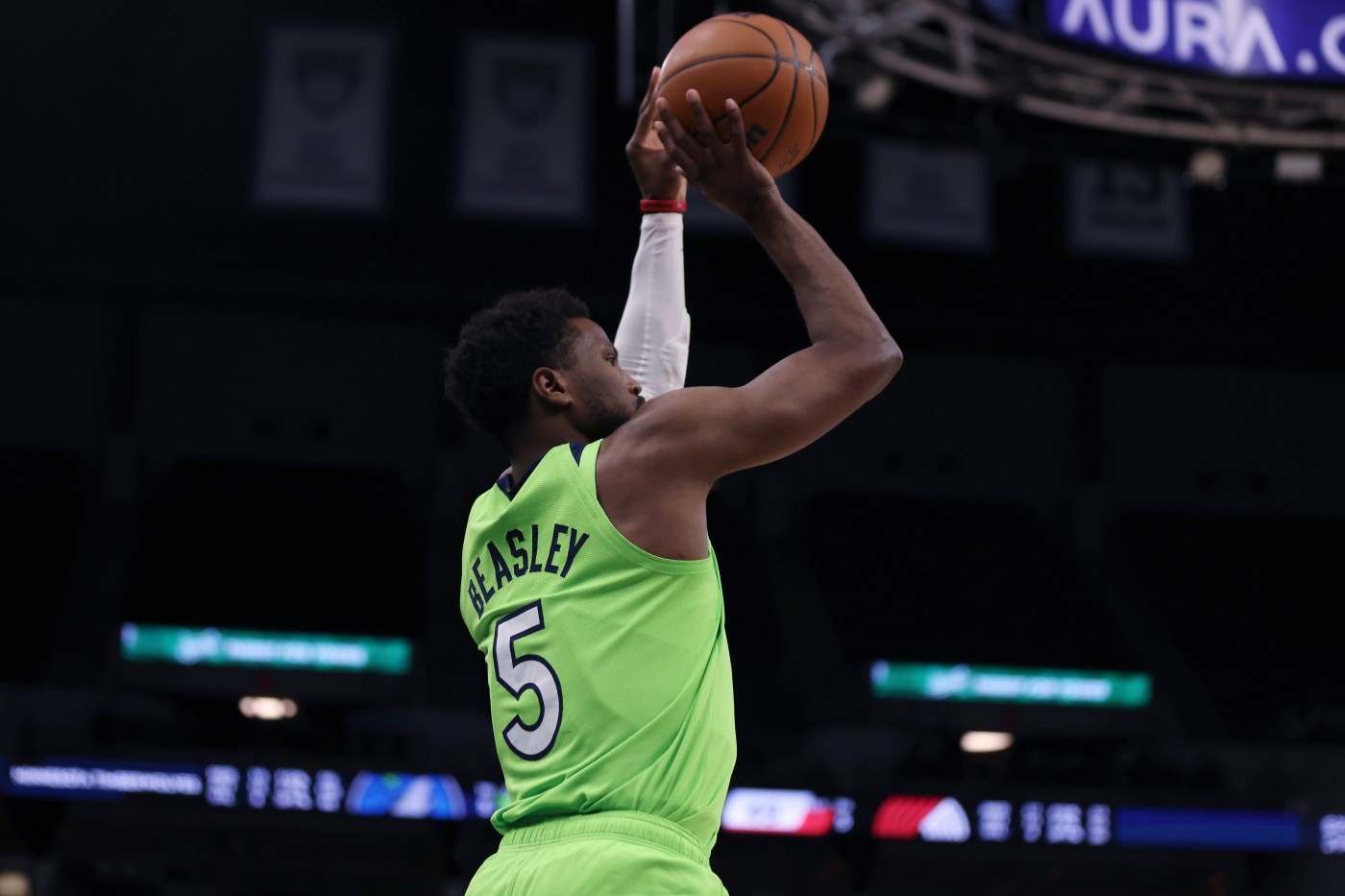 With Malik Beasley going off from long range and into the Timberwolves’ record book early on Saturday night, an amped up Target Center crowd was primed for a night of shots and giggles.

The Wolves came into the game having won three in a row and would be facing a Portland team 12 games under .500 and with a severely limited roster.

Of the eight players available, one was undersized center Drew Eubanks, playing on a 10-day contract and assigned to do what he could against Karl-Anthony Towns. The rout figured to be on, even with the Wolves playing on the second night of back-to-back games.

In the end, the night did prove celebratory. The margin of victory was a comfortable one in a 135-121 win; the middle 40-something minutes of action anything but.

“We found a way to win. It wasn’t a pretty game. Four back to backs (this season), it’s damn near irresponsible. I’m proud of the guys for getting it done.”

As expected, Towns led the way, scoring a team-high 36 points and pulling down 15 rebounds.

Beasley made his 11th start of the season, replacing point guard Patrick Beverley, who missed the game due to soreness in his right ankle. His second 3-pointer of the game, which came early in the first quarter, gave him 191 on the season, surpassing Kevin Love’s team-record 189 3s in 2013-14.

But his night ended early and abruptly, as he was ejected from the game early in the third quarter for head-butting in a scrum under the basket.

The Wolves got a huge lift from Jaylen Nowell, who scored 22 points, most of which came after Beasley’s ejection.

“It’s just basketball,” Nowell said. “I don’t overthink the game. I just go out there and do what I do. The game is about rhythm, and I found my rhythm and went from there.”

Both teams shot the ball well in the first quarter. The Trail Blazers made 6 of 10 3-pointers in the quarter — including three by Simons — to take a 34-32 lead after 12 minutes.

The Wolves trailed 64-63 after three quarters, but with Towns imposing his will on the Blazers, the Wolves slowly pulled away.

“I go into every game looking to dominate,” Towns said. “With the players they were missing I felt I could take the ball to the basket and score.”

The Wolves again were without small forward Anthony Edwards, who missed his third straight game due to tendonitis in his left knee.

Taurean Prince missed the second half due to a back issue, and Naz Reid was slowed after banging his right knee. Their availability for the rematch with the Blazers on Monday is to be determined.