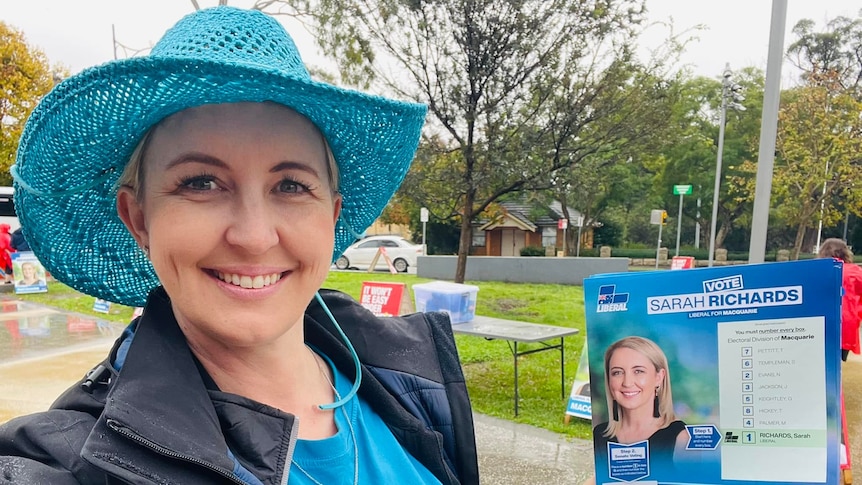 A man has been charged after allegedly assaulting a Liberal Party volunteer in an altercation over the removal of political signage in the New South Wales Blue Mountains.

Liberal volunteer Kevin Birch told police he was driving in the town of Lawson when he approached a man removing a corflute for Liberal candidate for Macquarie, Sarah Richards, on Wednesday night.

Police said an argument ensued between the pair, before the 53-year-old was allegedly assaulted by another man who had pulled up in a car nearby.

Liberal Senator for NSW, Hollie Hughes, described the incident, which was brought to the attention of the media by the party, as unacceptable.

“A 53-year-old man who had his wife and 12-year-old daughter in the car was violently assaulted,” Ms Hughes said.

“This sort of violent behavior has no place in Australian politics.

“The tone of this campaign has certainly been concerning when you look at some of the assaults that have taken place, but also the vandalism that we’ve seen occur across the country.

“It’s absolutely disgusting, this sort of behaviour, and it needs to be called out for what it is.”

On Thursday, the 25-year-old driver was arrested in relation to the incident before being charged with assault occasioning actual bodily harm and common assault.

He was granted conditional bail to appear in Katoomba local court in June.

Police said inquiries were continuing to find the man who allegedly removed the corflute.

Last week, the police launched an investigation into reports that a poster for the Green’s Senate candidate David Shoebridge had been ripped down and stomped on by a group appearing to wear Liberal campaign gear in the Sydney seat of Wentworth.

It came after the Australian Electoral Commission said a special taskforce would investigate that the campaign posters of some Independent candidates were being tampered with in breach of electoral laws.

The campaign material of Independent candidates including Zali Steggall, Sophie Scamps and Georgia Steele were allegedly altered to suggest they are from The Greens.

Read Also:  Scott Morrison and the Labor Party are Google's hot topics, but how much of that online activity will affect the election?

US officials wonder: Where are Russia’s much-feared cyberattacks? , CBC News