Manchin and Murkowski endorse each other during joint interview 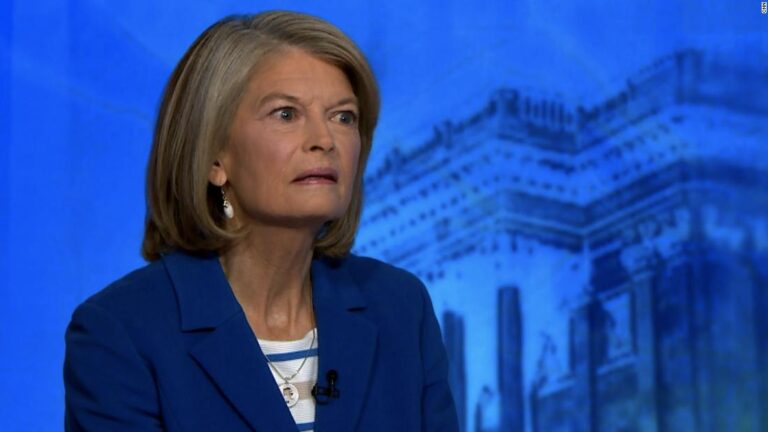 “I’m endorsing my dear friend Lisa Murkowski. Alaska could only be so lucky to have her continue to serve them,” Manchin told CNN’s Jake Tapper on “State of the Union,” reiterating his previous endorsement of his Republican colleague in her upcoming Alaska Senate race.

“It’s hypocritical to basically work with a person day-in and day-out, and then when they’re in cycle, you’re supposed to be against them because they have an R or D by their name,” he explained.

Murkowski is in a potentially tough fight, facing a primary challenge this year from Republican Kelly Tshibaka, a former Alaska Department of Administration commissioner who has been endorsed by former President Donald Trump.
The Alaska Republican addressed the pushback she’s faced from her own party for refusing to back Trump’s election lies. In a tweet on Saturday, she criticized a statement by the Republican National Committee calling the events of January 6 “legitimate political discourse.”

Murkowski also said she would endorse Manchin if he chose to run for re-election in 2024.

If he does run, the West Virginia Democrat could face a challenge from the left wing of his party, which harbors frustrations with Manchin for refusing to vote to change Senate filibuster rules to pass voting rights legislation.

Manchin, however, brushed off the fact that Senate Majority Leader Chuck Schumer hasn’t directly said whether he would support Manchin and his fellow moderate Arizona Sen. Kyrsten Sinema against primary challengers.

He said he’s talked to Schumer in recent days “about that and everything.”

“No way, shape or form will (Senate Minority Leader) Mitch McConnell or Chuck Schumer not support their caucus. It just doesn’t happen,” he said, suggesting that the majority leader may be avoiding the topic to make other members of his party happy.

Manchin also spoke to the importance of bipartisanship, telling Tapper, “I don’t think politics was designed to be comfortable, but it sure as heck wasn’t designed to be miserable.”

He said he’s talked with both Schumer and McConnell, and that they’ve both been supportive of ongoing bipartisan efforts in the chamber.

The moderate Democrat, who effectively shut down negotiations on President Biden’s social spending bill at the end of last year, said he has talked to the President, but it wasn’t focused on that legislation.

“We’ve had a conversation but really didn’t get into that. Right now our main concern is get a budget,” he said, alluding to ongoing negotiations to fund the government beyond February 18.