Many victims of wage theft are compensated in California; so you can report 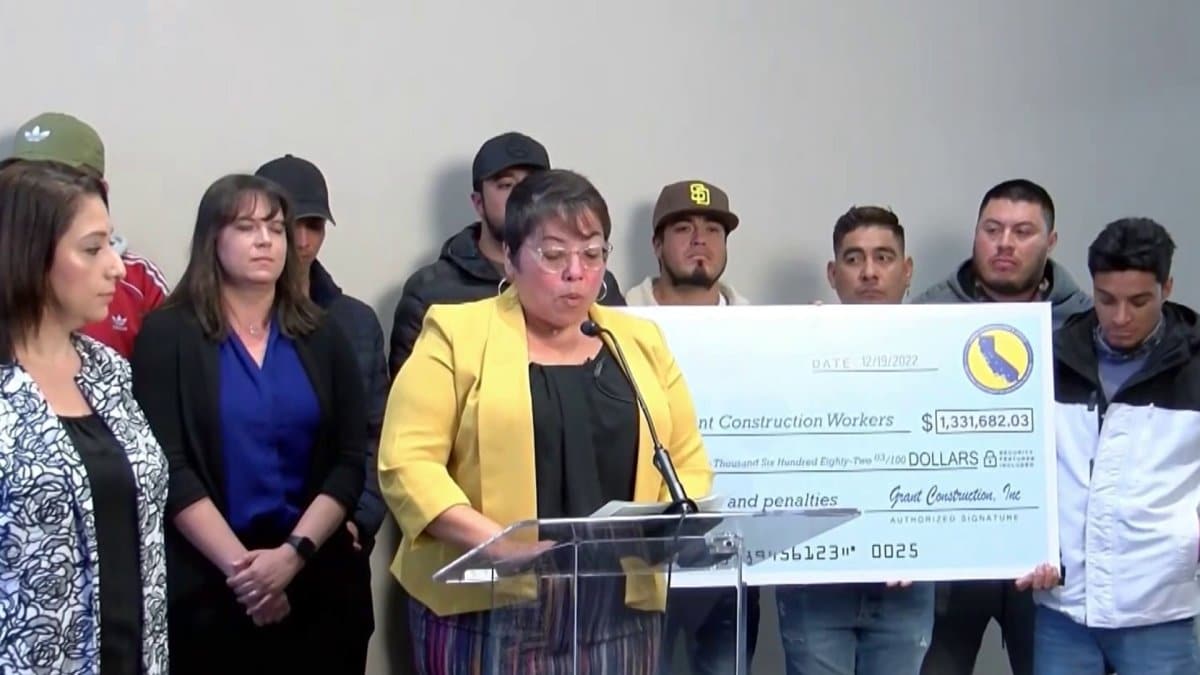 This Monday, and in a press conference, California’s labor commissioner handed out checks to the afflicted workers, totaling $1.3 million.

“You feel bad, humiliated. More than anything, you feel ugly,” admitted Ramiro Sanchez, a wage worker, this Monday.

Knowing that his wages were unfair, he filed a complaint with the California Office of Industrial Relations for alleged wage theft. He and other workers were hired to build a farmworker housing project in Wasco, California.

The law specifies that those workers hired for public works projects, (or those financed with public funds) must receive so-called prevailing wages, not self-employment pay.

The investigation took 4 years, and that is that many times this crime is verified over time. The first claim was filed in 2018 precisely by Ramiro Sanchez.

Case investigator Dina Morsi says it took her 16 months to investigate the claim and find irregularities. She began making more inquiries about the checks that were cashed, corroborating the dates reported by the employees and the company, until June 2020, when she filed the allegation.

Wage theft is more common than you might think, but cases on such a large scale are rare. Both the authorities and affected employees recommend not to remain silent and to report.

How do I report wage theft?

Workers in California have the right to file a wage claim when their employer does not pay their wages.

It is considered as wage theft:

California employment laws protect all workers, regardless of immigration status.

You can file a claim online by accessing this link, which will require you to create an account with the California Department of Industrial Relations.