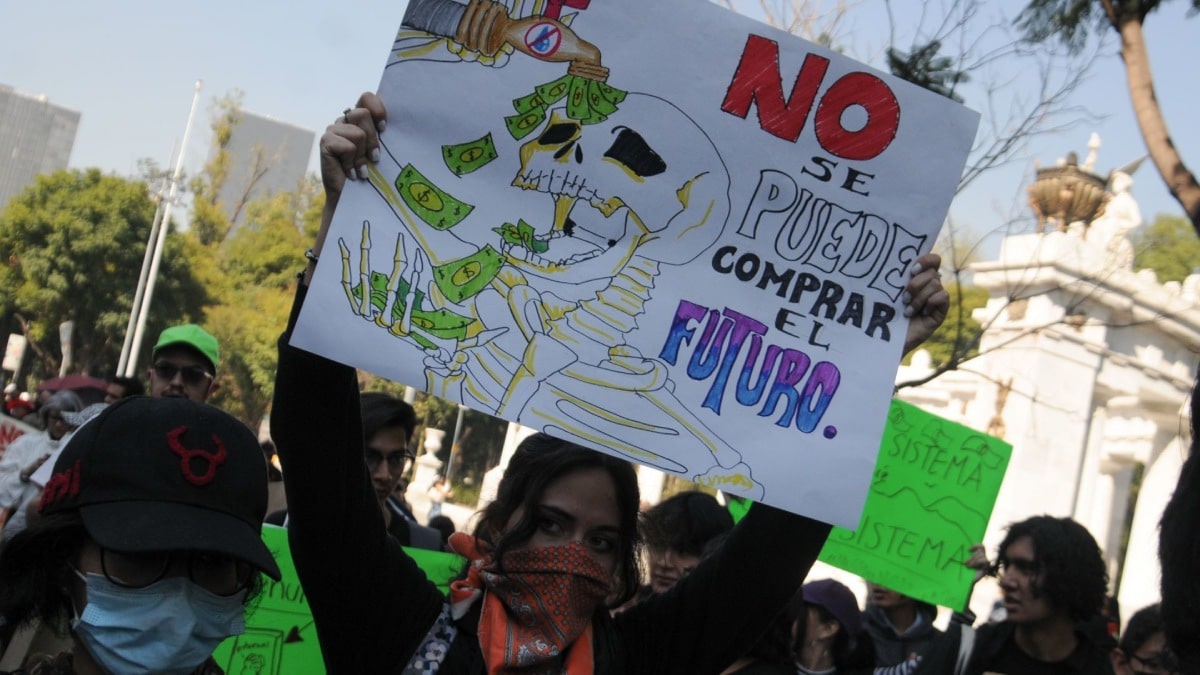 in Mexico City (cdmx), it is Thursday 8 December 2022 Many marches and demonstrations are expected throughout the day, and to avoid getting stuck in traffic and crowds, Unotv.com has all the details you need to know.

In which parts of CDMX will there be marches and demonstrations today?

With more activities than other days, this Thursday mobilization is expected from 6:00 am in Cuauhtémoc, where there will be a demonstration Constitution PlazaCentral Colony.

At AJ 1 Norte and Alberto Santos Dumont, in the Aviación Civil neighborhood, residents blocked the road to protest the lack of water in their homes despite continuing to pay bills.

While protests will continue at 7:00 a.m. Judiciary of Mexico City (PJCDMX)with a performance outside the facilities of Superior Court of Justice (TSJCDMX) In the capital at James Sullivan 133 in the San Rafael neighborhood.

In addition, two simultaneous activities are planned at 9:00 a.m., one of them national palaceat the height of the National Museum of World Culture, in Moneda 13, and, again, in another Women’s Museum17 in the Republic of Bolivia, both in the Centro neighborhood.

Then, at 9:30 a.m., the Secretariat of Civil Defense (SSC) expects concentration against senate of the republicAvenida Paseo de la Reforma 135, in the Tabacalera neighborhood, while at 10:00 a march will leave the vicinity of Ángel de la Independencia, Paseo de la Reforma Avenuetowards this legislative body.

At the same time, 10:00 a.m., two more concentrations are expected, one of colon detourin Avenida Paseo de la Reforma 64, in the Juárez neighborhood, while the other will be in National Center for Social Communication AC (SENCOS)In Medellin 33, in the Roma Norte neighborhood.

At 8:00 p.m., there will be a demonstration at the Glorieta de la Palma at the intersection of Avenida Paseo de la Reforma and Niza in the Juárez neighborhood, as during the day there will be protests in front of the government headquarters in the capital, Old City HallAt Plaza de la Constitution 2, Colonia Centro.

In case of demarcation, protest will be lodged outside eight o’clock in the morning. chamber of Deputieson the side of Emiliano Zapata, in the El Parque neighborhood, while at 12:00 noon there will be another one in the same facilities, but at the access of Avenida H. Congresso de la Unión 66, El Parque neighborhood.

On the other hand, there are likely to be concentrations outside around 10:00 a.m. and 2:00 p.m. UAM IztapalapaOn Avenida San Rafael Atlixco 186 in the Vicentina neighborhood.

While there will be a sit-in in front of the 4 p.m. National School of Conservation, Restoration and Museography “Manuel del Castillo Negrete” of INAH, in Calzada Gral. Anaya 187, in the San Diego Churubusco neighborhood.