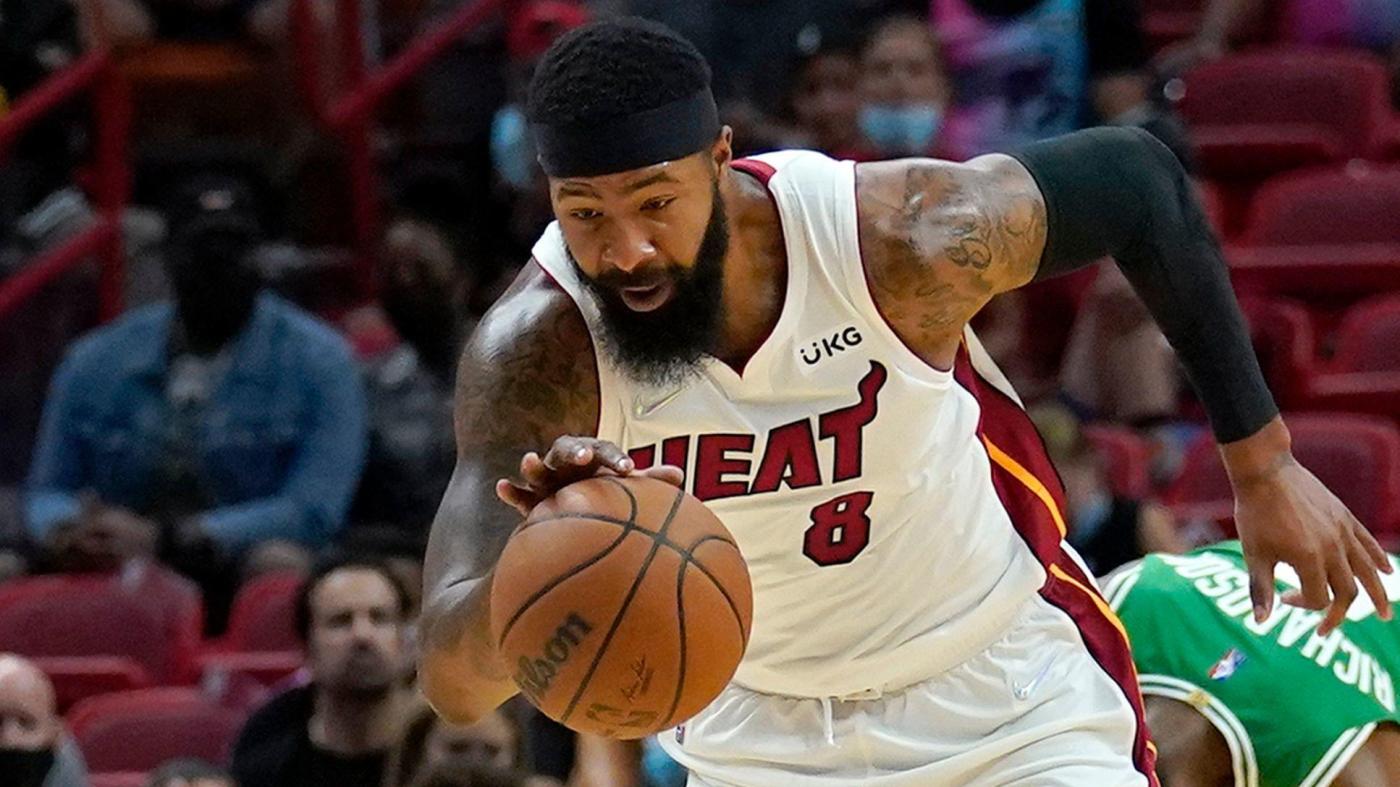 With Erik Spoelstra there seemingly always is a late-season twist, sometimes offered by the Miami Heat coach shortly before the postseason, sometimes unveiled at the start of the playoffs.

Perhaps that twist is already at hand, with Markieff Morris receiving the minutes at backup center in Friday night’s victory over the Oklahoma City Thunder at FTX Arena, with Dewayne Dedmon a healthy scratch for the first time since the fifth game of his Heat tenure last April .

For his part, Spoelstra downplayed what certainly appeared as an experiment.

“I wanted to find a game, if I could, to not have to run Dewayne into the ground,” he said, with Dedmon having dealt with back spasms. “Because he’s been dealing with, you know, some things. He’s been able to go, for sure, but this was a good opportunity to give him some rest, feeling good, and get him ready for Monday.”

That is when the Heat resume their schedule, with a road game against the Philadelphia 76ers.

Whether Morris as backup center continues to be seen.

But at 6 feet 9, 245 pounds, the same height and just 10 pounds lighter than starting center Bam Adebayo, Morris said he has been here before.

“I’ve played a little bit of the five last year with the Lakers,” Morris said. “I actually played it in the playoffs, the entire playoffs. The game, honestly, is a lot easier at the five, especially now, you don’t have, really, too many centers that are posting up that come off the bench.

“So, for me, it is what it is. You just put me out there, I’ll figure it out. We have the cast to be able to figure it out easy.”

According to Basketball Reference’s positional tracking, Morris spent just 7% of his minutes during the 2020-21 regular season with the Lakers at center, but then 42% of his minutes in the playoffs at center, perhaps again poised for a similar shift.

The last time Morris played a significant amount of the schedule at center was in 2018-19, when he took 54% of his minutes at center in his split season between the Washington Wizards and Thunder.

Like Adebayo, Morris said he is comfortable working from the foul-line area, either then attacking the rim or facilitating.

“I’m capable of making plays from there,” he said. “I can score it, obviously. Yeah, whatever is needed. [Friday], they didn’t do a great job of protecting the rim or helping when I had a small on me, so it was just get it and score. But against other teams that may be coming on a trap, I can pass the ball easy, too. So it’s not a big deal.”

By taking temperature of the option, it provides a runway for continuity these 11 games before the April 16 start of the NBA playoffs.

“I think definitely with whatever it is,” guard Duncan Robinson said, “10 games or so, 11 games, will be about just really locking into who we are and the machinations of how lineups will come together. That way, we don’t need to figure anything out come playoff time. We can just compete.”

The trial run proved efficient and effective, Morris closing with 13 points in his 19:54 in his third game back after missing 58 due to whiplash.

“Obviously he’s like a stretch,” forward Caleb Martin said. “So he does a great job being able to stretch the floor and open up those driving lanes. And obviously he has the ability to shoot it, like a lot of other guys. But that’s what he does, he can score the ball. So guys go to respect that.”

Already some of the minutes have come alongside former Phoenix Suns teammate PJ Tucker.

“We played five years together in Phoenix,” Morris said. “He’s one of my good friends. He was one of my best friends before I got here. So we have a lot of stuff that we talk about. I know his game to a T. He knows my game to a T. We both do a great job of putting each other in the places that need to be put, so we both succeed. We’ve got that camaraderie on the court.”