Maruti has now released a new teaser of the Grand Vitara, this time showing the available luxury lighting at the rear 2022 Maruti Grand Vitara: On July 20, Maruti is all set to launch its all-new 2022 Grand Vitara. The company has already released two teasers about it. Now he released a new teaser. This 10 second teaser shows the SUV’s tail lights. The company has given sleek LED lights to the Vitara. It is installed in three sections of triple line. This light is not interconnected, which makes its design quite different compared to other SUVs in the market. With these lights, the rear of this SUV looks very luxurious. Earlier, the company had revealed the Vitara’s name in its first teaser and its front lights in the second teaser.

After the Vitara, the company will discontinue the S-Cross
With the launch of the Vitara, the journey of Maruti’s luxury car S-Cross will come to an end. However, the Suzuki S-Cross will be sold outside the country. Maruti S-Cross was the first car to be sold from Nexa outlets. Later, expanding Nexa’s portfolio, the company launched Ignis, Baleno, Ciaz and XL6. Maruti sells its premium cars at Nexa outlets. The XL6 is currently the most expensive model in Nexa showrooms. But the new Vitara will be the company’s new flagship car. The XL6 is priced between Rs 11.29 lakh and Rs 14.55 lakh In such a situation, if you are planning to buy this car, then there should be no delay in getting it.

Also read- Full video of this car is on YouTube before its launch in India, see how luxurious it is Maruti Grand Price Start
Maruti Grand Vitara has started bookings. Customers can book this SUV with a token of Rs 11,000. It can be booked online and offline. Its offline booking will be done at Nexa showrooms. However, the company has not disclosed its price till now. The price is expected to be revealed on July 20. Meanwhile, website CarPrice has given its starting ex-showroom price of Rs 9.50 lakh. Now if this price of Grand Vitara is considered correct, it becomes cheaper than Creta and Seltos.

Also Read – 7 Electric Cars That Run More Than 400Km, 1Km Will Cost Few Paise; Some models are in your budget 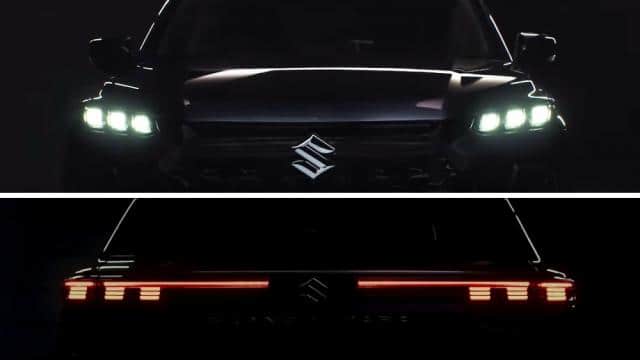 External: Maruti’s new Vitara may be built on the platform of the Toyota Highrider, but it will be very different on the exterior. Its front-end and rear design will be different. The newly designed grille will be available at the front. A brand new bumper has been added to it. On the front, it will feature a number of different LED lights. The size of this compact SUV will also be large. It is expected to compete directly with Hyundai Creta and Kia Seltos.

Internal: The interior has also been completely redesigned with new upholstery. Like the Hyryder, the Vitara will get a 9-inch touchscreen infotainment system and a head-up display. Features like Vitara UHD, ventilated seats, connected car technology and 360 degree camera will be available The top variant will also get a panoramic sunroof. It may be similar to Toyota Highrider in terms of features. It is believed to be Maruti’s new flagship SUV.

Engine: Maruti Suzuki’s new Vitara will be launched with hybrid and mild hybrid engines. It will get a 1.5L K15C dualjet petrol unit along with Toyota’s 1.5L TNGA petrol unit. Which will be equipped with mild hybrid technology. This SUV will get 6 speed manual and 6 speed automatic gearbox options. The manual variants of this SUV can be offered with all wheel drive system.