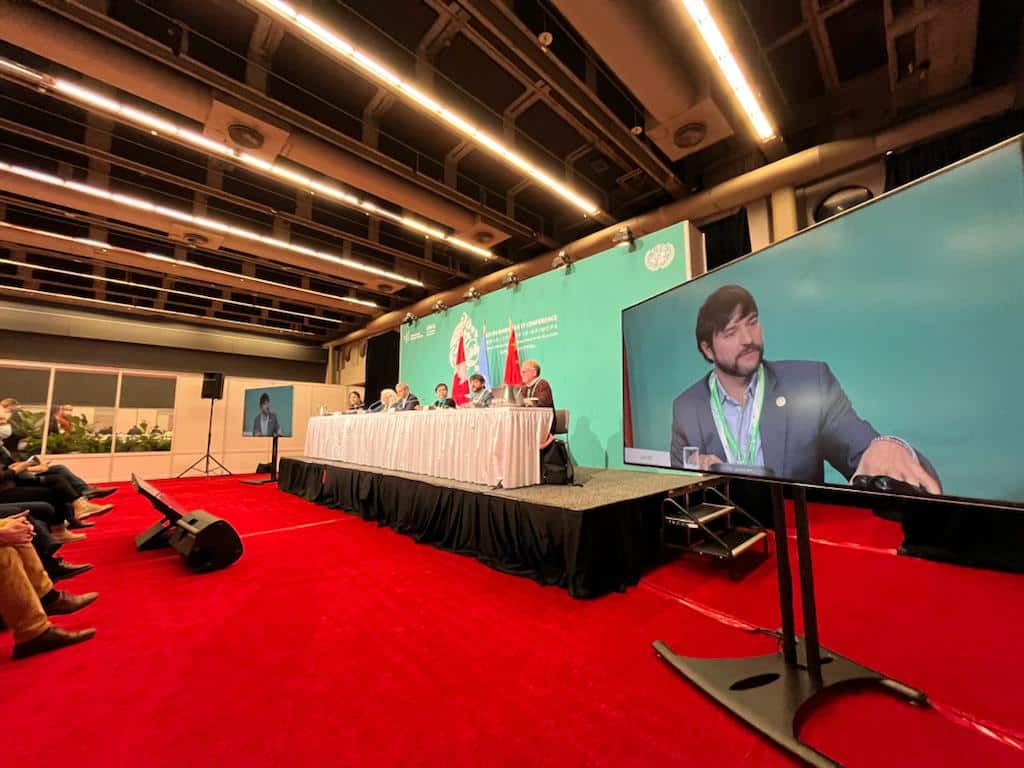 After coming Mayor Jaime Pumarejo Haynes to the town Montreal – in Quebec, CanadaTo participate in the 15th Conference of the Parties (COP15) United Nations Convention on Biological Diversity (CBD), For the first time, the District President registered his presence as a spokesperson. champions mayor, A coalition of leaders committed to addressing inequalities and promoting more inclusive economic growth in cities.

On this occasion, there are calls from 15 cities around the world to increase direct funding to allow the implementation of ambitious greening and ecosystem restoration projects, with Barranquilla being the applicant city.

In his speech, the District President highlighted the importance of listening to the needs of cities and the “lack of funding that affects our ability to implement solutions in cities such as adapting to climate change, preserving biodiversity, is, pointed out as an obstacle to Barranquilla and some in Latin America”.

he said since Biodiversity Network of Latin America and the Caribbean, “We want to show the world that Colombia and Barranquilla and other similar cities preserve biodiversity, that we want to take advantage of it in the future; To be able to fuel the next revolution in science, technology and knowledge, not only to fight climate change, but for that we need help in terms of funding; That’s why we support this initiative.”

A turn on kobi brand He mentioned the importance of these places for dialogue. “What an honor to be here with so many prominent members at this table speaking about local funding needs.”

“We have to rethink how we value nature, how we think about it and how we incorporate it into the economy. It is important to bring nature closer to people with urban parks; I have seen how reduces violence and increases well-being and health. We saw this during the pandemic when we needed to be in touch with nature, so it is important that the cities of tomorrow expand with nature.”

It should be noted that major projects led by the District President to combat climate change and consolidate Barranquilla as a Biodiversity City include: Restoration of parks with program ‘For everyone the park’, the plantation and the Mallorcan Ecopark.

on purpose champion mayor Advocating for the funding of nature-based solutions (sbn) and ecosystems in cities; improve access to finance sbn for infrastructure; Improve partnerships with the private sector and communities to reach the most vulnerable.

Local rulers called on the financial community and national governments to improve financial infrastructure and cooperate more directly with the private sector. The foregoing, aimed at funding nature-based solutions such as forests, water bodies and parks in and around urban areas.

The Mayor of Barranquilla concluded the panel with the following reflection: “It is absurd that there are still people who do not understand that this is happening and that their actions have a direct impact on our environment. We need to treat them as such.” We have to educate them to know that biodiversity is the way forward, that we will be able to create the science, the work and the quality of life that will lead to it”.