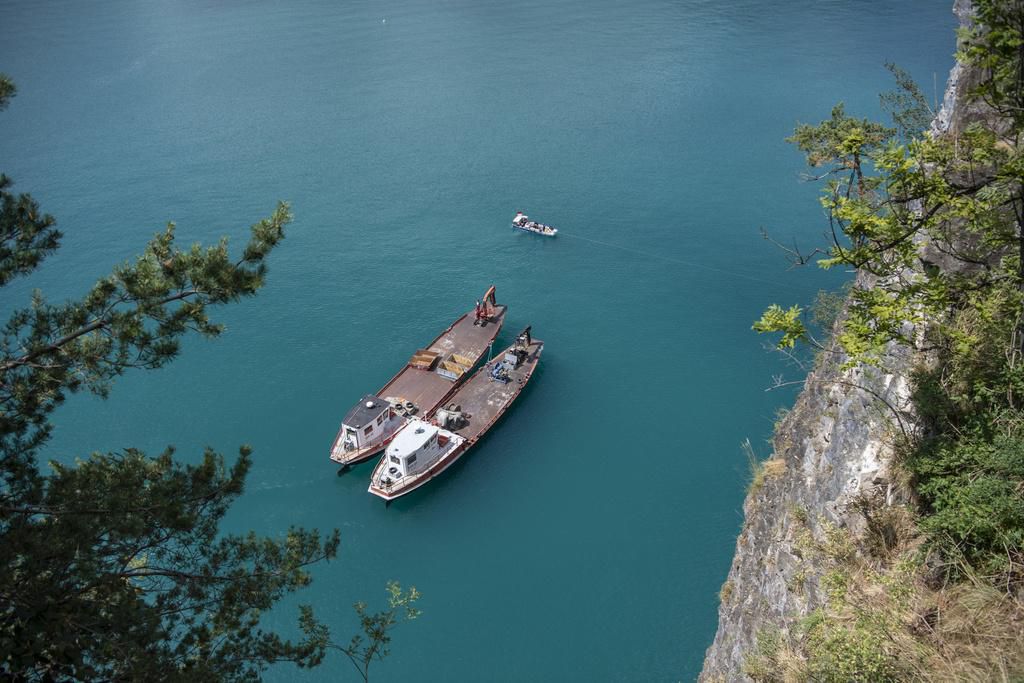 Schwyz Canton Police have reported the accident on Exenstrasse. The rescue operation was called off in the afternoon and will continue on Wednesday.

Essentials in a nutshell:

As reported by Schwyz Canton Police in the evening, the rescue was canceled on Tuesday afternoon and will continue on Wednesday morning, reports 20 minutes. Spokesman Florian Grossman did not give a reason for the demolition.

The previously missing car, which crashed into the lake on Exenstrasse on Sunday afternoon, was located at a depth of 182 meters shortly after Tuesday afternoon. It is still unclear how many victims were in the car.

In a media event at the site, Schwyz Canton Police spokesman Florian Grossmann said a camera ship located the car. The car involved in the accident had a Zurich license plate.

Read Also:  'It's almost like you have to leave': youth in regional areas face a bigger stigma over not moving to the city

The car was driving on Sunday afternoon from Flühlen UR to Exenstrae in the direction of Brunnen SZ. It touched the rock on the right side of the road during the wolf’s jump. It was thrown across the road, hit a railing and fell from a height of 45 meters into Lake Lucerne, which is up to 180 meters deep there.

Axenstrasse is part of the national road network and is an important access road towards Gotthard. It passes through a cliff face that drops steeply into the lake. The federal government plans to build a new road to better protect the transit axis from natural hazards. The project is blocked due to objections. (sda)

The media conference is over. According to Florian Grossmann, Kapo Schwyz wants to inform you about the recovery of the car. However, the spokesperson is currently seeking some patience and reiterates that the rescue may take a few hours.

“The vehicle is at the bottom of Lake Lucerne. No one can dive to 182 meters. In the first phase of the rescue, an attempt is made to bring the car to a higher level to be able to slowly pull it out of the water.”

According to Grossman, after rescue, the vehicle must be moved to a protected location.

After receiving the Zurich license plate, the cantonal police informed the people of the area and the family members of the car owners.

Police have not released any details about the vehicle or the victims.

Kapo Schwyz will now deal with the disposal of the car in collaboration with Kapo Zurich and private companies. Rescue from a depth of 182 meters is very complex and can last for several hours. Police did not want to comment on how many people were in the accident car and how many.

Rescue from a depth of 182 meters is a big challenge for the experts. The car is currently at the bottom of Lake Lucerne.

Press conference begins. A media spokesman for Kapo Schwyz reported the crash of the car from Exenstrae at the crash site in Brunen. According to Florian Grossmann, the car involved in the accident was found on Tuesday afternoon at a depth of 182 meters in Lake Lucerne with the help of special materials from the Zurich Cantonal Police.

the police are divers The car that crashed in Lake Lucerne off Exenstrasse on Sunday Till Monday because the lake there is very deep. The search was called off and is to be continued on Tuesday with the help of Zurich experts.

Schwyz Cantonal Police said on Monday that the operation could last several days.

On Sunday afternoon the car going from Flulen UR to Brunnen SZ collided with a cliff on the right side of the road when the wolf jumped for unknown reasons. It fell on the road, hit the railing, fell into Lake Lucerne from a height of 45 meters and sank.

The Axenstrasse leads through a vertical cliff into the Wolfsprung. Hence the lake is very deep near the shore, up to 180 meters according to the police. According to police spokesman Florian Grossman, police divers descended to a depth of 40 meters – several dives.

For further search operations, Schwyz Cantonal Police is clarifying the use of special equipment such as diving robots or probes. He is dependent on allies from the other corps, Grossmann told the regional magazine Central Switzerland from Radio SRF1. These works required extensive planning.

The detection of vehicles and people at this depth is also a special challenge for the experts of the Zurich Cantonal Police, the statement said. Together with the Maritime Police of Schwyz Cantonal Police, they will search the bottom of the lake on Tuesday morning.

It is said that the investigation of the submerged vehicle and the affected people is yet to be completed. It is now clear that the car has been redeemed in the canton of Zurich. (sda)

Relatives and friends mourn the victims of Astroworld