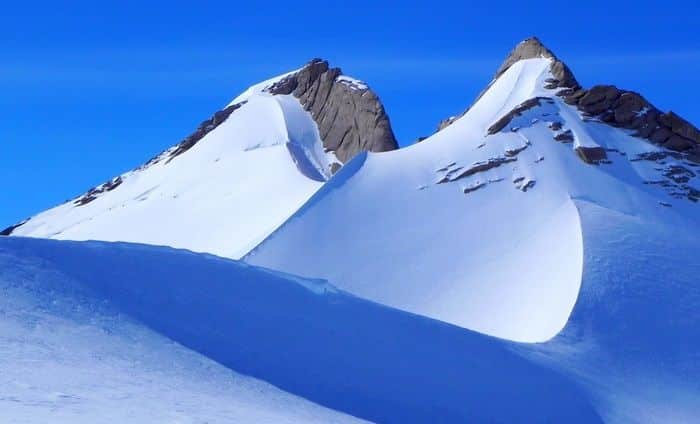 East Antarctica is a ‘sleeping giant’ that boasts the largest ice sheet on Earth and its melting cannot address climate change due to emissions of greenhouse gases, which can cause sea levels to rise within several centuries. Can extend up to five metres.

This is explained in a new study by researchers from institutions in Australia, the United States, France and the United Kingdom, and published this Wednesday in the journal ‘Nature’.

The study indicates that the worst effects of global warming in the East Antarctic ice sheet could be avoided if temperatures did not rise by more than 2ºC above pre-industrial levels, a goal included in the Paris Agreement, which was signed in 2015. It was adopted to avoid climate change.

If global warming stays below that threshold, the East Antarctic Ice Sheet will contribute less than half a meter to sea level rise by the year 2500. However, if it exceeds the 2ºC barrier, that layer frost could potentially raise sea levels by up to five metres. till that date.

To assess the sensitivity of the East Antarctic ice sheet, the researchers looked at how it responded to past warm spells, as well as examined where changes are currently taking place.

They then analyzed computer simulations carried out by previous studies to examine the effects of different greenhouse gas emission levels and temperatures on the ice sheet for 2100, 2300 and 2500 years.

“An important conclusion from our analysis is that the fate of the East Antarctic ice sheet is in our hands,” says lead author Chris Stokes from Durham University in the UK.

Stokes stresses in this regard: “This ice sheet is by far the largest on the planet, it contains as much as 52 meters above sea level and it is very important that we do not wake this sleeping giant.”

“We used to think that East Antarctica was much less vulnerable to climate change than the West Antarctic or Greenland ice sheets, but we now know that there are some areas of East Antarctica that are already showing signs of ice loss. Satellite observations have revealed evidence of thinning and retreat, particularly where glaciers that shed the main ice sheet are exposed to warm ocean currents.”

The new analysis suggests that if warming by higher emissions continues beyond 2100, East Antarctica could cause global sea level rise by several meters over the next few centuries, increasing the substantial contributions of Greenland and West Antarctica. and millions of people would be at risk. around the world who live in coastal areas.

“An increase in global temperature below the 2 °C threshold set by the Paris Climate Agreement should mean we avoid a worst-case scenario, or perhaps even halt the melting of the East Antarctic Ice Sheet, and, therefore, global sea level Limit the effect of growth,” Stokes says.

When world leaders met at the 2015 climate summit in Paris, France, they agreed to step up efforts to limit global warming to below 2 °C and limit growth to 1.5 °C.

According to the most recent report by the Intergovernmental Panel on Climate Change (IPCC), published last year, human activity has increased the global average temperature by about 1.1 °C since pre-industrial times.

The new study highlights that the East Antarctic ice sheet could raise sea levels by two centimeters by 2100, with a drastic reduction in greenhouse gas emissions and a modest increase in temperature.

Instead, if the world continues on a path of much higher greenhouse gas emissions, researchers can’t rule out the possibility that the ice sheet could raise sea levels by about half a meter by 2100, but they did see . ,

If emissions remain beyond 2100, it could contribute one to three meters to global sea levels by 2300 and two to five meters by 2500.

Importantly, if the goals of the Paris Agreement are met, significant ice loss from East Antarctica could be reduced or even prevented, and the ice sheet’s contribution to sea level rise by 2500. shall be kept below half a meter.

“We have a very short window of opportunity to rapidly reduce our greenhouse gas emissions, limit rising global temperatures, and preserve the East Antarctic Ice Sheet,” said Nerrily Abrams of the Australian National University in Canberra.

Abrams concluded: “Taking such action would not only protect the East Antarctic Ice Sheet, but would also delay the melting of other major ice sheets, such as Greenland and West Antarctica, which are more vulnerable and at high risk of extinction.” Therefore, it is extremely important that countries achieve and strengthen their commitments to the Paris Agreement.”